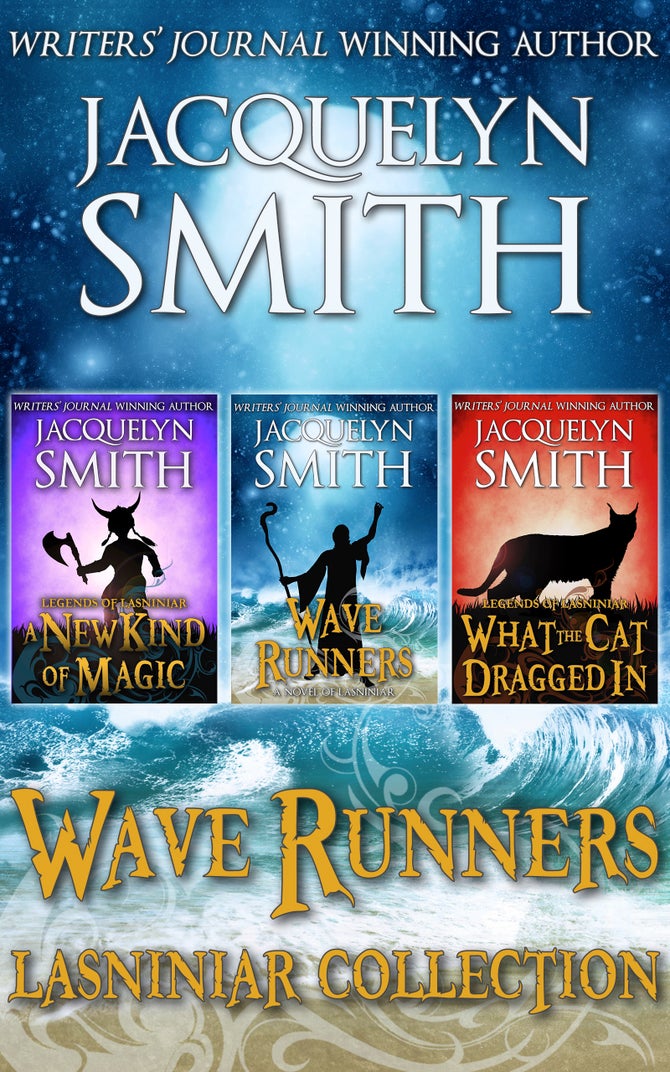 But somehow he keeps ending up with one. First the wildcat Sinstari, and then a dwarf orphan named Paige—dubious partners in his adventures across Lasniniar. (And never mind his elf friend, Iarion).

Still, someone needs to help Barlo save the day...

Immerse yourself in a world of elves, dwarves, and magic in this collection from the World of Lasniniar epic fantasy series by award-winning author, Jacquelyn Smith. This collection includes one novel and two shorts:

Legends of Lasniniar: What the Cat Dragged In

Legends of Lasniniar: A New Kind of Magic

A dwarf apart. Barlo knows he no longer fits in among the people of Dwarvenhome. His secret past looms over him.

He longs for a chance to set the heavy burden aside. To feel like himself again. A secret journey to make a new home among the elves seems like the only way. And if he happens to stumble into an adventure with his best friend Iarion once he gets there, even better.

But a force more powerful than Barlo also struggles to find a new life.

And the end of the dwarf’s journey lies much farther than the Light Elves’ wood.

The ongoing saga of Barlo and Iarion continues to lead to strange, new places, fraught with darkness and danger, in this fifth novel in the World of Lasniniar epic fantasy series.

Legends of Lasniniar: What the Cat Dragged In (Short Story)

The wildcat’s nose never lies. But no one understands his warnings. Not even his longtime dwarf companion and Narilga’s mate, Barlo.

And only Barlo stands a chance of saving her. (With Sinstari’s help, of course.)

How can he make Barlo understand, before Narilga’s time runs out?

A stand-alone story from the World of Lasniniar epic fantasy series. If you love cats and adventure, grab this book.

Legends of Lasniniar: A New Kind of Magic (Short Story)

Paige trudges along the Great North Road and does her best to ignore her misery. An autumn rain pelts her face and soaks her to the skin.

A lone dwarf woman wandering Northern Lasniniar in search of adventure. A part of her wishes she never left her warm, comfortable burrow with Barlo.

But Paige knows she needs to find her own way in the world if she wants to become something more.

A stand-alone story that opens a door to new possibilities in the World of Lasniniar epic fantasy series.