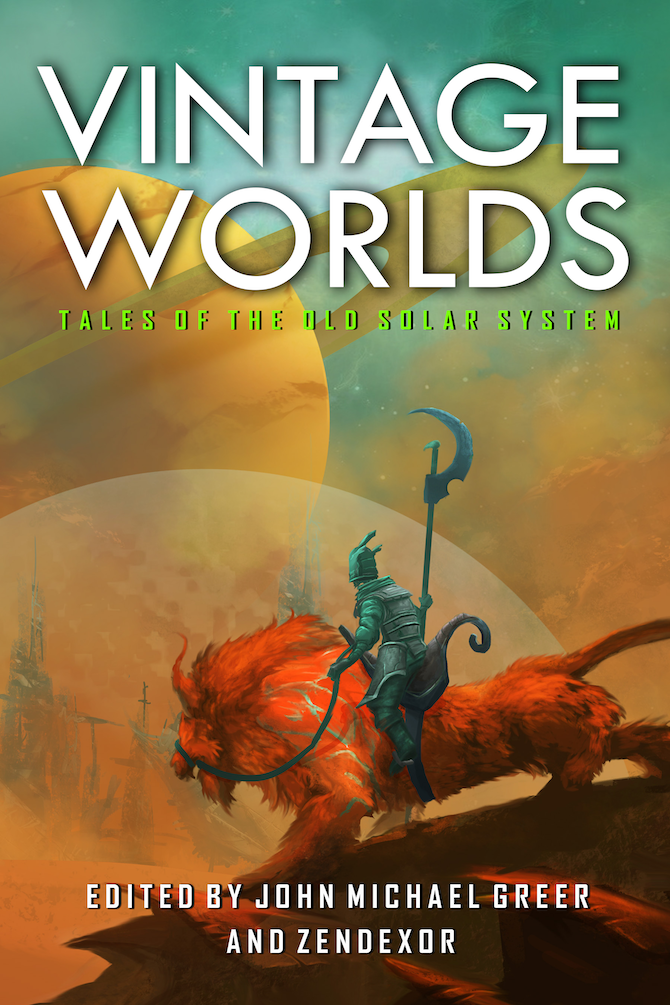 By Founders House Publishing LLC
There was a time when the solar system was much more interesting than it is today—when swordsmen dueled along the banks of the Grand Canal beneath the hurtling moons of Mars; when strange creatures writhed in the shadows of the mighty jungles of Venus; when Mercury’s Twilight Belt marked a thin band of habitable territory between the lethal heat of the sunward side and the eternal cold of the side that faced the stars; when the many moons of the Jovian and Saturnian systems, the great gas-giant worlds themselves, the tiny frozen sphere of Pluto, and even the myriad worldlets of the asteroid belt, were all crammed with living things, some of them intelligent, some of them dangerous, all of them wonderful.

Call it fiction if you will, but when Earthlings turned their eyes up past the edges of our own planet’s atmosphere, those were the dreams they dreamed and the worlds they longed to visit. Professional scientists watched the color changes that seemed to mark the Martian seasons and speculated learnedly about life elsewhere in the solar system. With that as justification, the writers of science fiction’s golden age flung their imaginations skyward and filled the pages of scores of lively magazines with tales of adventure on nearby worlds and the spaceways that linked them...