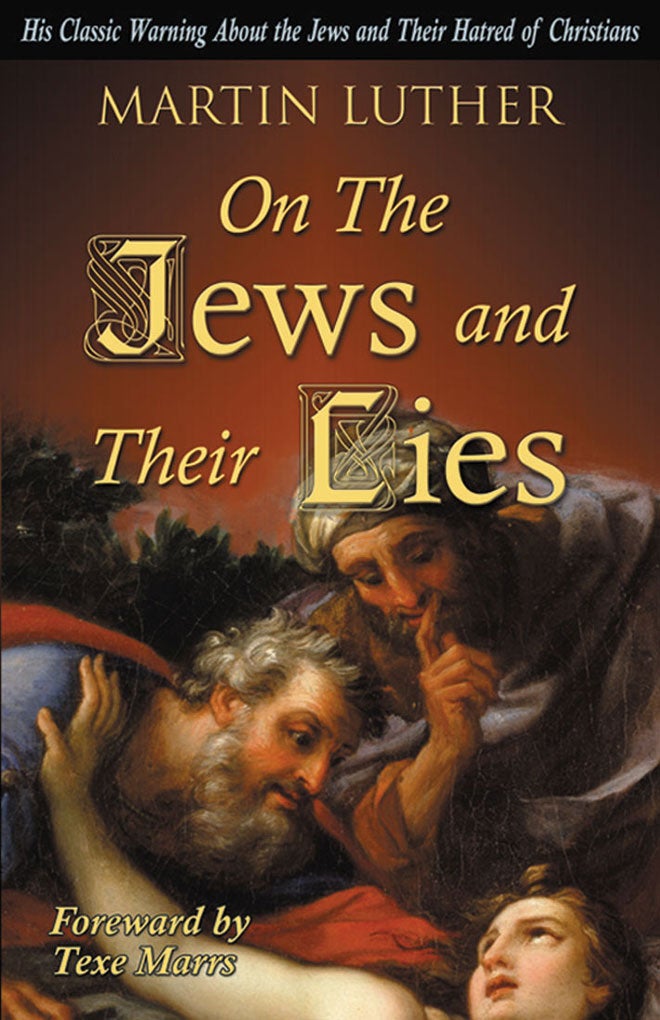 (Kindle) On The Jews and Their Lies

"Here is Martin Luther's classic book, banned and censored by the Jews and the Vatican for almost 500 years!" —Texe Marrs

Martin Luther, one of the greatest champions of the Christian faith ever to live, wrote this amazing book to warn Christians of the darkness of the Jewish religion.

As a young man, Luther befriended Jews and invited rabbis into his home. He even wrote a book advising Christians to be kind and loving to Jews. However, later in life, Luther learned of the true teachings of the Jews, teachings kept hidden. He discovered that Judaism was rife with hatred and blasphemy toward Jesus and Christianity.

In the Babylonian Talmud, the most holy book of the Jews, Luther found horrible lies about Jesus and his mother, Mary. The Talmud claims Jesus is a bastard, a liar, a drunk, and a sex magician who as a criminal deserved to die. His mother, Mary, is alleged to have been a filthy whore who conceived Jesus after illegitimate sex with Roman soldiers.

The rabbis boast that Jews are divine "gods" on earth, in contrast to non-Jews, who are said to be little more than dumb beasts. It is acceptable, then, to cheat and to rob non-Jews, even to kill them.

According to the Encyclopedia Judaica, Orthodox Judaism, the religion of the Jews, is the same today as it was in the days of the pharisees. Luther clearly understood that these terrible doctrines and lies could not stand unopposed. On The Jews and Their Lies is Luther's magnificent defense of Jesus the Messiah and his exposé of the unfounded lies and accusations of the rabbis.