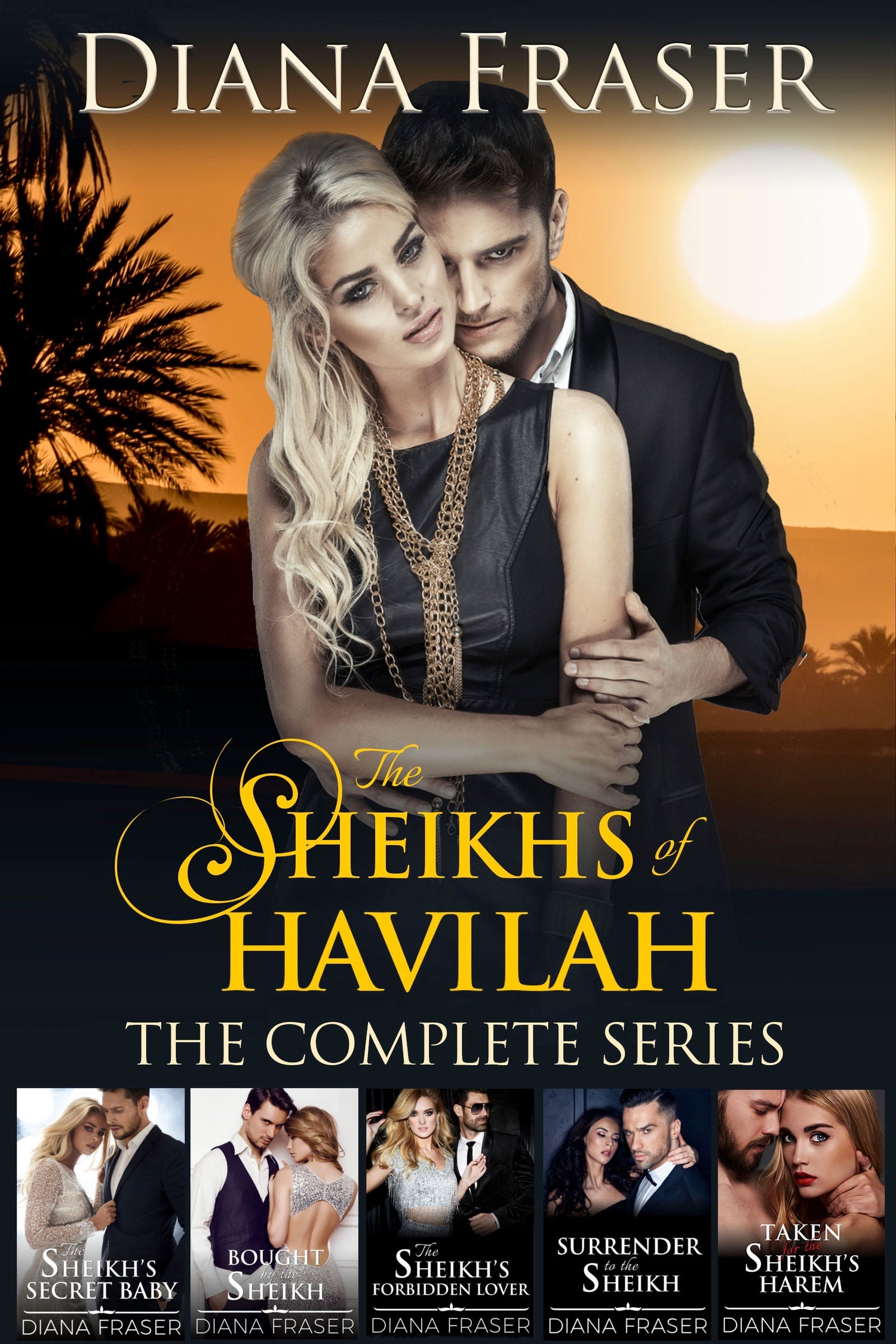 On Sale
$14.99
$14.99
Added to cart
The Sheikhs of Havilah… Five powerful sheikhs bound together by the ancient, fabled land of Havilah in which their countries lie, and by the promise they made to each other—to build an enduring peace in their lands, no matter what the price...

This boxed set contains all five of their stories—five contemporary, page-turning romances featuring:

Amir and Ruby
Zavian and Gabrielle
Roshan and Shakira
Xander and Elaheh
Zyir and Ashley
So forget the craziness of our real world, settle down in a comfy chair with your favorite pet, drink and chocolate, and lose yourself in the passion and intrigue which await you in the fabled land of Havilah!

A controlling sheikh with a secret, a beautiful model with a broken heart, forced into a marriage to save their son. But can it save their love?

Bought by the Sheikh

She was bought once, he’ll buy her again… A dysfunctional upbringing has made Sheikh Zavian bin Ameen Al Rasheed distrustful of people—but he trusted Gabrielle…until she leaves him, bought off by his father. But his obsession with her only grows so he buys her services from her university because if Gabrielle can’t be his wife, then why not his mistress?

Forced apart for the sake of peace! A playboy sheikh determined to ignore his heart, a beautiful sheikha for whom duty comes first. And a brief, passionate affair which leads to complications…

Surrender to the Sheikh

Playboy sheikh, Xander, and fiery sheikha, Elaheh, dislike each on sight but are forced together when Elaheh's safety is threatened. Will it bring them closer, or set them, and their countries, on a collision course?

Taken for the Sheikh’s Harem

Dr. Ashley Maitland needs to research harems to save her job, so she travels to a country which is as mysterious as its king, Sheikh Zyir. But there she discovers that the only way she can complete her research is to join the sheikh's harem!

Want to read more of Diana's sheikhs? You're in luck! There are two more series:

--Secrets of the Sheikh-- 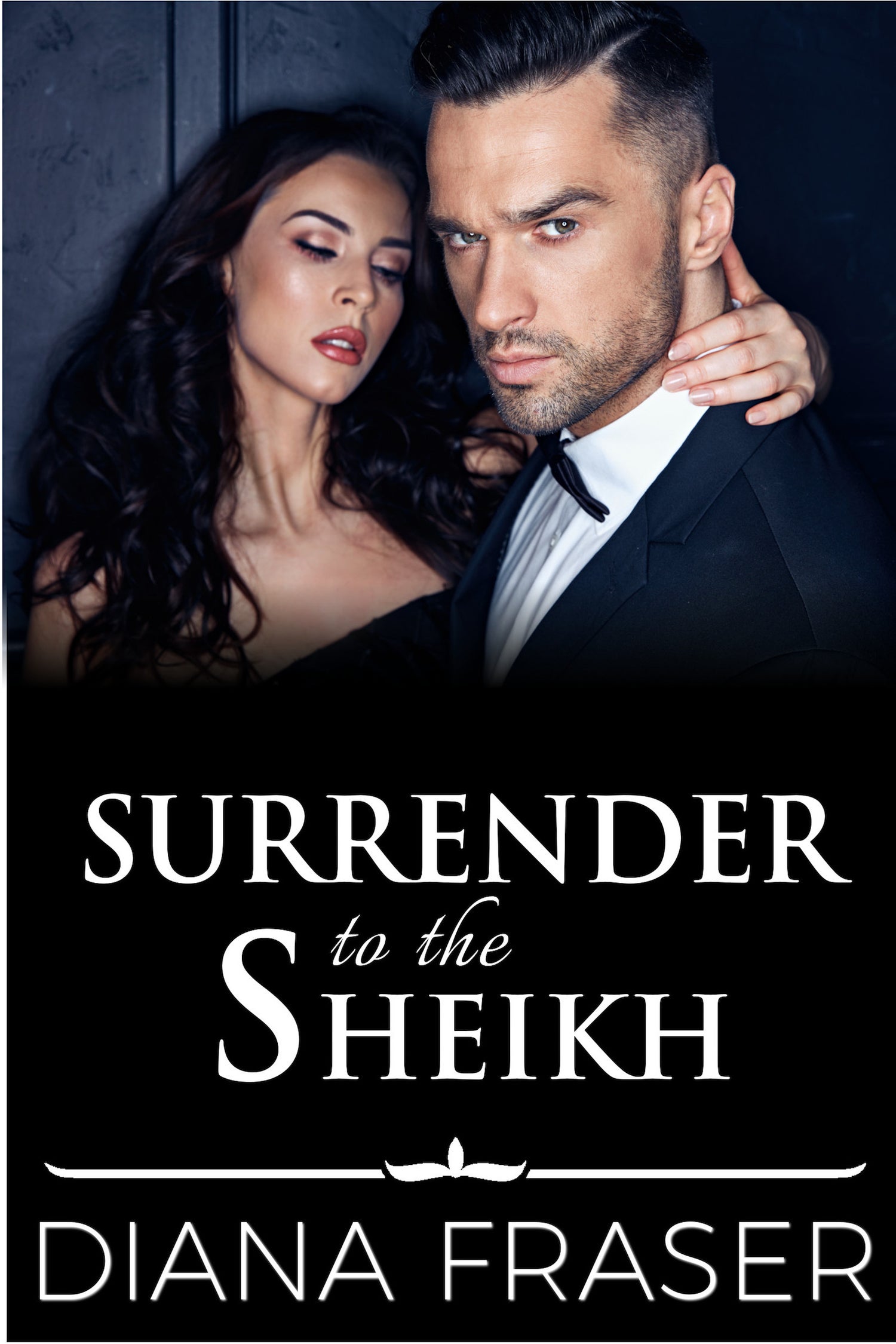 Surrender to the Sheikh 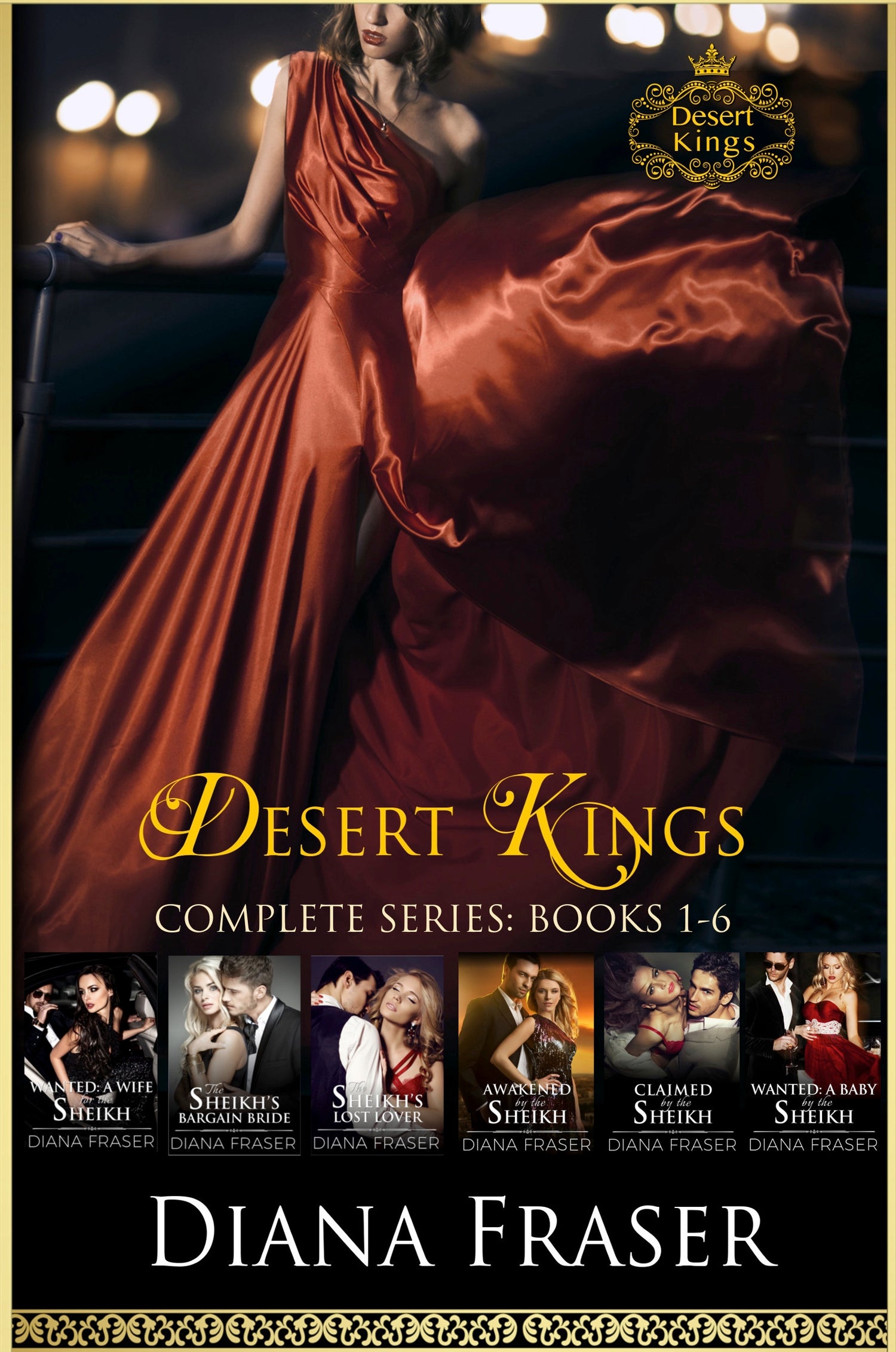 Taken for the Sheikh's Harem 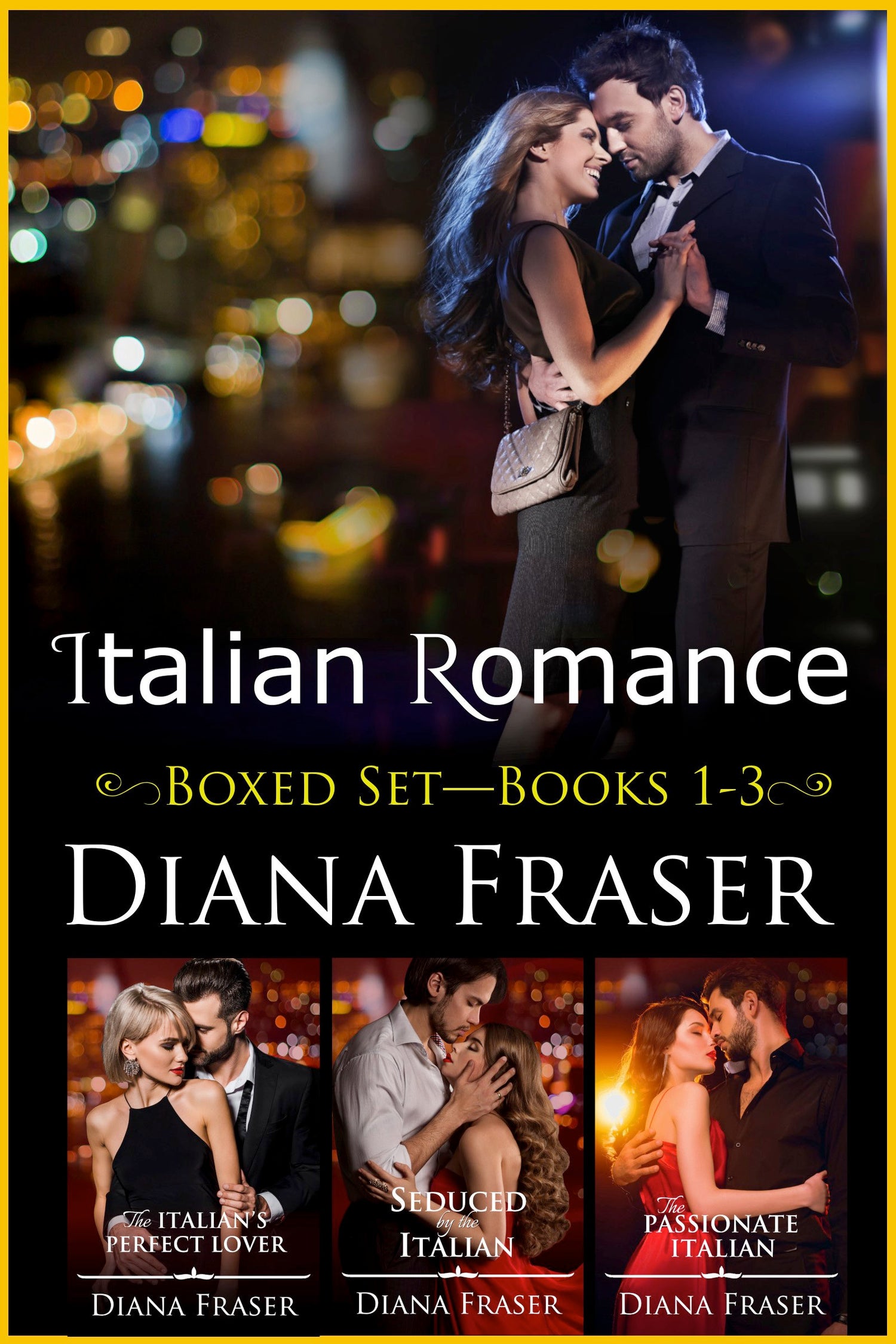 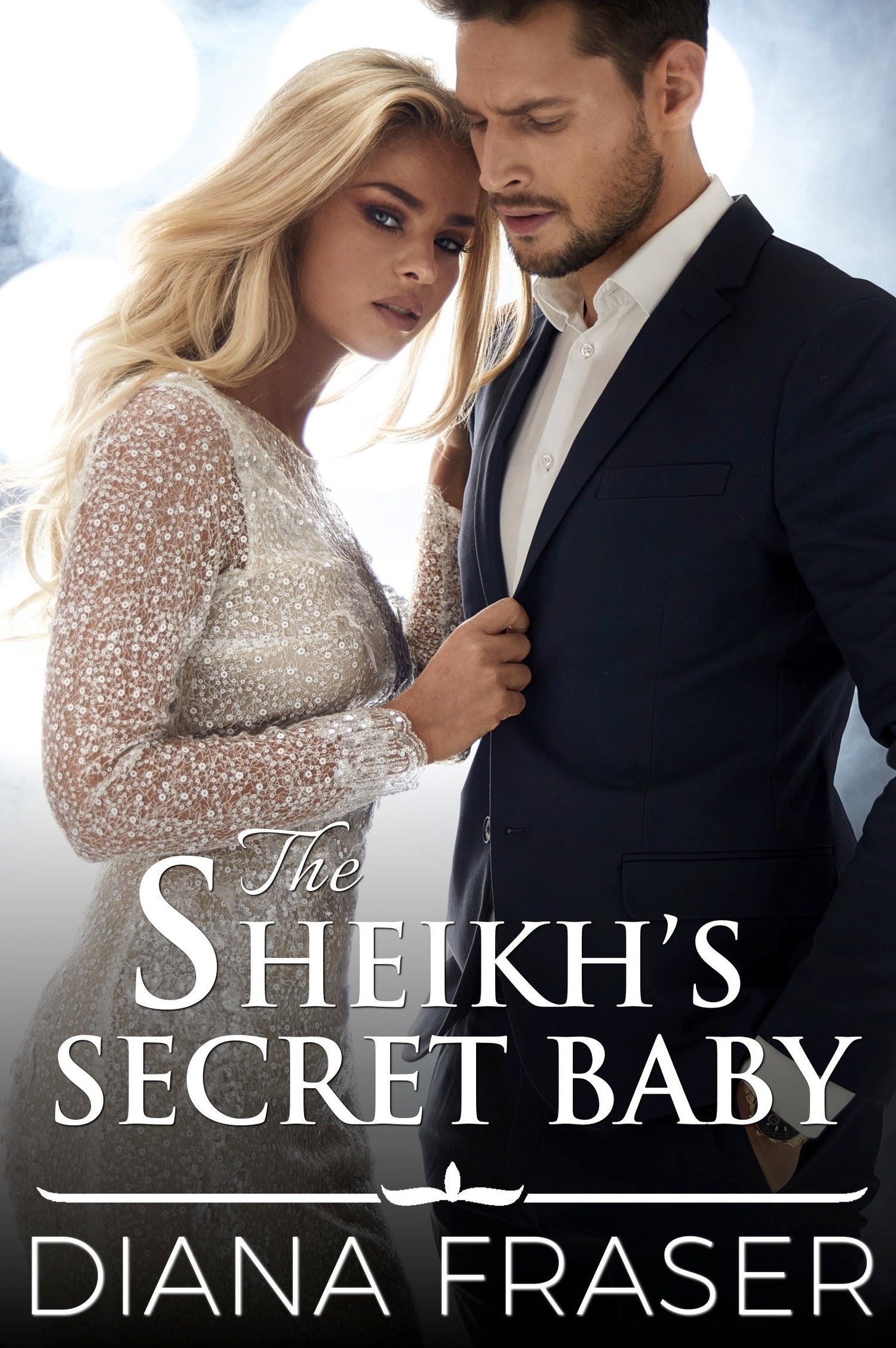 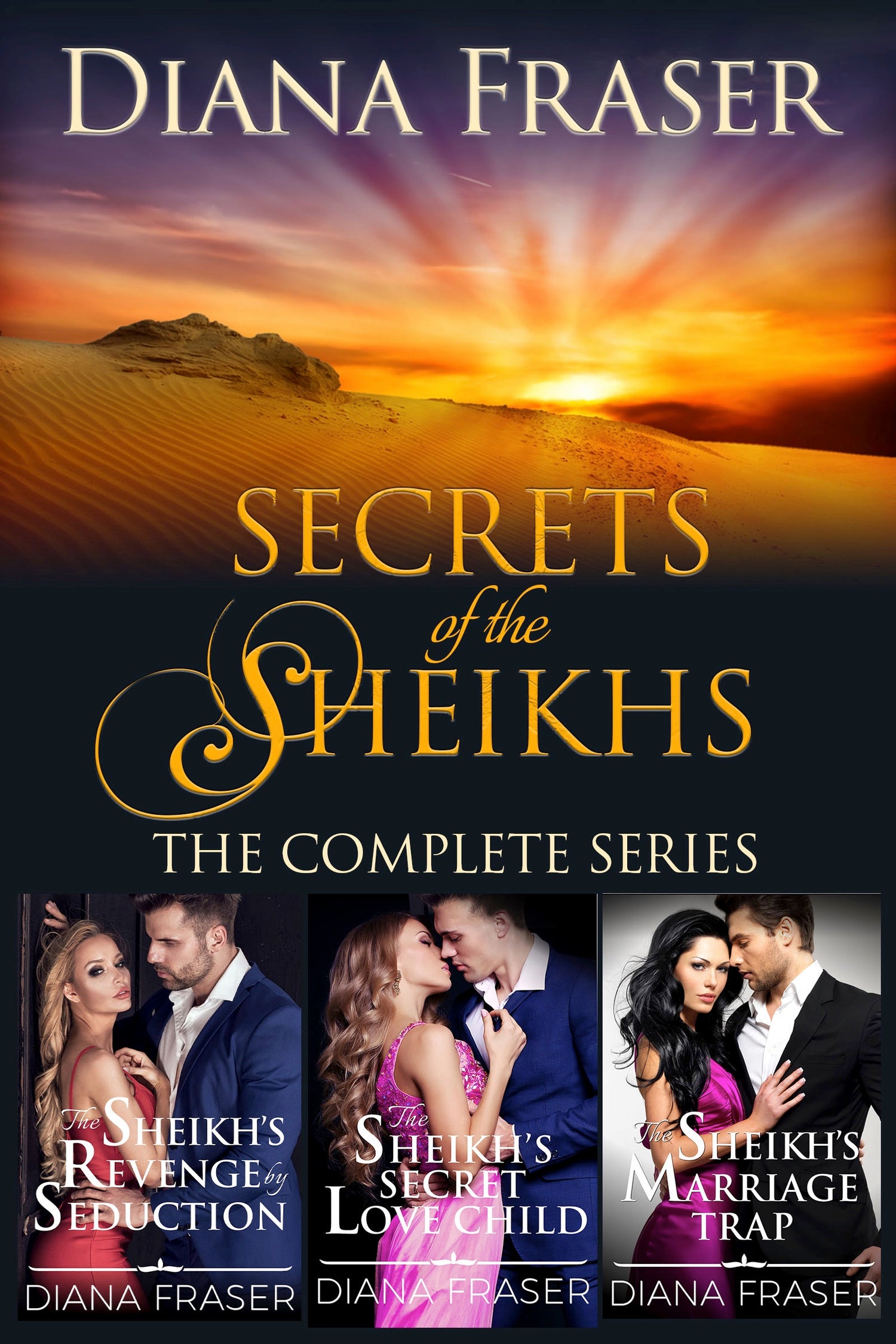 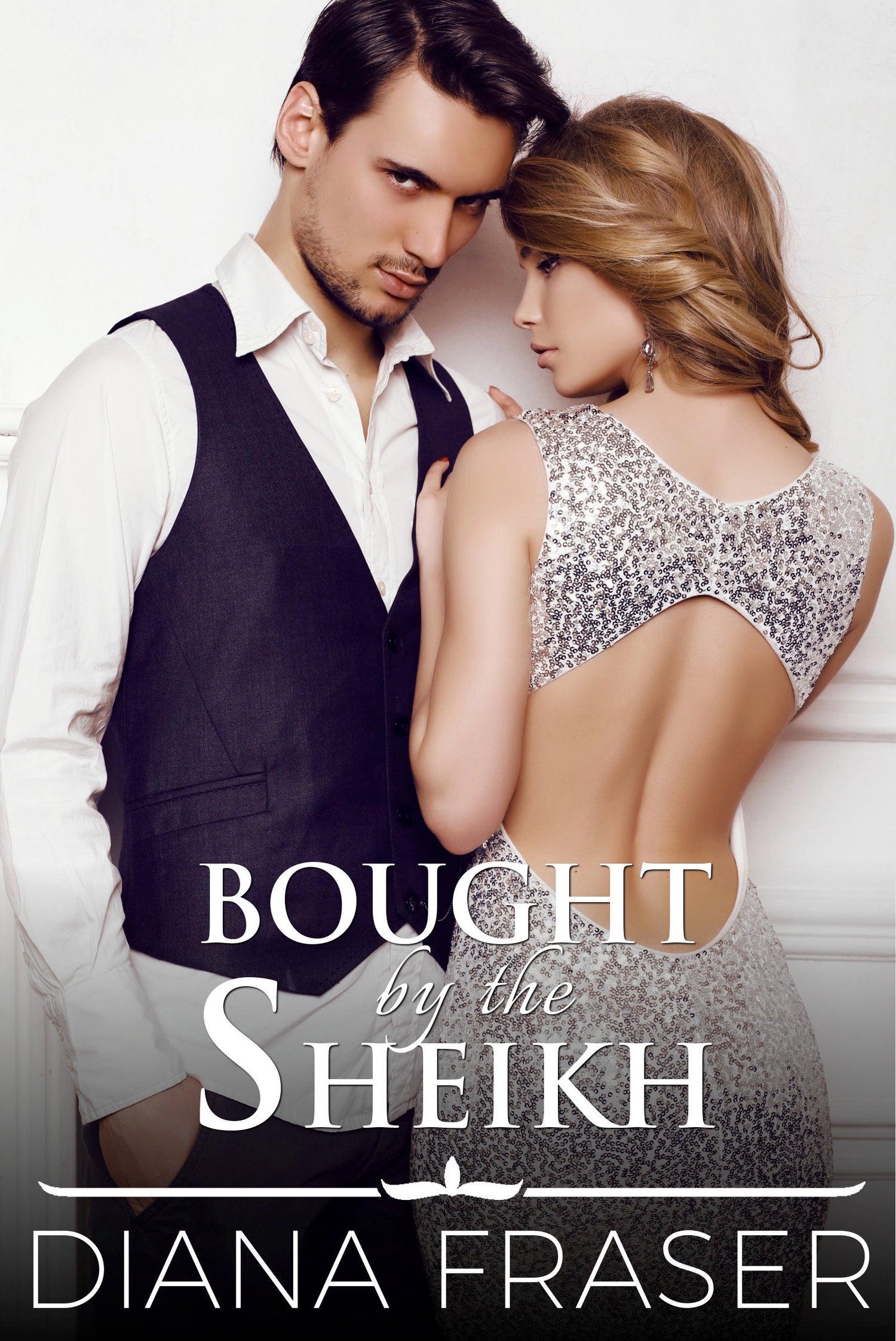 Bought by the Sheikh