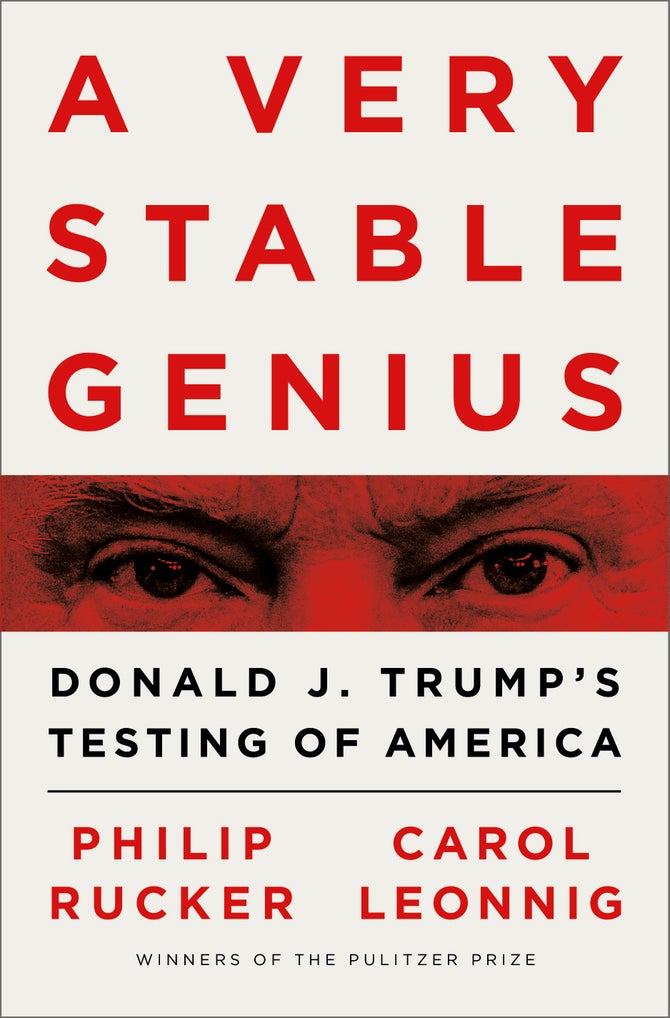 By YasBook
“[Rucker and Leonnig] are meticulous journalists, and this taut and terrifying book is among the most closely observed accounts of Donald J. Trump’s shambolic tenure in office to date. . . . Their newspaper’s ominous, love-it-or-hate-it motto is ‘Democracy Dies in Darkness.’ A Very Stable Genius flicks the lights on from its first pages.” —Dwight Garner, New York Times

“Richly sourced and highly readable…It is not just another Trump tell-all or third-party confessional. It is unsettling, not salacious.” - Lloyd Green, The Guardian

“Imagine, for a moment, a high-octane courtroom prosecutor summing up for the jury a case built on the vivid testimony of multiple eye-witnesses…. You could scarcely ask for more capable advocates. Leonnig won a Pulitzer Prize for her reporting on the U.S. Secret Service in 2015, then joined Rucker and others on a team awarded the Pulitzer for stories on Russian interference in the 2016 election.  Their new, collaborative account…walks readers step by step through the first 30 months or so of a presidency like no other. They leave little doubt that they and many of their sources regard that presidency as an unmitigated and deepening disaster — a threat to American government as we have known it.  Whatever may happen to that impeachment effort in the weeks and months ahead, it creates a moment of intermission in the Trump saga and a chance to consider how the landscape has already been altered by this president. A Very Stable Genius offers a harrowing companion narrative to be read during intermission.”