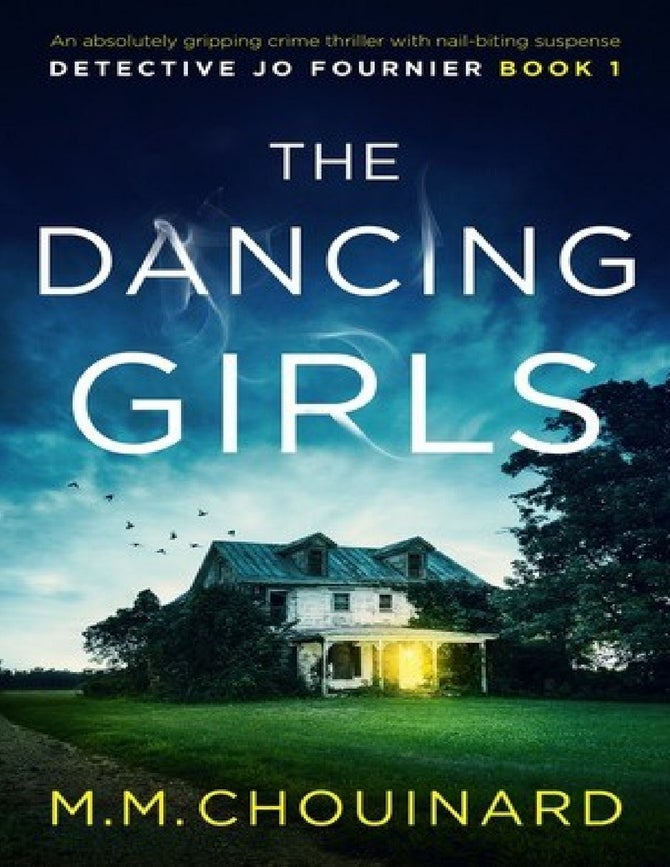 The Dancing Girls by M.M. Chouinard

By Ebookrapid
The light in her wide brown eyes dimmed as she drew her last breath. She might have been beautiful lying there on the floor, if it wasn’t for the purple marks on her neck and the angry red line on her finger where her wedding band used to be…

When Jeanine Hammond is found dead in a hotel in the picture-perfect town of Oakhust, newly-promoted Detective Jo Fournier is thrown into a disturbing case. Who would murder this shy, loving wife and leave her body posed like a ballerina?

Jo wants to know why Jeanine’s husband is so controlling about money, and where Jeanine’s wedding ring is, but before she and her team can get close to the truth, another woman is found strangled in a hotel, arms placed gracefully above her head like a dancer.

While digging through old case files, Jo makes a terrifying link to a series of cold cases: each victim bears the same strangulation marks. But the FBI won’t take Jo seriously, and if she disobeys direct orders by investigating the killings outside of her jurisdiction, it will mean the end of the career she’s already sacrificed so much for, even her relationship.

Just as Jo is beginning to lose hope, she finds messages on the victims’ computers that make her question whether these small-town women were hiding big lies. Jo thinks this is the missing link between the victims, but she knows the killer is moments away from selecting his next victim. Will it lead her to the most twisted killer of her career in time, or will another innocent life be lost?