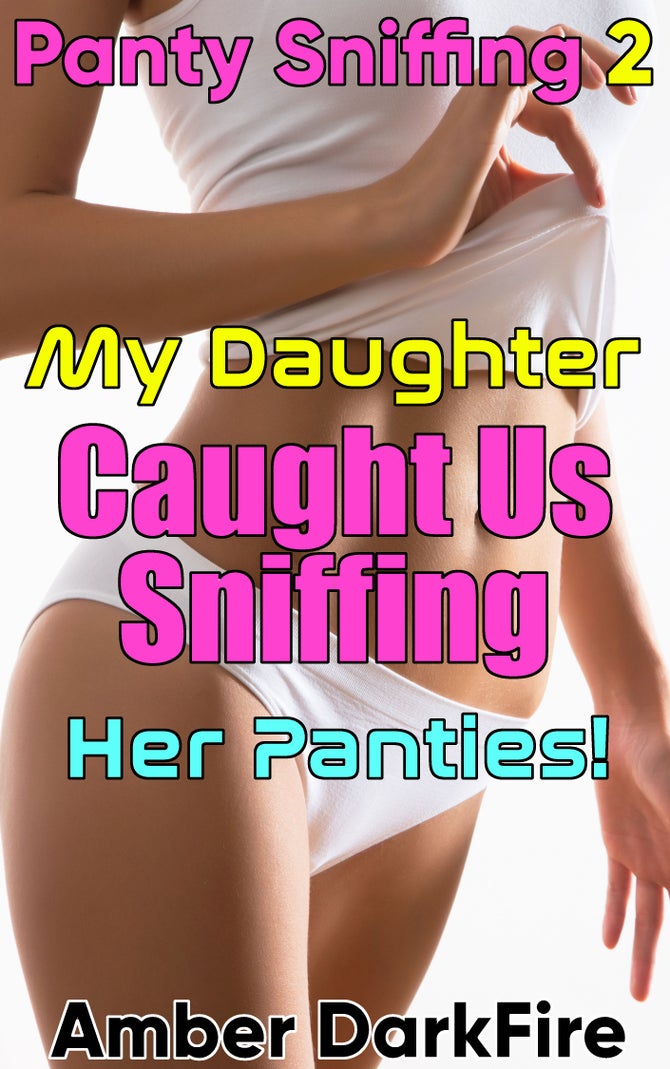 Panty Sniffing 2: My Daughter Caught Us Sniffing Her Panties!

By Amber FoxxFire
I knew the sweet gig was up. I was sure of it. My wife and I were being a bit too rambunctious, causing our baby-crazy, very fertile 18-year-old daughter, Mia, to burst into the room, thinking something was wrong.

That’s when she caught my wife and I kissing and fucking with her panties in her mouth.

I don’t know what she said, but my sweet wife whispered something as they both giggled.

Everything was going along perfectly. Every night my wife would steal a fresh pair of our daughter's creamy, rich, ovulating panties and we'd make out like depraved newly-weds.

As My 18-year-old daughter, Mia, grew deeper into her ovulation cycle, her pussy scent became much richer and more full of her flavorful virgin scent.

Honestly, I couldn't get enough of it. Fucking my beautiful wife while sniffing the ovulating pussy scent of my daughter was the best thing since sliced bread.

Pretending it was Mia I was fucking - with my wife fully on board, however - was a whole new level of excitement.

But that all changed one night when we got a little too rambunctious - and perhaps a bit too loud. Mia had been walking by and heard the commotion coming from our room. Thinking something terrible was happening, she busted in -

The look of pure, unadulterated shock that crossed Mia's face when she saw her dirty panties covering her mother's lips as I sniffed and licked them caused her to just stand there like a statue, her jaw half-way to the ground.

My wife immediately jumped up while I covered my nakedness. Full on shame filled my entire being as I knew now the nice gig was up. There was no way now my wife was going to keep the fantasy going.

"Mia, honey..." Stella wrapped her long arms around our 18-year-old daughter's athletic body. A tear formed at the corner of her eye and her mother wiped it away.

"Mom!" She protested, but then her mother whispered something in her ear and they both giggled.

Uh oh. My cock stiffened at the sudden turn of events. What were my devious ladies up to?

Stella whispered something else and Mia's pretty face blushed deep crimson. She looked away shyly until her mother prodded her.

"Do you really think so?" She squeaked softly.

My very shy daughter stepped forward and looked every direction but toward me. I shivered expectantly, wondering what her and her mother had just cooked up.