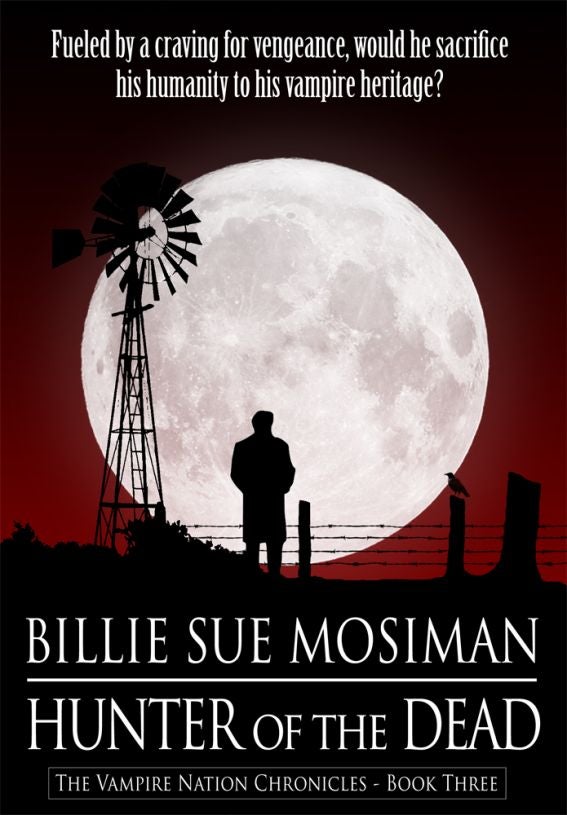 HUNTER OF THE DEAD

"Billie Sue Mosiman's vampire world has it's own set of rules and customs that must be adhered to if vampires are to coexist with their human counterparts. Hearts will go out to the hero who lost the love of his life and readers will understand the choices he makes. It is Malachi's own humanity that makes him a very good vampire. There are some secondary characters deserving of having their stories told and their are enough of them to fill up the author's entire writing career. CRAVEN MOON is horror the way that it was meant to be written. " Amazon review by Harriet Klauser for CRAVEN MOON, the paperback now titled HUNTER OF THE DEAD in e-book.

His name was Malachi and he was that rarest of beings, the child of a mortal and a vampire. Raised on an isolated Texas ranch, Malachi grew into his powers safe from discovery. For though himself a mortal, he was gifted with many of the abilities of his vampire mother. And though he chose to follow his mortal destiny, there were those among the vampires known as Predators who had sworn to seek his death. It's possible the Anti-Christ has come as a powerful vampire. Malachi is charged with two duties that are his true destiny--avenge his wife's death and stop the marauders who are willing to destroy humankind.

"Billie Sue Mosiman's novels are edge-of-the-seat all the way!" Ed Gorman, award winning author of BAD MOON RISING.
Offered in mobi format. Read on your Kindle or Kindle app on your phone, computer, or tablet.