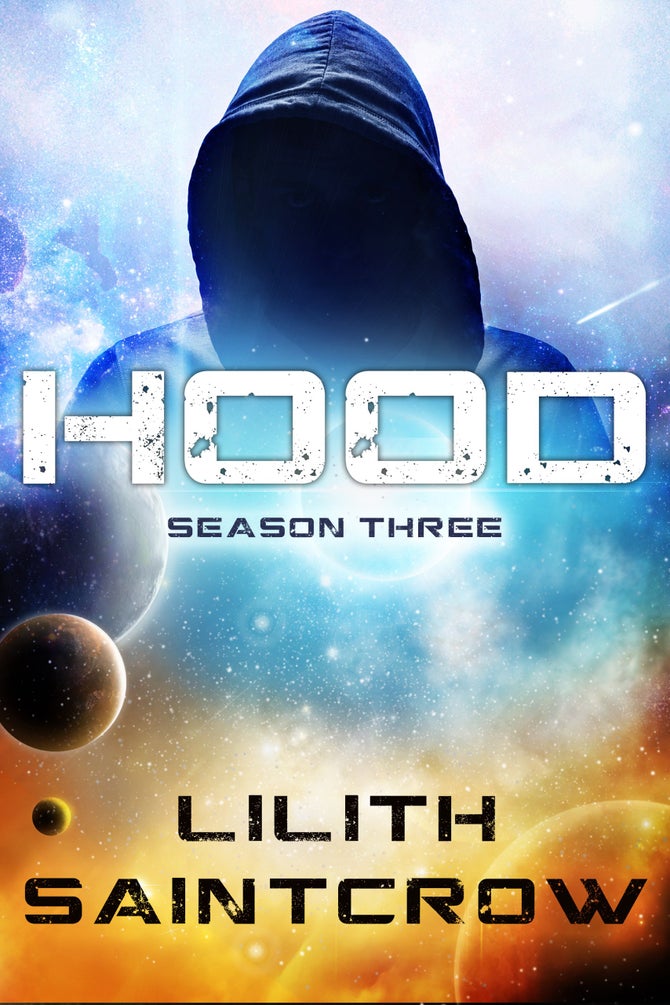 By Lilith Saintcrow
Robb Locke's trapped in a high-security Panoptikon and Sharud is under embargo, the military governeur Notheim's fist is tightening around the throat of the entire system for his master Jun Planetagen, and all hope is lost. Somewhere at the edge of charted space, the true ruler of Anglene is drifting in a wrecked flagship.

If Marah Madán can reach Gran Parl Riccar before the oxygen runs out, she can not only save Robb but also the rest of Anglene. It's going to take all her wit, all her resources, and a collection of spies, codejackers, rebels, and outright criminals, not to mention betraying her other childhood friend–Ged Gizabón, a dangerous adversary with secrets of his own.

Anglene is boiling, ready for yet another bloody civil war–and when it ends, Jun will be not only the Parl but the unquestioned dictator of the entire galaxy. Unless Marah and her ragtag alliance can stop him.

No hero ever stands alone…