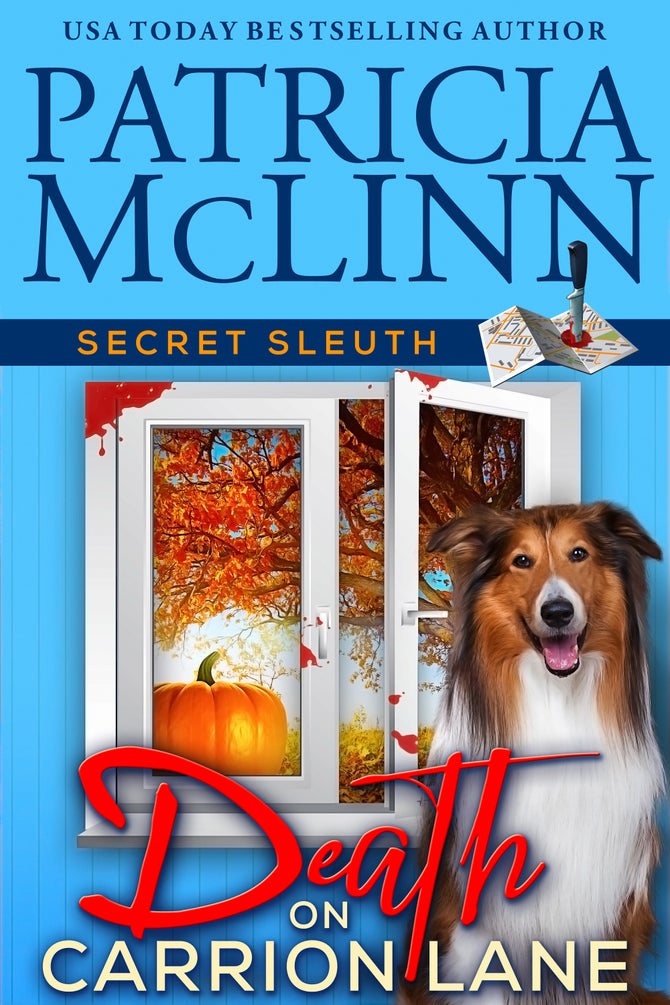 By Patricia McLinn
A reunion for murder in Haines Tavern
Sheila agrees to soothe Clara’s nervousness by accompanying her friend to the 20-year class reunion for North Bend County High. Nostalgia, good memories, old friendships – this should be fun, right?
Ah, but grudges, old rivalries, and long-buried secrets also arise. And before the festivities wrap up, there’s one old classmate dead, another being questioned, and enough suspicion to cover several more.
Sheila and Clara have their hands full making sure the wrong person isn’t accused and the right one doesn’t get away. Especially with Sheila also wondering about her relationship with ex-policeman Teague O'Donnell, her fledgling attempts to write fiction, and – of course – the well-being of the canine crew of Gracie, LuLu, and Murphy.

This whodunit with humor is the sixth book in USA Today bestselling author Patricia McLinn’s cozy mystery series, Secret Sleuth, which begins with a murder on a transatlantic cruise in Death on the Diversion. In Death on Torrid Avenue and later books, accidental investigator Sheila Mackey returns to dry land in the Midwest, where mysteries abound in her new Kentucky home.