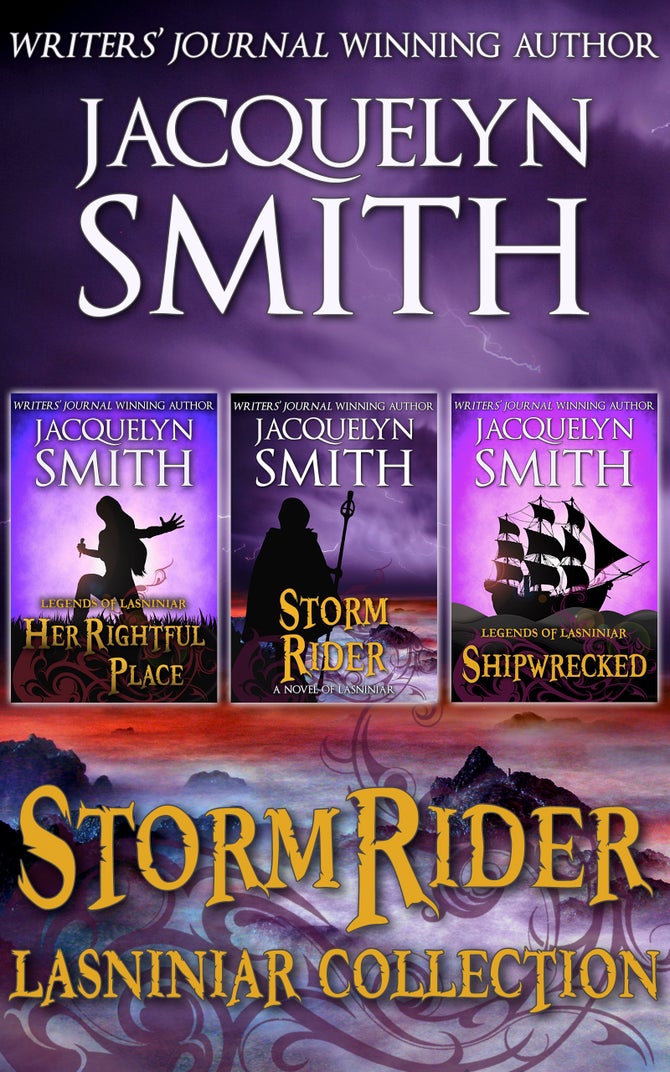 By WaywardScribe Press
When the elves arrived in Lasniniar, they thought they left the days of terror and darkness behind them.

Thousands of years after their flight from Ralvaniar, the finally begin to realize they never survived the journey alone...

The elves’ past comes full circle in this collection featuring Iarion and Barlo from the World of Lasniniar epic fantasy series by award-winning author, Jacquelyn Smith. This collection includes one novel and two shorts:

Legends of Lasniniar: Her Rightful Place

A sacrifice made. A magic reunited.

Iarion paid the ultimate price to fulfill his elven destiny and save Lasniniar from the machinations of the Fallen One.

Now his best friend Barlo finds himself visited by a dream. A true dream—despite his dwarf status. One that shakes him from the mundane complacency of his life beneath the mountains.

But not even Barlo knows what strange and dark new places the trail of dreams and visions might lead him.

Explore uncharted lands, riddled with new dangers that threaten the very heart of the World of Lasniniar in this fourth novel in the epic fantasy series.

Arinmalia holds herself above the rest of her Wild Elf tribemates. With good reason.

Few can match her fighting and tracking skills. She needs no friends to watch her back or distract her with their tiresome company. She prefers to walk the forest paths alone, with only her own thoughts as companions.

Arinmalia knows in her heart a great destiny awaits her. Something beyond the modest village life of her tribe. She dreams of finding it. She hungers to make her tribemates understand.

She needs them to acknowledge her rightful place.

A stand-alone story from the sprawling history of the elves in the World of Lasniniar epic fantasy series.

Feoandir fights to maintain control of his ship in the midst of a magical maelstrom. The lives of his fellow elf passengers and crew depend on him—a mishmash of the various tribes flung together under dire circumstances.

Striking and opinionated, Silvariel suffers no fools. She knows someone must take charge to keep the elves united. Someone willing to listen to her advice and ready to take the blame if things go from bad to worse. Feoandir seems like the perfect choice.

...If she can convince him to take responsibility for more than his battered ship.

A stand-alone, meet cute story from the elves’ past, “Legends of Lasniniar: Shipwrecked” explores the origins of the Lost Elves in the World of Lasniniar epic fantasy series.