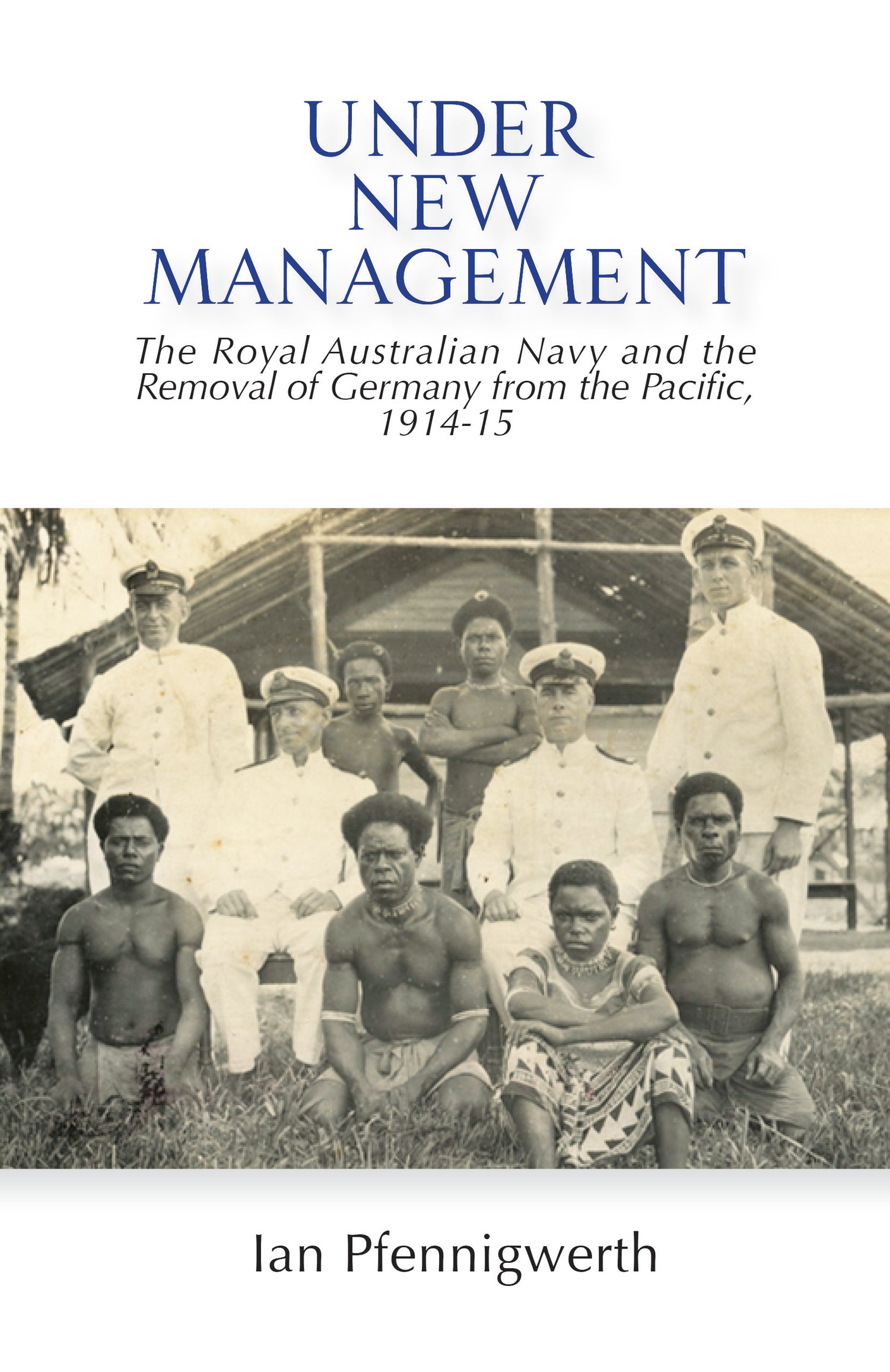 Under New Management describes the events leading up to the take-over of German possessions in and around New Guinea in 1914 and 1915 by Australian forces, which opened up the prospect of unity for this divided country, under Australian trusteeship, until it gained independence in 1975.

From its Royal Charter in 1911, Australia had been the only British Dominion to take up the Admiralty’s challenge to construct, man and operate a ‘fleet unit’. This book will show that The Royal Australian Navy operated beyond the expectations of those who expected it to fail and even of those who hoped it might succeed. And the ‘Wallaby Navy’ took the opportunity to extend Australia’s influence abroad as a nation. It is customary for commentators to claim that this was an outcome of the doomed landings on the Gallipoli Peninsula in April 1915. Under New Management shows that it happened a long time before that, and in Australia’s back yard, largely thanks to the men of the Royal Australian Navy.