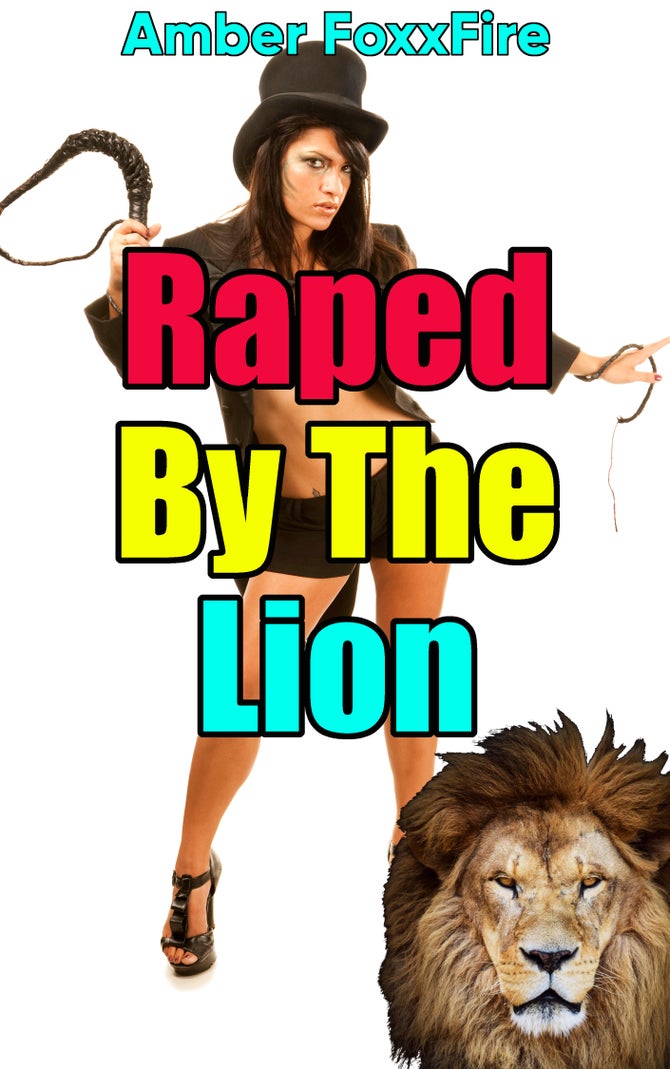 Raped By The Lion

By Amber FoxxFire
It was supposed to be safe. The handlers and trainers insisted they could control the large, black lion. But when Lisa, the haughty actress, stepped into her role, everything changed.

The lion wasn’t supposed to be able to reach her.

But no one told the lion.

Lisa finds out who her real friends are when a vicious lion is ripping away every last vestige of dignity - and clothing - she has.

"What do you mean? I'm the star of the show and I shouldn't have any problems doing this." Lisa snapped. The 18-year-old woman glanced in her mirror to make sure she looked perfect.

"Mama, are you sure you want to do this shoot?" Said a small bald man, fiddling with his fingers.

"Yes. Can't you get that through your thick skull?" She informed him in a cold voice.

"Okay." He squeaked like a mouse, then retreated from the room.

Once she was done with her makeup artist, she left her dressing room and made her way to the set.

"I'm ready." She informed them, flicking back her red hair.

She got herself into position for the action of the film to start.

The lion's thunderous roar echoed through the set.

"Action!" The director snapped as the cameras rolled.

She was no longer a star in a movie, but a huntress stalking poachers who were hunting a large, rare black lion.

She made her way through the brush of the savanna, kneeling down to study the tracks.

Then she continued on, following the poachers. There was a noise and a large lion suddenly came into view.

Lisa stood rooted to the spot, her eyes as wide as the moon. The lion stepped out of the brush and shook his large head.

Fear shot through her, making her legs shake as if they were butter. Her heart pounded like a drum between her ears.

She heard the lion trainer's whistle. The lion looked at his trainer, ignored him and then walked toward her.

Lisa staggered backwards. Fear compelled her to run, but her legs wouldn't work.

"Don't run." The trainer shouted, but she only heard a whisper.