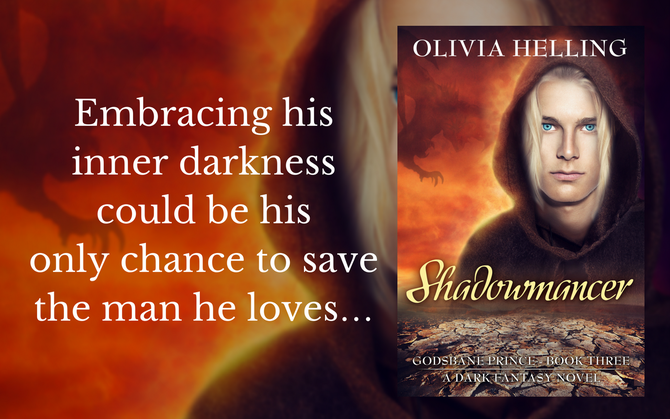 Ilyas refuses to give up his power. Not in the negotiations with his kingdom's old enemy, and not in his relationship with the man he loves. To keep the possibility of victory all to himself, Ilyas shuts Jem out of the talks and puts their love at incredible risk…

Jem can no longer trust his own mind. While Ilyas has helped keep his inner demons at bay, the vessel of the Dark God senses the void growing between them. When the shadowmancer arrives at the negotiations, Jem keeps a close eye on a foe who seems to have won over everyone but him…

As Jem uncovers the shadowmancer’s true purpose, nobody believes him, including Ilyas. Before a dormant, deadly menace is released, Jem’s only chance to save the peninsula and his soulmate is to embrace the monster he was made to be…

Shadowmancer is the riveting final installment in a trilogy of LGBT dark fantasy novels. If you like gay romance against all odds, action-packed adventures, and far-away fantasy worlds, then you’ll love Olivia Helling’s engaging tale.