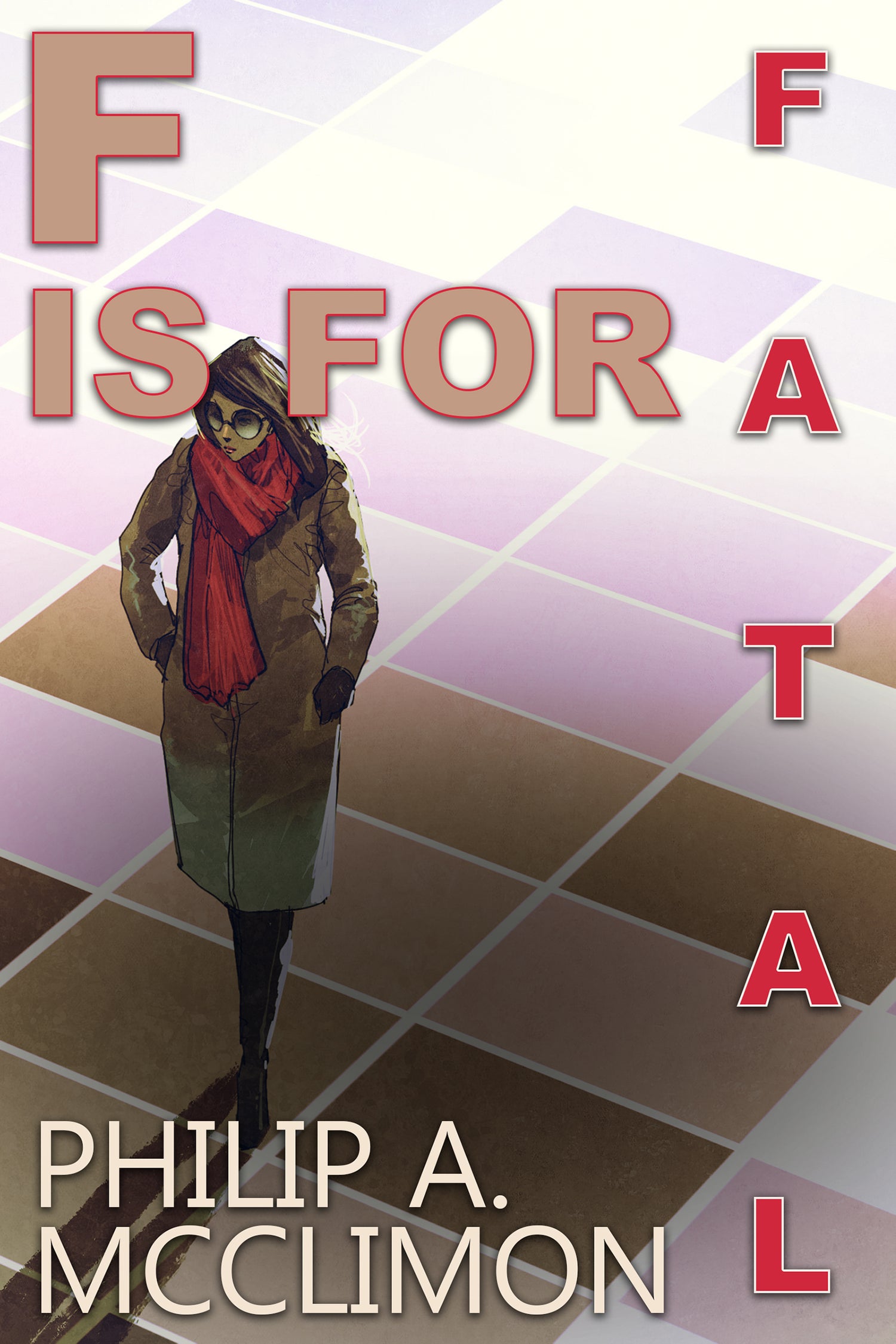 F Is For Fatal

It's a brave new world. A lot has changed.

Tate Rossiter is seventeen and ready. Ready to burn the candle at both ends. She only wants to do three things: Eat, Sleep, and…

Tate's little sister Britta has been having some problems, emotional problems, tear the head of her dolls in a fit of rage problems. It's starting to interfere with Tate's triangle of reckless youth. When Britta is taken to a specialist, all Tate's plans fall apart. Recommendation: Britta needs some family time, Tate included.

But family time has been interrupted. Their father is a high level MID working for the SCI and when a SCI calls it would be selfish not to answer. Now Britta has seen something she shouldn't have, something that demands a full re-boot, her mind wiped, rebuilt from the ground up.

The re-boot has wiped Britta's memories, but hasn't done a thing for her emotional problems. The headless body of her babysitter proves that. It has put Tate's plans on hold, maybe permanently. She has to do something to save her sister from the L.A.W.S because murder is definitely a selfish act.

The good news is, someone from her mother's past just may be able to help, a CRIM by the name of Mamma Ries, the queen of Dark City.

Jeff Lucas liked being alone. He liked his books, his notes, his research. If he loved anything or anybody more it was his older brother, Davie. Davie was his hero and he would do anything for him, including the very thing he hated the most: going out.

But now Jeff has a real problem. Charlie Parker has killed his brother and it's forcing Jeff's hand, forcing him to move the timetable up on his pet project. Jeff couldn't save his brother, but he can do something about Charlie.

The solution came to him just in time.

HERE IS HOW TO ADD A .MOBI FILE TO YOUR KINDLE OR KINDLE APP.

Email the book to your Kindle device. Works with the Kindle / Kindle Apps.