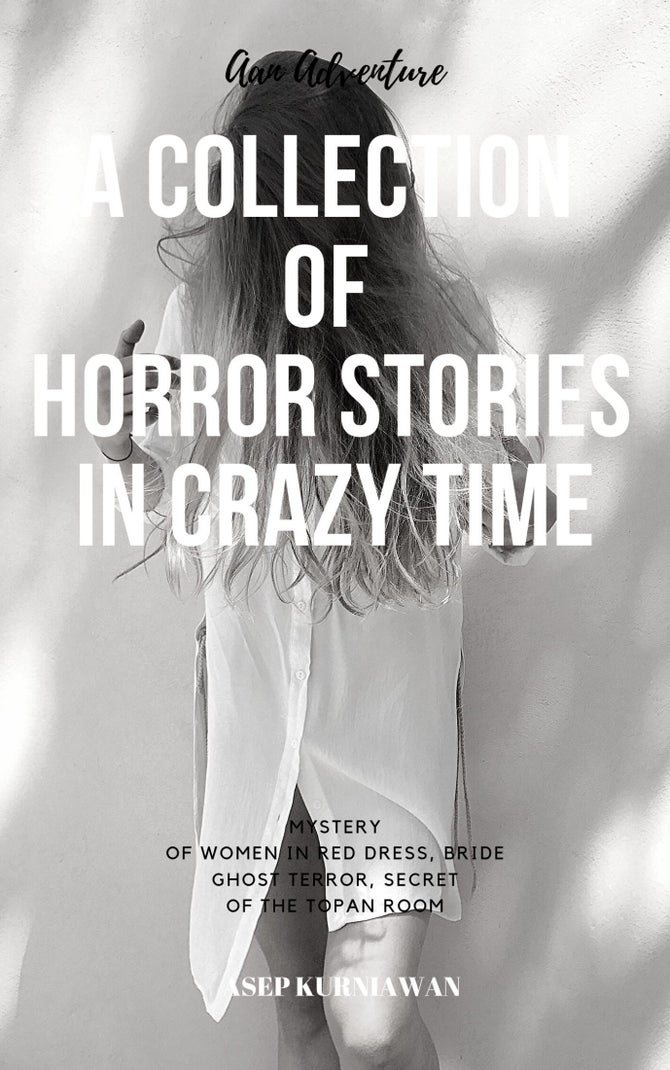 "The atmosphere is very unusual, not like normal nights. Maybe because the weather will rain and get colder with light rain." Think aan, but his mind said differently. I do not know what aan feel, there is something else going on in this boarding house.

"Is this how he feels for listening to the nightmares radio program? Maybe so," he thought again. But this has been going on since this afternoon until now. When viewed from the condition of other friends, they do not seem to feel like what aan feel. His friends look more cheerful, no one shows a tense or restless expression on his face ... Is Aan's feelings indeed proven ... please read for yourself the Story of the Mystery of the Red Dressed Woman.

Not too long ago, he heard footsteps walking on the floor tiles. These steps are only heard in the living room. There was some chess sliding, books and magazines and newspapers opened, the lid of a used glass of milk and coffee clattered above the glass.

Rubby from under the scabbard grew trembling but still trying to think positive. He tried to remember whether a cat entered or a rat. But so far this boarding house is clean from pests and mice and other animals such as cats. There is no one in the boarding house here who likes animals called cats.

"Did the other children of the residents wake up because of my shout earlier?" Rubby asked.

"but it is impossible, all the children when opening the door of the room must be clearly heard the opening latch. their footsteps too, rubby is very memorized. Nobody stumbles.

"Could it be that Pak de?" Another question arises, "since when Pak de came in the middle of the night, even though when he opened the room, he would have heard it earlier.

Who actually terrorized rubby that night, please refer to the full story ...

Secret of the Topan room

"I wanted to check into the bathroom, but I didn't dare." Tales of the senses the next morning. Visible dark circles in his eyes meaning that last night he stayed up late.

"Dra, break your heart ... it means that the occupants of this house are wanting to get acquainted with you," exclaimed Riza in a serious tone and expression. But not long bursting into laughter followed by us together.

"Damn, we'll see, if something happens ... you're dead," cried the senses menacingly, but joined in smiling and laughing, feeling his own stupidity telling something that seemed impossible.

"Ask for dra lottery when you find it," topan said while still laughing.

Whether this will happen to all residents of the house, please read the full and enjoy the sensation ...