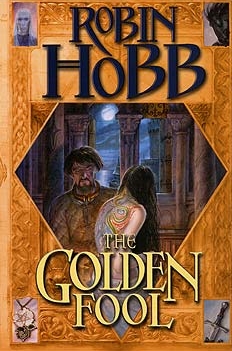 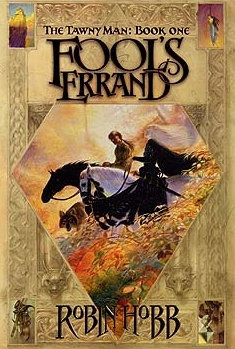 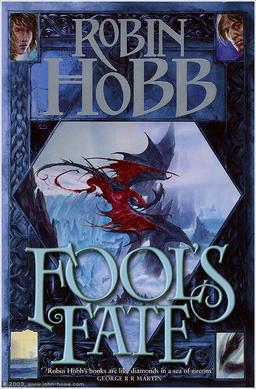 Fool's Errand is a fantasy novel by American writer Robin Hobb, the first in her Tawny Man Trilogy. It commences 15 years after the events in Assassin's Quest, a period covered by The Liveship Traders Trilogy (Ship of Magic, The Mad Ship, Ship of Destiny); it resumes the story of FitzChivalry Farseer after he has wandered the world and finally settled to a quiet, cottage-dwelling life with his adopted son Hap.

Golden Fool. Fitz has succeeded in rescuing Prince Dutiful from the clutches of the Piebald rebels. But once again the cost of protecting the Farseer line has been dear: Nighteyes is dead.Fitz, though bitter and grieving after the death of his beloved wit-partner, the wolf Nighteyes, reluctantly takes the post of Skillmaster to teach prince Dutiful the Skill. He feels he must since he is almost Dutiful's father. Dutiful, the heir to the throne, was conceived by Verity using Fitz's body fifteen years earlier with the use of the skill, and because of this is both Skilled and Witted. Fitz is not a great teacher and barely has control of his own Skill, but he is the only one left that has been actually taught how to use it. He knows that Dutiful must be protected from the addictive qualities of the Skill, as well as the dangerous temptations of the Wit and the political machinations surrounding both as the Piebalds threaten to throw the Six Duchies into civil war.

Fool's Fate. Once assassin to the king, Fitz is now Skillmaster to Prince Dutiful's small band, sailing towards the distant Out Island of Aslevjal. His duty is to help the Prince fulfil the Narcheska Elliania's challenge: Bring her the head of the dragon, Icefyre, whom legends say is buried deep beneath the ice. Only after this task is complete will they be married and bring an end to war between their kingdoms.
It is not a happy ship: the serving boy, Thick, is constantly ill/sea-sick, and his powerful telepathic abilities cause many on the ship to likewise be ill. Fitz, his Skill-dreams plagued by a female dragon, is unhappy at leaving the Fool behind but is determined to keep the White Prophet from his fate, death. Chade's fascination with the Skill is growing to the point of obsession.Few on the Out Islands welcome the idea of a foreign prince slaying the Aslevjal legend.A small party finally arrives on the frozen island where the dragon is, greeted by the Fool, who has flown there with the help of a stone dragon he previously rode. His intentions are at odds with Chade, who is determined to slay the dragon to secure peace, whatever the cost.