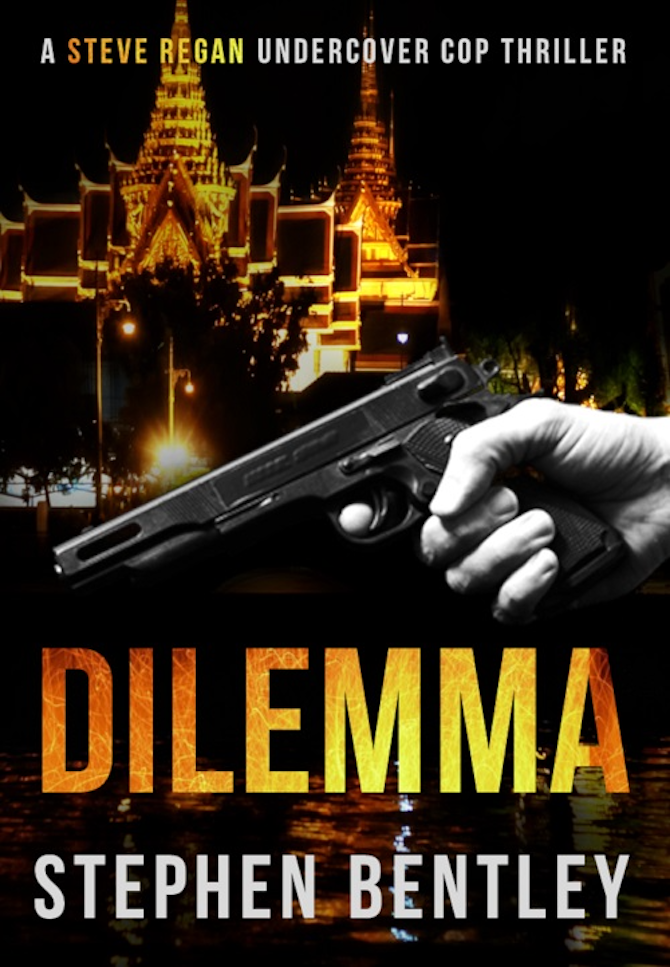 When you are undercover, many want to kill you.

Sicilian Mafia, Thai Mafia, even the CIA, they all want you dead.

Join undercover cop Regan in this emotion-packed roller coaster of a thriller.

Steve Regan is back and this time he’s alone and undercover in a seedy area of Thailand on the trail of a Texan expatriate, Les Watkins, the biggest drug smuggler in South East Asia.

Using himself as the bait, Regan attempts to score a $50,000 deal with the Thai mafia to get closer to his target.

As he finds himself embroiled deeper into the operation, Regan suspects Watkins may be connected to Regan's nemesis, ruthless Mafia boss Carlo Vitale, who has fled the United States following a triple bombing and assassination of three crime family heads.

Besides staying alive, Regan has other problems when he suddenly finds himself facing the worst dilemma an undercover cop can face.

Dilemma is an edgy, suspenseful tale with twists and turns plus a sprinkle of romance.

Though Book 3 in the Steve Regan Undercover Cop series, it can be read as a standalone book.

If you are a Reacher or Tom Clancy fan, this book is for you.