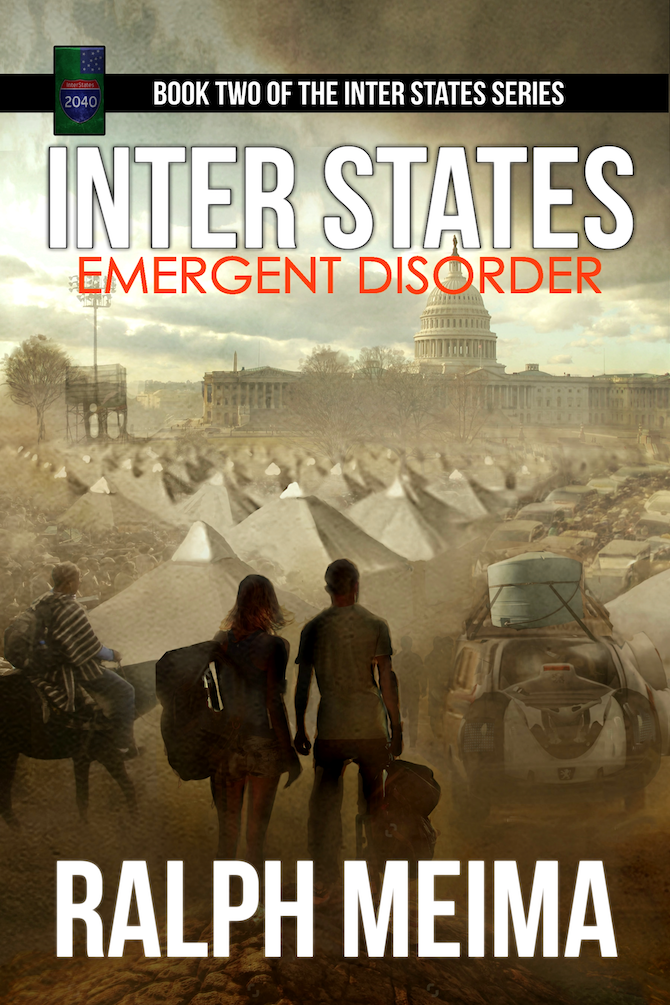 By Founders House Publishing LLC
A historic migration begins, triggered by Hurricane Rhiannon but accelerated by deeper currents. With winter approaching, many hundreds of thousands take to the road in search of safety, potable water, reliable sources of food, and shelter. Their numbers overwhelm infrastructure and governments, roiling politics, and changing the demographic character of regions forever.

Carried along in the migration are the Trudeau-Kendeil and Daniels families. They have banded together for a harrowing journey of many days from Washington, D.C. to the homes of charitable relatives in New England, in search of the security a family needs in these lean times. Their route takes them through communities coping in diverse ways with economic hardship, an unstable climate, and the swelling numbers of migrants.

With the 2040 election only days away, events whip from one surprise to another. A dispute flares around disaster relief offered by China and the European Union. Supporters and opponents dig in along partisan lines. The President is held in contempt, and arrested by a council of national unity. Despite an initial spirit of cooperation, multiple competing claims to federal executive authority arise, precipitating a constitutional crisis. Oligarchs see threats and opportunities in the emerging disorder, and act to protect their interests.

Challenges multiply as the families travel north. Election Day arrives while they are still on the road. Voter turnout is low among populations side-tracked by the storm and migration. Then, tragedy strikes in the families’ midst, overwhelming plans and driving home a harsh lesson about options and consequences in a world riven by competing realities and relentless resource scarcity.