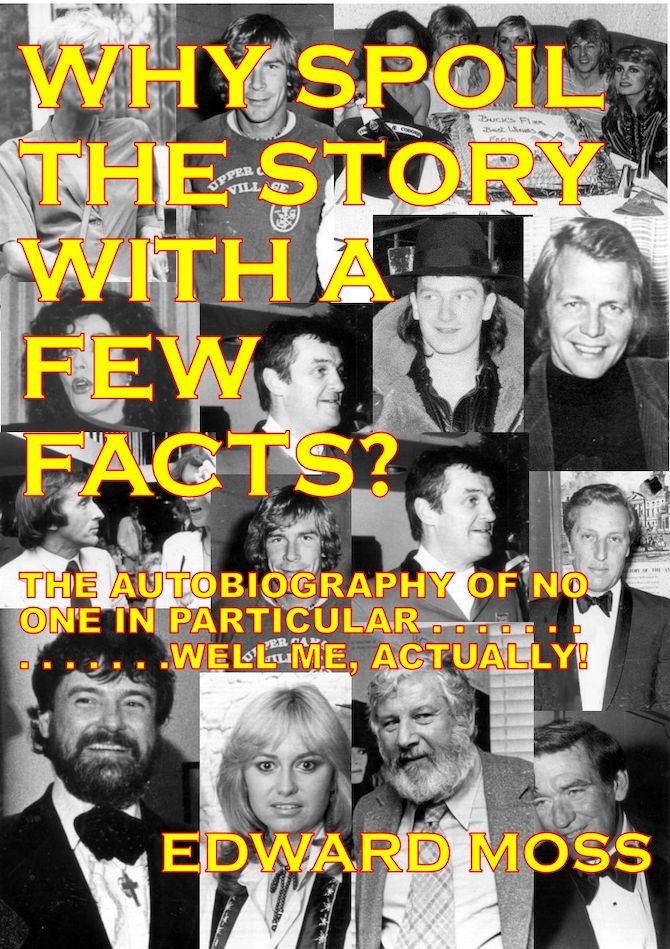 Why spoil the Story with a few Facts? - Kindle version

By Maykit Books
The autobiography of no one in particular. Well it's about me actually! From birth, through my schooling to higher education 'daze' (missing some bits - Volume 2 to follow), working as a photographer and journalist, all the aforementioned in Dublin, then moving to England. There are some noticeable gaps, but then there wouldn't be a Volume 2 if there weren't gaps. Any resemblance to persons either living or dead is purely intentional.

Many years ago when I met the publisher of my first book, The Marketing Cynics Reader, we had a chat over lunch about me, my career and my past. He suggested that I should think about writing my autobiography, as he thought people would be interested. I have to confess I brushed off his suggestion feeling that no one would be the least bit interested in my past.

However, here we are, some 20 years after that eventful lunch, and I’ve completed Volume 1, warts and all. I’m still not convinced anyone will really be particularly interested, but I hope I’ve written an entertaining account of what in essence is the autobiography of a nobody.

Yes, I’ve done a lot and achieved both a lot and not-a-lot. Like most people, I’ve had a few hindsight moments, the most impactful being my polite refusal, when offered a "filler-broadcasting" job at BBC Radio Leeds a quarter of a century ago. The reason, you may ask, for me refusing such a terrific opportunity was, with my first child on the way and having just started a new job, I felt taking a salary £5,000 lower than my 'just-started' job and also losing the company car I had only just collected the day before, this would not be such a good idea and might not go down well with the family.

My late mother-in-law used to always say “What’s not for you, won’t go past you”.

I sometimes think it might, on this occasion, just have done, wondering, as I have for all these years, what might have happened had I taken up that position to replace the then BBC Radio Leeds Harrogate presenter Chris Choi in the cardboard box that was the Harrogate studio to produce just half-an-hour's material a day or sit in for presenters on holiday.

Chris Choi, as I write, is currently the Consumer Editor for ITN News! C’est la vie!

In brutal honesty, there ARE many gaps in this book, and I’ve also steered away from too much embarrassment for my lovely wife, daughter and son.

You will get a MOBI (7MB) file