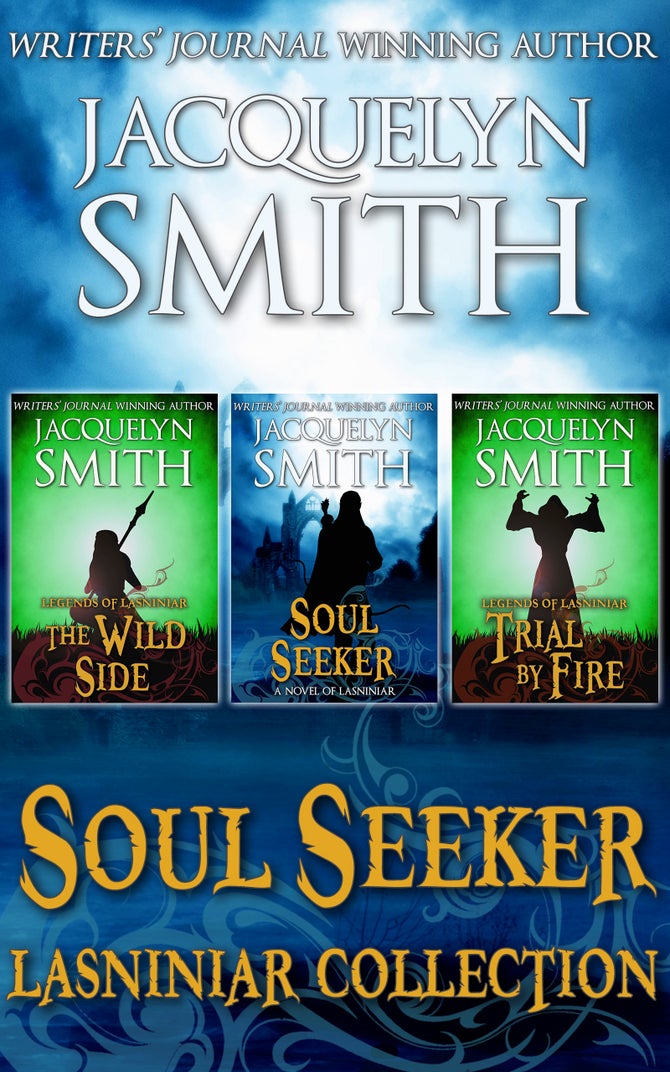 By WaywardScribe Press
The search for a hidden destiny. Iarion’s seemingly endless wanderings take him from one adventure to the next, farther across Lasniniar than any other elf.

...And end up shaping the fate of the world around him.

Follow Iarion on his epic journeys through danger and darkness in this collection from the World of Lasniniar fantasy series by award-winning author, Jacquelyn Smith. This collection includes one novel and two shorts:

Legends of Lasniniar: Trial By Fire

Legends of Lasniniar: The Wild Side

Midnight. The world of Lasniniar lies in silence, except for the patter of the falling rain.

Iarion walks alone on Traitor’s Road. His elven eyes pierce the darkness. The Jagged Mountains loom over him. Their oppressive shadow adds to his unease.

...That, and the goblin arrow wound burning his shoulder.

Goblins. In the heart of the continent, in friendly territory. In Lasniniar, that can only mean one thing.

A warning of dark days to come.

Meet a new generation of heroes in this third novel in the World of Lasniniar epic fantasy series.

The Learnéd One Lysandir bears many titles, given to him by the people of Lasniniar. But only a unique and resourceful elf named Iarion dares to call him by the most powerful title of all...

Lysandir can only hope it proves enough to save him.

A stand-alone story of mystery and adventure from Iarion’s past in the World of Lasniniar epic fantasy series.

Legends of Lasniniar: The Wild Side (Short Story)

The Fey Wood. Iarion stares at the looming forest of ancient oaks and pines and tries not to feel nervous.

A few trees should not intimidate him. But the Wild Elves do not welcome strangers.

Even attractive ones, who search for answers to a thousand year-old problem.

...Unless Iarion can somehow convince them otherwise.

A stand-alone story from the World of Lasniniar series of Iarion’s past, “Legends of Lasniniar: The Wild Side” adds to the elf’s growing legend.