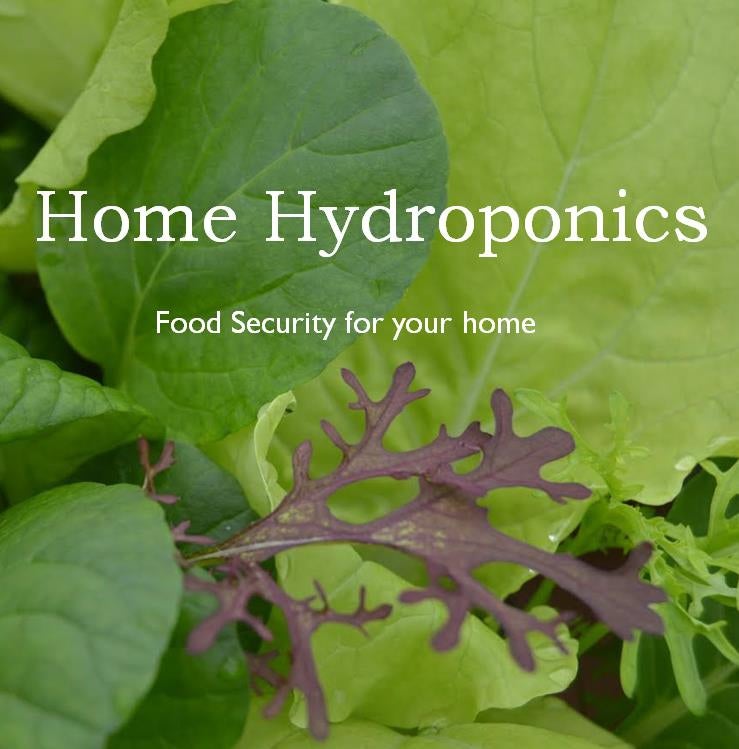 On Sale
$4.95
$4.95
Added to cart
Starting Thought - Why Hydroponics?
In the last twenty or more years, people have become much more aware of what they are eating and how it was produced. I had a recent conversation with a good friend of mine who could not understand why I was concerned about food safety. His response was that all food is inspected by the government. While a little of this may be true, for the most part, only a very small portion of the food that this country consumes is actually inspected and even worse, little or absolutely nothing is known about the growing conditions. If human nature has anything to do with growing food and making money and I can say as a fact that it does, then your health will not be considered if a crop of expensive vegetables can be saved with pesticides. This is called the bottom line and if you realize this, then you should be concerned how food is produced and what it contains.

As a child, I was always amused when my Grandmother always said that when growing a garden you should plan to feed the bugs as well. This statement was actually true, as my Grandmother never used pesticides in any of her gardens and the only bug prevention was picking any obvious bugs off plants which quickly became part of the soil. The chicken manure and kitchen waste provided the only fertilizer the plants ever got. Needless to say as I look back on this, I was never worried about going into that garden and picking a juicy ripe tomato and eating it right there. It never occurred to me to wash it off or even worse, take some soap and water to it!

Hydroponics is growing plants in a nutrient solution (water containing fertilizers) with or without the use of a medium. These mediums (discussed in detail later) can be things like sand, gravel, vermiculite, Rockwool, perlite, peat moss and sawdust. The medium is used to provide mechanical support for the plant and to hold nutrient. In almost all cases, the medium does not provide nutrient to the plant it supports and is composed of inert substances that do not react with the plant or the nutrient.

What type of system is best for you? Hopefully after going through this e book, you can decide what direction you would like to take. You can build your own system with the supplied plans or purchase a commercial system which comes with everything except the plants. Hopefully you will be as excited as the author is about hydroponics and will enjoy growing fresh vegetables right in your home.

Why would anyone want to grow plants using a hydroponics system? There are many answers to this question and if you want to give hydroponics a try, then you probably will agree with some or all of the reasons.

The main reason I started in the hobby was the desire to grow my own vegetables and be assured that they did not contain pesticides and other chemicals that are not good for any living thing. I also really enjoyed just watching things grow. And finally, I liked the fact that I was doing something that was interesting and fun! Although the systems are quite simple, they will need your devoted attention at times as all things worth doing are and there is some effort that must be made to obtain those prize vegetables.

The world is quickly running out of good quality water and one of the great things is that hydroponics uses only 1/4 (or less) as much water as a garden planted in mother earth. So hydroponics is a great way to save water. The world is also quickly running out of land that can grow crops. Hydroponic gardening can be done anywhere. Large hydroponics sites can and have been built in the middle of a desert and on land that was barren and completely nonproductive. A hydro garden can be built in an apartment in the middle of New York City or on a rooftop. Groups of people in the inner city could grow all the vegetables they could ever eat.

Hydroponics is a good, healthy, earth-friendly way to feed the world. Hopefully, you found your reason in all of this and why you want your own system.
You will get a PDF (5MB) file