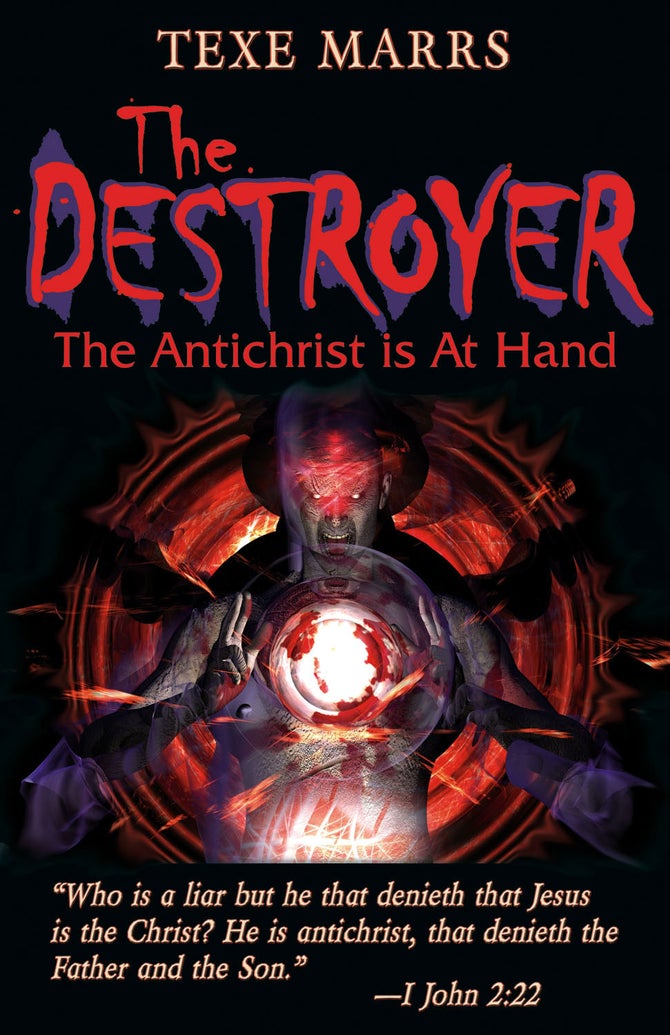 [Kindle] The Destroyer: The Antichrist Is At Hand

We have been forewarned. For over 2,000 years our forefathers whispered in awed tones that he was coming. Now, the Destroyer is at hand.

The Bible assigns him the unimaginable number 666. He is said to be a psychopath: calculating, cruel and murderous. Lawless, he will nevertheless change times and laws. He is called by Daniel the "God of Forces;" yet he will destroy many through peace.

Empowered by Satan and puffed up with pride, he will declare himself God and above every other god. This great boast will certainly be opposed by those few who know the Truth, but they will not deter the Destroyer's rise to infamy. He will make war on the Saints and destroy them.

He will begin by rising from the pit of hell in that Great City, Jerusalem, known spiritually as Sodom and Egypt. In the Hebrew tongue, his name is Abaddon ("The Destroyer") and in the Greek, Apollyon. Christians will know him simply as the Antichrist.

Prepare now so that you will not be taken by surprise. He is at hand. The prince of darkness has metamorphosed into Leviathan, the Son of the morning. Through dropping eyelids, Leviathan surveys his earthly kingdom. He must move fast for his time is short. Soon, he knows, he, the Destroyer, will in his turn be destroyed.