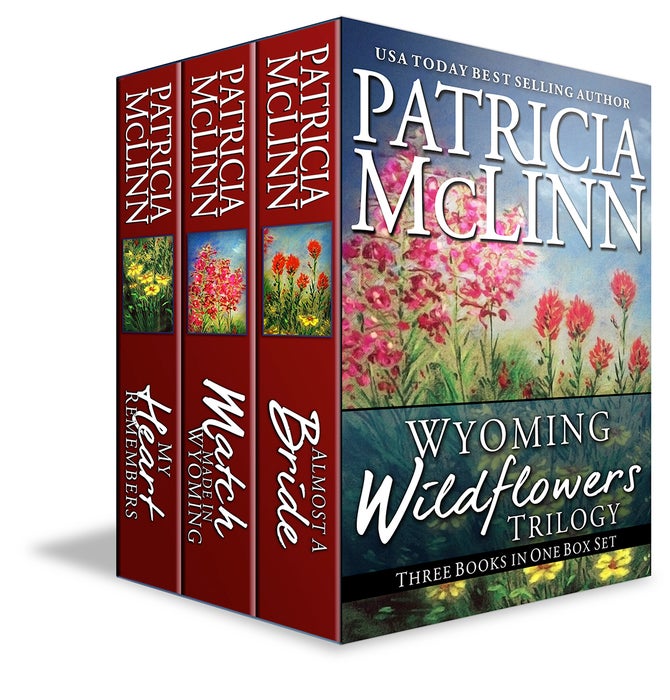 The first three stories in the acclaimed Wyoming Wildflowers series – bundled as a boxed set!

Dave was everything Matty wanted, even if he broke her heart six years ago. Now she’s returned to Wyoming for good and wants more than anything to save her family’s ranch. Even if that means swallowing her pride and asking Dave to marry her.

MATCH MADE IN WYOMING
When fire ravages Wyoming land, fireweed is among the first plants to return, brightening the blighted area with its blooms. Can Taylor pull off a similar miracle for the pain-ravaged heart and disbelieving soul of ranch foreman Cal? Armed with the same grace and grit as the wildflower, Taylor also has allies – a matchmaking friend, the Wyoming winter, high-octane mutual attraction, and a rescued puppy who slips past Cal's defenses.

Cal might give in to passion temporarily, but from behind the wall he's built around his past and his secrets, he's certain Taylor is all that he can't let himself have. And he'll use all his weapons to keep her out.

MY HEART REMEMBERS
Lisa Currick was once as bright and open as the sunny Bur Marigold wildflower of her native Wyoming. That’s how New York City Detective Shane Garrison has remembered her since she figured in his first investigation eight years ago. But when he arrives in her hometown determined to resolve the final element of that case, he discovers the girl he's remembered has become a very different woman.