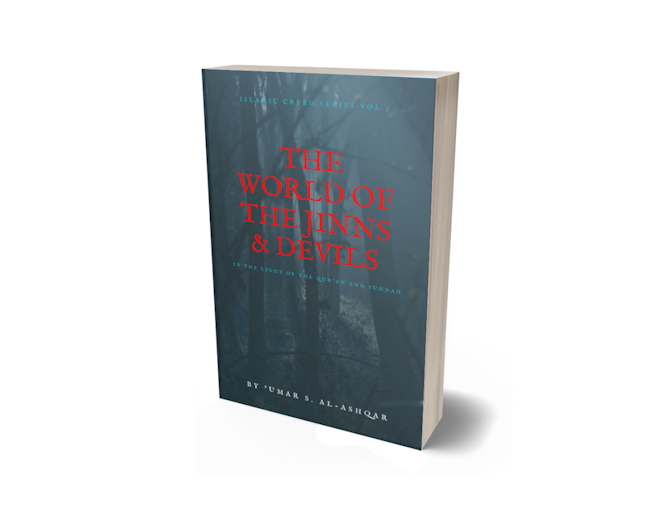 The World of the Jinns and Devils

Praise be to Allah!
We praise him and seek his forgiveness and guidance.

Some people think that writing about this topic is a matter of unnecessary and purely academic discussion, and they prefer that people should give it no more than a passing glance and give it only a little thought.

They think that the benefits to be gained from such a study are limited and that being ignorant of this subject does not matter.

We will not spend much time refuting these people. In search of life and living beings in the stars and planets scattered throughout space, mankind is spending money that could be used to build cities, sustain entire nations, and put an end to poverty throughout vast regions.

The scientists are making a great effort for this purpose, and spending huge amounts of time and money.

What about a world of the living, rational beings who live with us on earth, mingle with us in our homes, eat and drink with us, and who may corrupt our minds and hearts, and may push us to destroy ourselves and shed one another's blood?

They may enslave us to themselves, or some other created being so that we earn the wrath of our Lord and his punishment come upon us, and the consequence of deviating from their Lord will be a fire blazing fiercely ( cf. al-Layl 92:14; i.e., HELL ).

The information contained in the texts of the Qur'an and the ahaadeeth of the
S.A.W on this topic is beyond value.

These texts expose for us the secrets of this other world, the world of the Jinns, and they give us abundant information on the details of their lives and the grudges that some of them bear against mankind, and the persistent efforts they make to lead us astray and destroy us.

As evidence of the seriousness of this issue, it is sufficient to examine the aayaat (verses) which speak of the Jinns and devils, and to know-how, great space these texts occupy in the book of Allah.

Whoever reads these texts will know that the life of man is no more than a conflict between him and the Shaytaan. The Shaytaan wants to put an end to him so that he will be doomed and destroyed, but the person upon whom Allah has bestowed His light strives to follow the straight path of his Lord and to guide others to his path.

To achieve that he must fight against this enemy within his own heart and soul, and in his hopes, dreams, and ambitions.


He must continually examine his aims and goals, both short-term and long-term, to see how close or far he is from his Lord, and to what extent he has rid himself of his enemy who is trying to destroy him and to drive him as a farmer drives a donkey.

May Allah the Almighty bless us with strength, guidance, and wisdom to hone our knowledge about the Holy Qur'an and sunnah while we are still alive in this world that is full of mystery and sins.