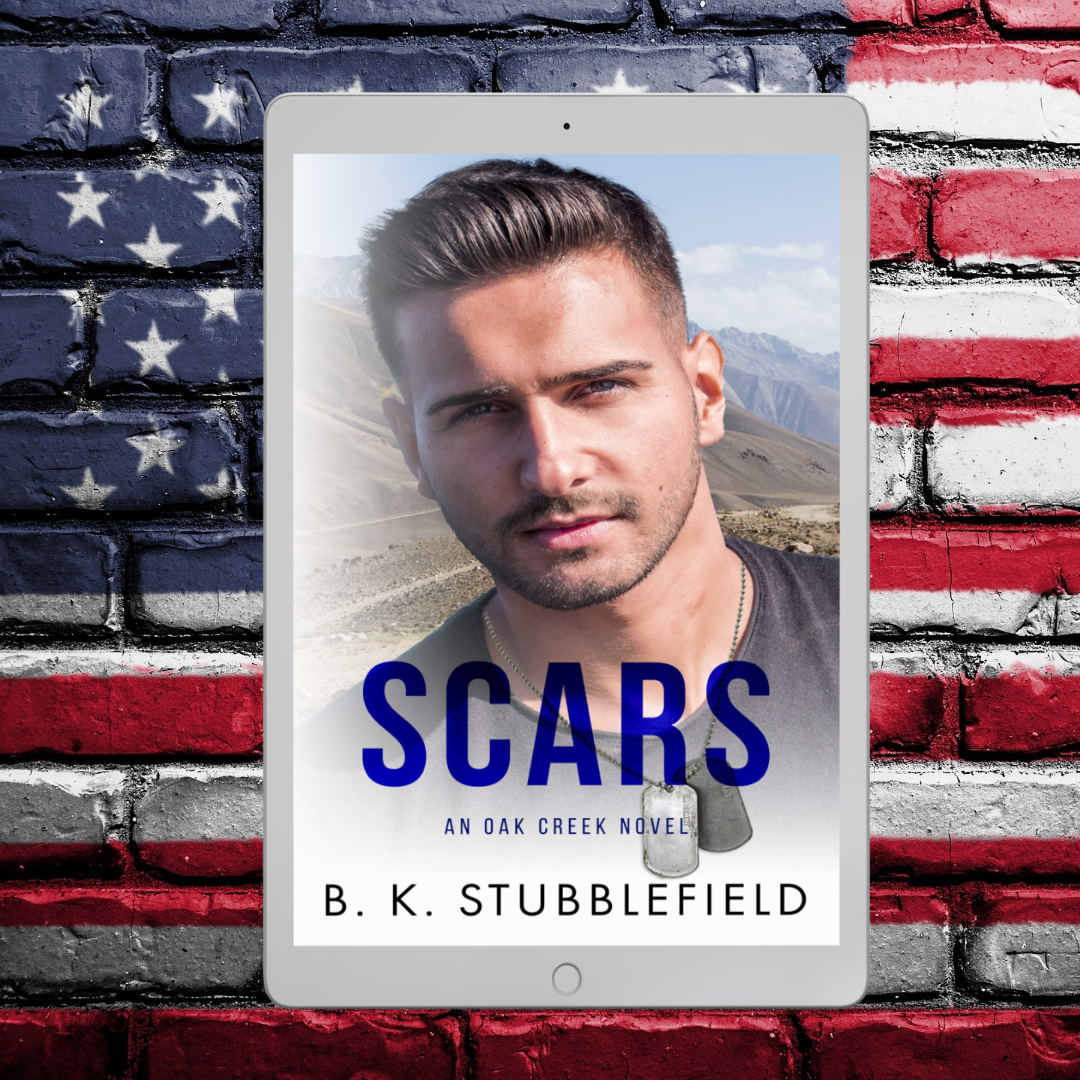 In war, there are no unwounded soldiers

Scars is a realistic military drama, a love story.

The subject might be sensitive to some readers, as it the subject of veteran suicide.

"A wonderful, well told contemporary story. As a mother of a veteran, awareness of veteran suicide and PTSD issues is so important."

The house stood in utter silence. No outside sounds disturbed the unsettling hush; even the low hum of the A/C had paused for the moment. On this hot August day, no air penetrated the moist and sweltering summer heat that wrapped suburbia in a sticky blanket.

The bantering voices of children had fallen quiet, the neighbor’s constant squabbles with each other had seized, and the anxious yaps of the black Lab tied to a pole on the property next to his had stopped. Neither did he make out the roar of the Mustang belonging to the little punk up the street.

All activity seemed suspended in this cauldron of heat. As if the house and the outside world united in holding a collective breath—listening, quietly expecting, and waiting for the shot to ring out.

It would be over in a moment. Finally, he’d welcome the long-sought peace.

Alone in his basement, he sat in the old red rocker his wife had banished from the upstairs sitting room. Big unsightly spots, caused by his wife’s miniature schnauzer, ruined the fabric on the armrests. The neurotic animal had developed a penchant for the chair’s suede-like texture. The fondness expressed itself in excessive licking across the material, leaving nasty marks in its place. But the dog wouldn’t lick the chair this afternoon; his wife had taken him to the pet spa. For a moment he considered the stains, and it occurred to him they might mingle with his own. As this thought interrupted the raging war in his head, he almost laughed out loud.

Closed window shades kept the basement cool, yet sweat drenched his body. It soaked his T-shirt and dripped from his temples. With eyes shut tight and feeling every muscle stretched taut across his face, his neck vein bulged and throbbed. His strong, masculine features contorted into a mask of pain. His heart raced, his breath came in short, hard bursts, and he gasped for air as if he’d just completed a marathon race.

His mind sped, too. Although silence surrounded him, the noises in his head thundered. He hadn’t slept an entire night in what seemed like ages. Every night, without fail, relentless nightmares visited to show him the ugly pictures of humanity and remind him that sleep was a luxury he couldn’t afford. He needed to stay vigilant, look over his shoulders, and remain hyper-aware of his surroundings. When asleep, the touch of someone else’s hand flashed danger, putting his brain and body in attack mode.

The first night back at home after his deployment into the brutal world of war was also the first time his wife had experienced his changed behavior. The assault came suddenly—pushing her down, restraining her, while at the whole time screaming at an unseen enemy. With no chance of defending herself, she had feared for her life. Until he snapped out of attack mode. When the war zone faded and gave way to the safety of his bedroom, he felt drained, angry, and disgusted with himself. The image of hurting the one he loved most horrified him. He did not fear his own mortality, but accidentally harming his wife or children became a gnawing, unbearable thought. With his back against the wall, he was tired of fighting. So tired. And with a few hours of sleep here and there, he lived on the edge of sanity.

Earlier this day, the shrill whine of a firecracker and the following explosion had pulled a number on him. The blast, too close for comfort, played tricks with his mind. Instantly on alert, his surroundings turned into the battleground. He heard the high pitch whoosh of missiles and had scrambled for cover. He had to protect himself. Once the noise died, he surveilled the house and neighborhood with his gun drawn. He didn’t understand the frenzied gestures of the people around him, waving and pointing. These were his enemies; they had to be neutralized. When, at last, he snapped out of his daze, embarrassment shot through him. The threat had existed in his head only. Exhausted and angry, he separated himself from the surrounding crowd, seeking solitude. No longer fitting in, he needed to be alone.

His right hand trembled as he held the gun, weighing it, feeling it. With his left, he touched the metal affectionately, tracing every ridge. His grip tightened around the rosewood handle. The voice in his head shouted and coached... Do it!

Now was the time to escape the battlefield. Releasing the pain would be fast, mending all scars.

Probingly, he lifted the weapon and pressed the short barrel against his sweaty temple where the cold steel rested and remained steady for a moment.

His hand sunk back into his lap as a picture of his family from a happier time—not so long ago—entered his mind. The voice inside his head fell silent as sadness washed over him, squeezing his chest with pain. A sob lodged in his throat and, as he opened his eyes, a wet stream traveled down his cheek and mingled with his sweat. He swiped at the tears, but that didn’t take away the darkness that overshadowed his heart. Loneliness pressed on his shoulders with the weight of a ton of bricks. This time, the voice rose more forceful.

You’re not a good father to your children, anymore. . . .

The BATTLEFIELD is your life!

The voice consumed his mind and soul, making him believe that he’d never be free of the pain.

The voice was right; he wouldn’t escape. It was time to silence it.

He lifted the gun and opened his mouth. As if in a trance, he inserted the barrel, pointing it downwards, knowing the bullet would damage the spinal column where it met the base of the skull. He’d make sure of a successful kill.

The front door slammed shut, and sudden loud noises filled the house, reaching into the basement. His wife and three rambunctious boys were home from their afternoon trip to the city pool. In an instant, the atmosphere transformed. Life had returned. Shocked about the act he’d come so close to committing, his eyes snapped wide open. The prospect of his children making the gruesome discovery of his suicide horrified him even more. A hot wave of remorse and shame crashed over him. He lowered his gun, engaged the safety and put the weapon in its safe and rightful place. The damaging voice in his head retreated, slithering into the shadows of his memories. His racing heart slowed. As his mind cleared, a crystal clear thought formed. He needed help.

What people are saying 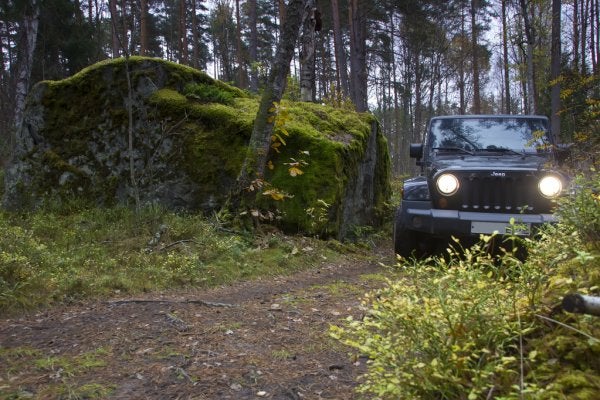 This is not just a romance. It is a story that takes you into real life that might be just a little too close to home in dealing with wounded warriors and how the aftereffects of war can ruin people's lives.

In Scars, we meet some wounded warriors that step up and help veterans like themselves that are dealing with the scars. 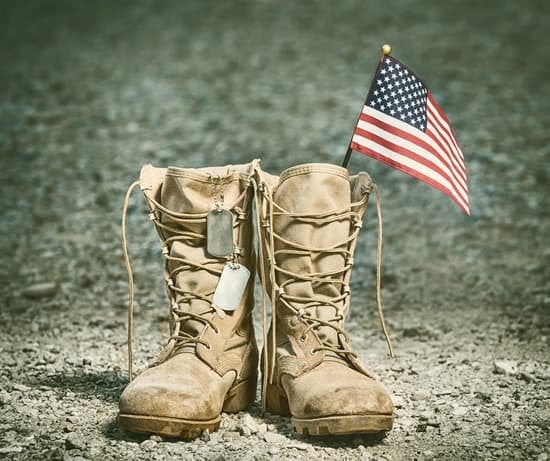 The topics of suicide and PTSD are discussed, but not in a way that brings the mood of the book down or makes it feel like a lecture. It is done respectfully with regards to the characters, the narrative, and the real live people who carry these heavy burdens. The characters are developed nicely in a real world setting and the dialogue is believable and enjoyable. I think that fans of romance novels will enjoy this along with anyone who has an interest or a connection to the Wounded Warrior Project. 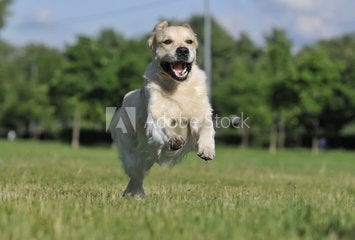 Get the tissues ready!

This is more than a love story this is about learning who are and what you want as well as the fact its OK to ask for help and nobody needs to go it alone.

That the book is so well balanced by laughs,sadness, great characters, highs and lows, very, very cute dogs and a story that reflects what happens in real life makes this a fantastic read you won't want to put down!