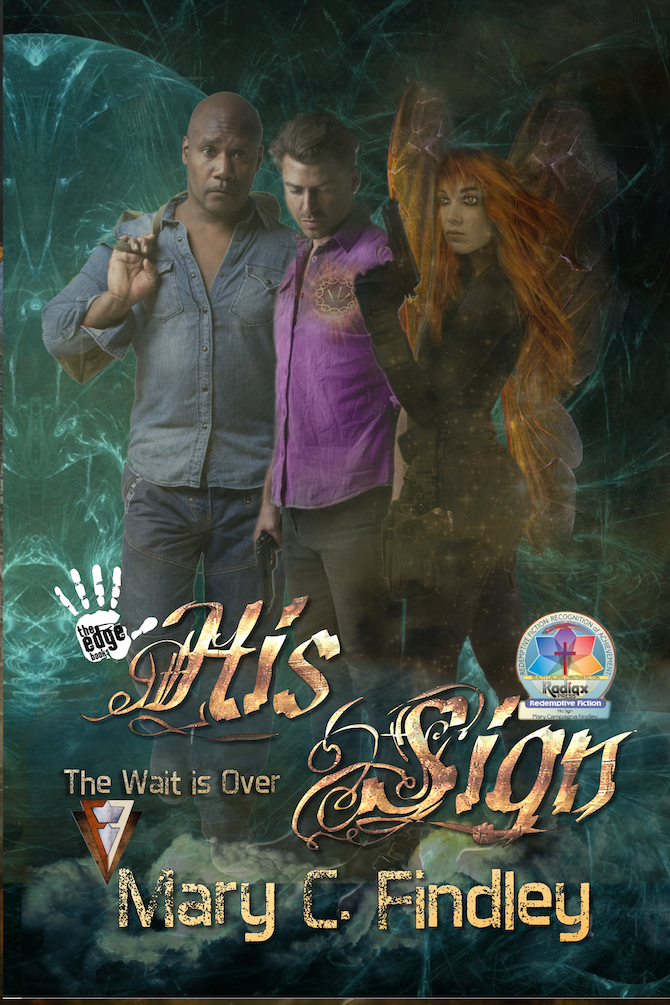 His Sign: The Wait Is Over: A Serial Paranormal Urban Fantasy

By Findley Family Video Publications
Drew Goddard's war against evil began long before someone tried to shoot him and he got a strange, lighted symbol bursting from his chest. Blacklisted from his intelligence contracting career, he thought paranoia or insanity explained his ruined life, until a golden-eyed woman with tattered wings and interdimensional powers helped open his eyes to a spiritual battle raging over him.

A discouraged minister, a handful of manna, and a trip to Abraham's Bosom convince him that Christians waiting for a sign need to wake up and acknowledge God's working in the life they live every moment. Drew's world fills with powerful enemies and unlikely allies.

Who or what are the Sethites and why (and from what) do they protect him? Why is a farm producing a miraculous bumper crop for the first time in years? Can he trust the person he suspects most of wanting him dead, and solve a puzzle that may save people marked for genocide from physical and spiritual foes?