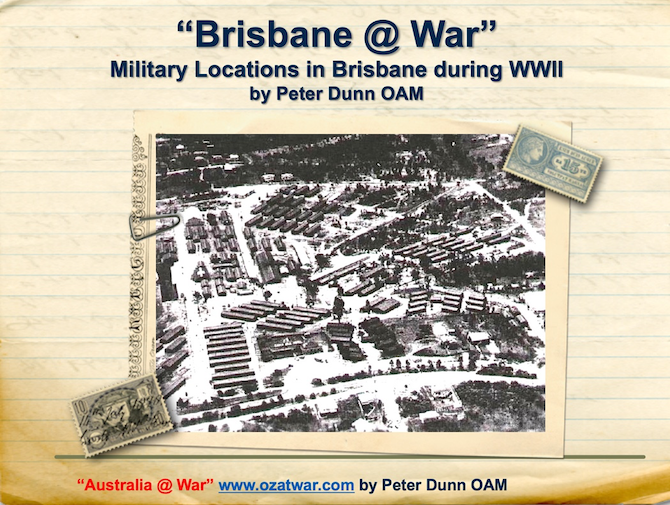 By Australia @ War
This PDF file contains a detailed description of many of the military locations that existed in Brisbane during WWII.

This PDF file is based on a number of Powerpoint presentations that I delivered in Brisbane over the years.

There are 378 pages full of amazing photos of camps, buildings, airfields etc in the Brisbane area during WWII.

Some of the locations covered include:-