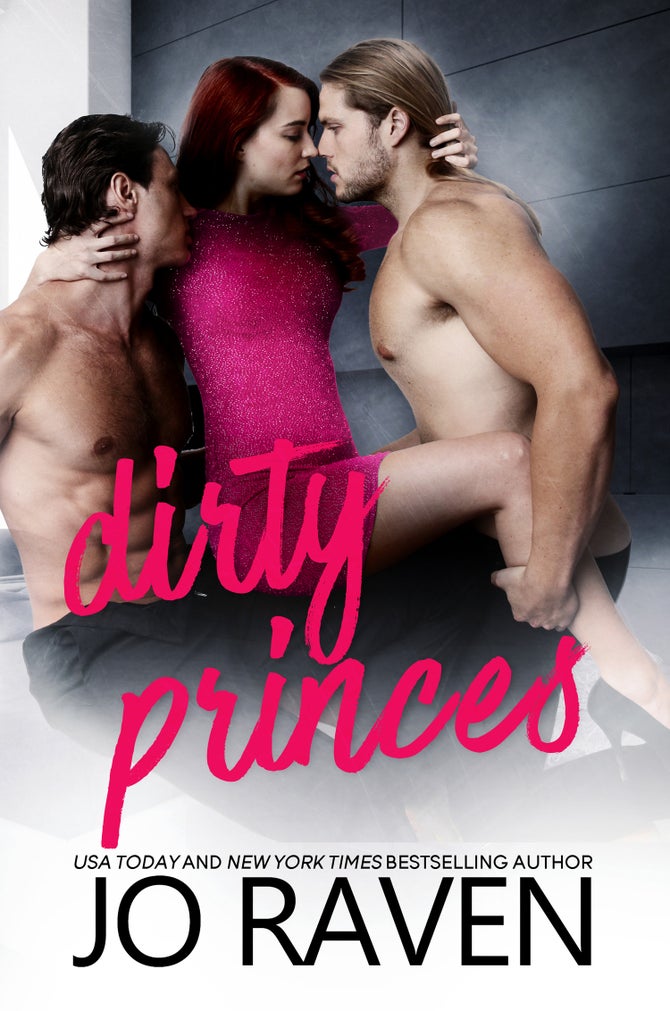 By Jo Raven
Once upon a time, there lived a princess called Brylee who had a cat and a steady job and her eye on a handsome prince.
But Prince Ryan refused to put out. So she baked cookies and buttered muffins, without any double meaning whatsoever, and saved her cherry for her prince.
Who was being difficult and not following the damn script.
Then Riddick walked through the door and ate her cookie.
Literally, okay? It was a good cookie, too, with chocolate chip.
Riddick is drop-dead gorgeous, but not a prince. Regardless, Brylee can’t fight that burning attraction.
Even when Ryan suddenly becomes interested in her.
This isn’t how things were supposed to happen. She was supposed to get a prince, not get caught between a hot prince and a hunky pauper.
Come on.
Especially not when said prince and pauper can’t stand each other.
Brylee isn’t above letting two men fight for her. After all, that’s the essence of a good fairytale, right? A fight, a winner, a grand wedding and a happily ever after.
It’s fine. After all, she doesn’t want them both.
At the same time. In her bed. Like, ever.
#FamousLastWords