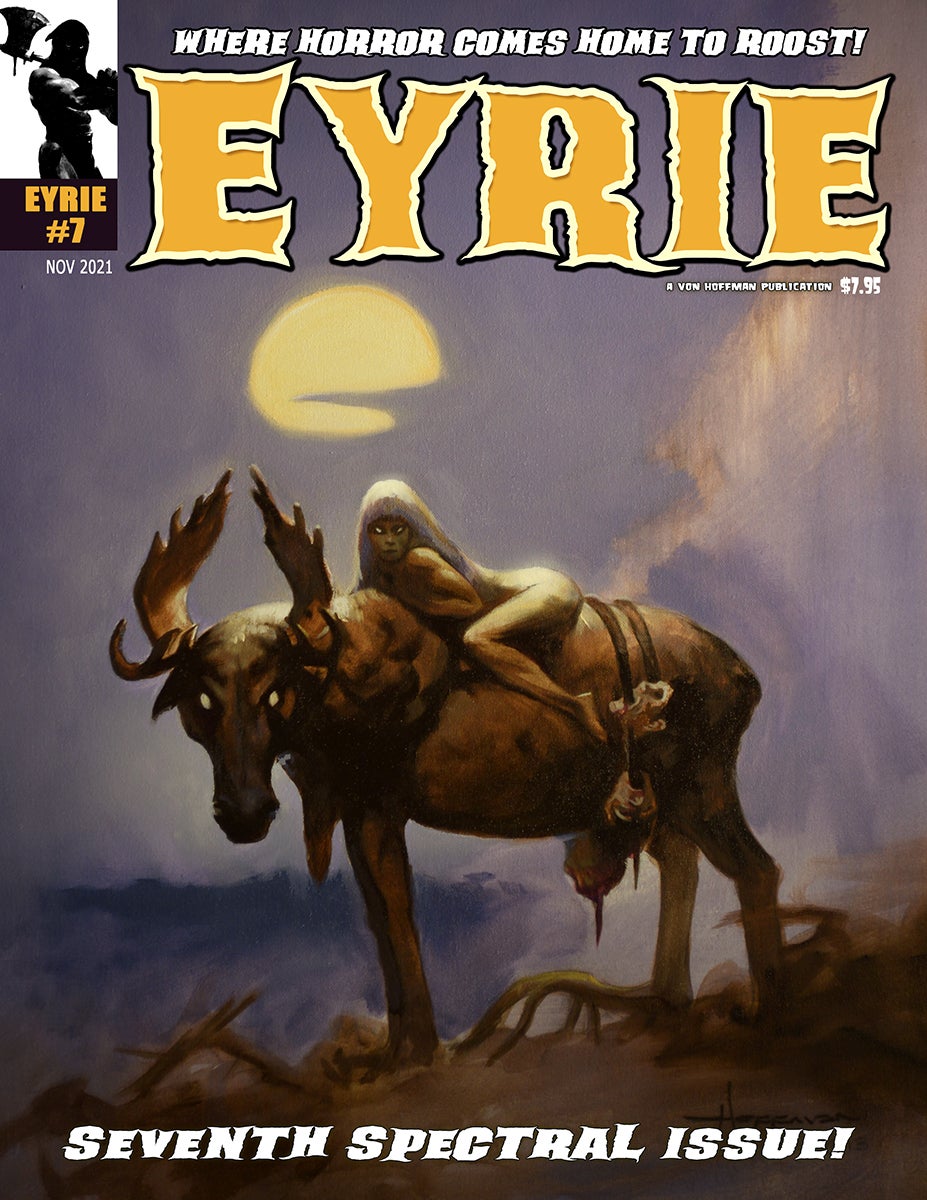 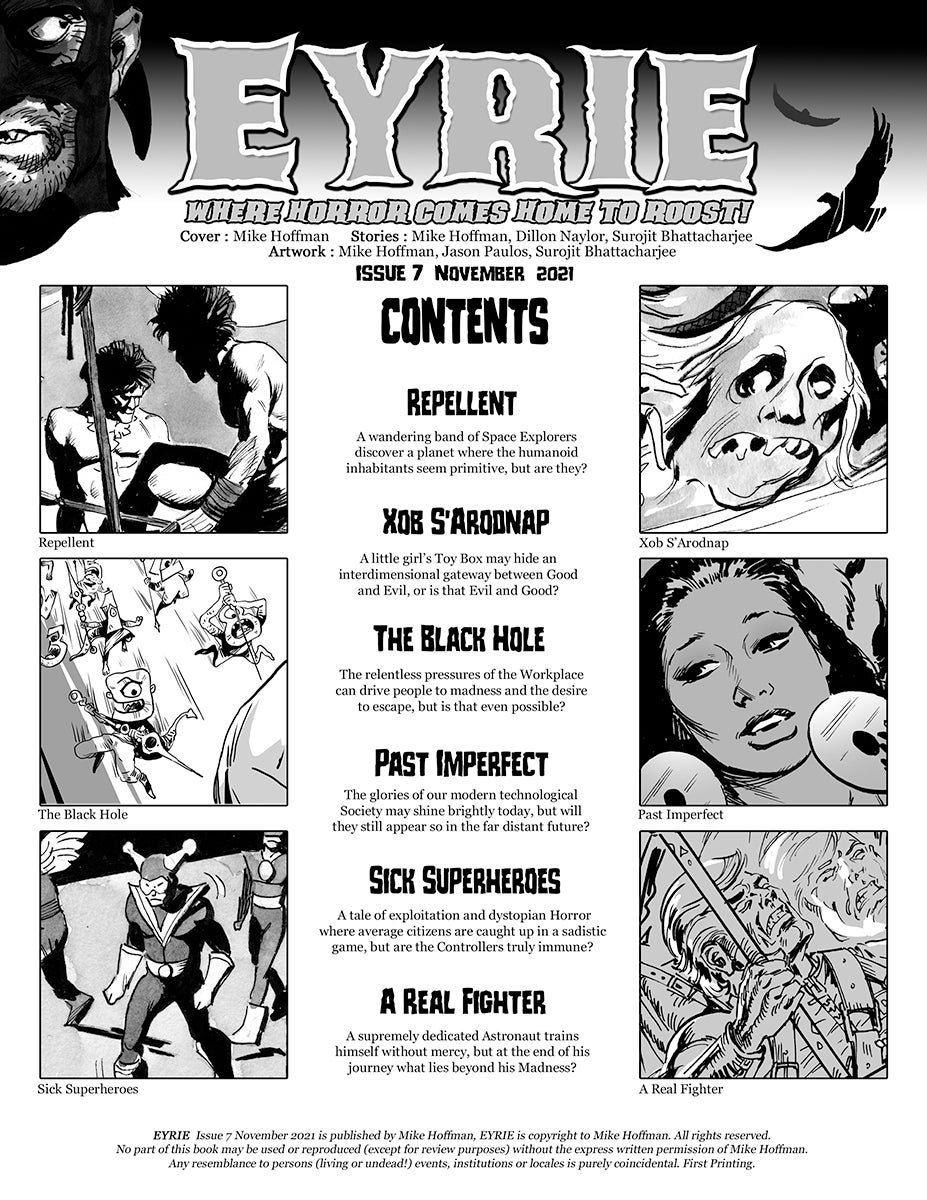 Rockets, ray guns and sullen eyed beauties are among the many visual attractions in this issue. The lead tale, Repellant, features two space explorers investigating a seemingly primitive planet. It’s a story that reminds us that complexity often lies just beneath the surface of things. The art is appealing with a classic aesthetic of figure proportions and layout. Hoffman’s brushwork has a near tactile range of economy and intent. The variety of line providing a sense of weight and presence to his figures. These themes prevail in the accompanying sci-fi stories The Black Hole by Surojit Bhattacharjee and another Hoffman tale, Past Imperfect. Both stories delve in synergy with post modern themes reminiscent of Twilight Zone intrigue. Similarly, the tale Sick Superheroes leaps into the domain of average joes conducting their civic duties as caped heroes. Eyrie impresses with its fresh take on classic themes and relatable storylines. There’s lots to enjoy in this magazine sized format of short adventures and I look forward to the next issue.
Show more