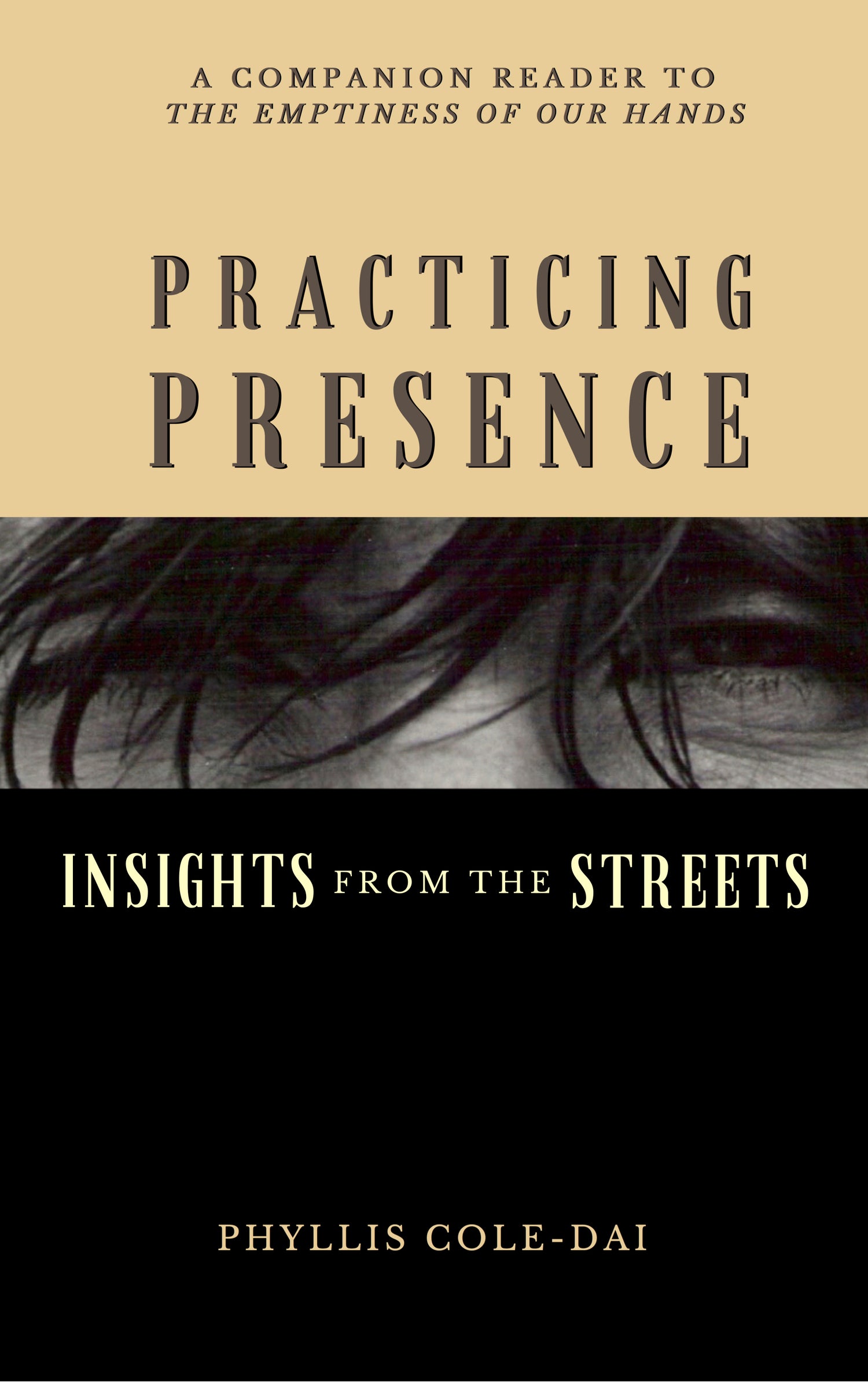 Practicing Presence: Insights from the Streets

An uncommon invitation to deepen your practice of presence, or mindfulness.

In 1999 Phyllis Cole-Dai lived by choice for 47 days on the streets of Columbus, Ohio. Together with James Murray, she practiced being present among chronically homeless people, offering them sustained attention and compassionate acceptance. She and James eventually recounted their story in The Emptiness of Our Hands, an "eye-opening" and "life-changing" read.

Ten years later Phyllis wrote this series of 47 reflections to commemorate their streets experience, elaborate further on practicing presence, and continue to bear witness to those who are homeless. Each reflection is based on an excerpt from The Emptiness of Our Hands. Originally published on her blog, the series has been compiled and lightly edited in this volume. Her insights remain as relevant as ever.

Also included in Practicing Presence are street photographs of Phyllis that have never been published.

Read this book on its own or in the company of The Emptiness of Our Hands. Take it slow, perhaps one chapter per day, so you can absorb and reflect.
You will get the following files: