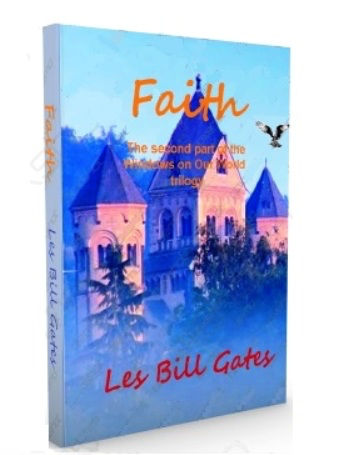 THE QUEST Their quest takes the company to every part of Luchor, Manchor and Atmos. Every time they locate one of the teeth, they also receive instructions for finding the next tooth. Throughout the quest, the wicked Wizard Gordeve tries to abduct Squire, destroy his friends, and thwart the quest.

‘Windows on Our World’ is a fantasy trilogy inspired by JRR Tolkien and Stephen Donaldson. ‘Hope’ is the first part of the trilogy. The ‘Quest for the Teeth of the Lower Jaw’ continues in the second book of the trilogy, ‘Faith’.