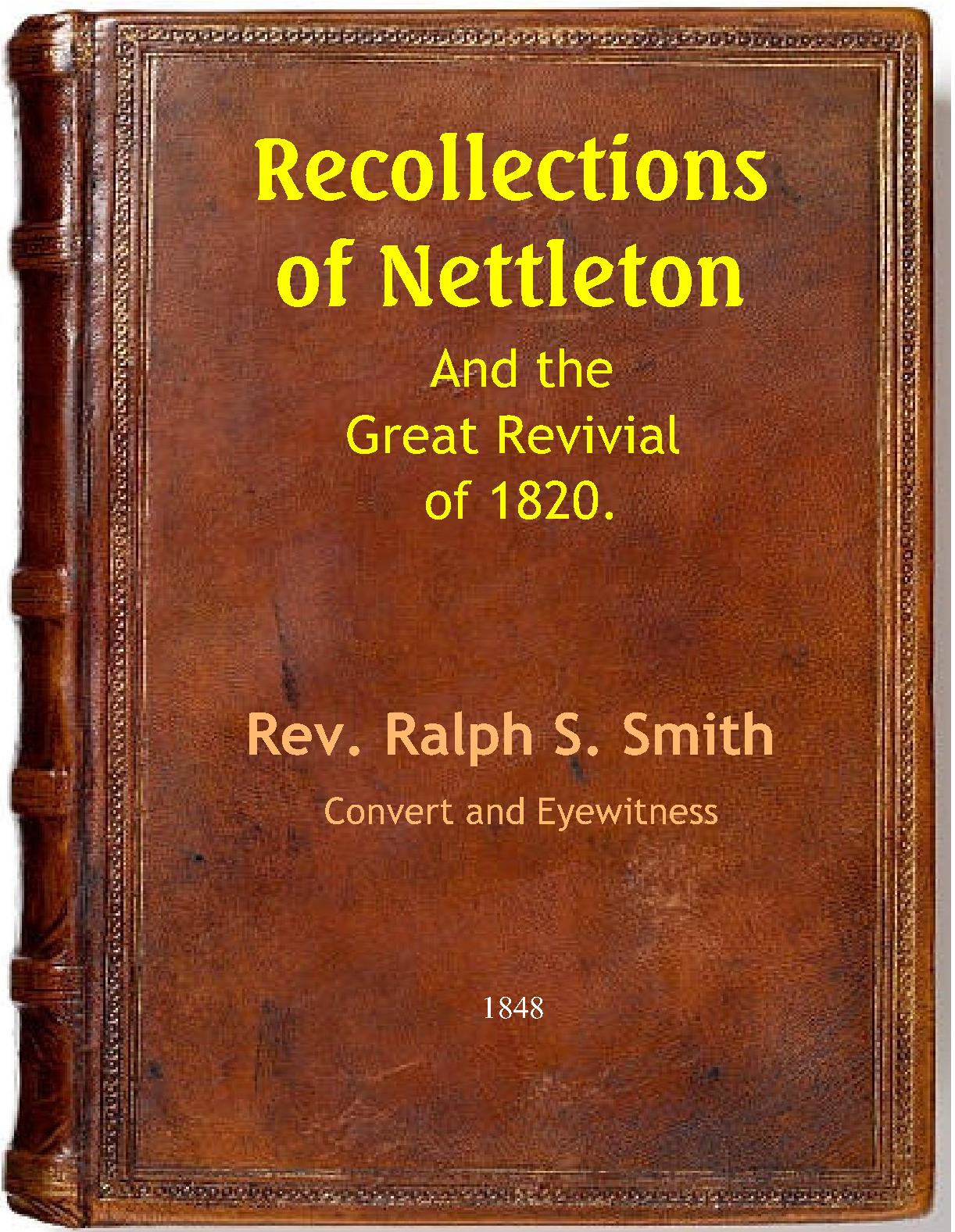 A brief narrative by the Rev. Ralph Smith, who was himself converted under the awakening of the Holy Spirit’s working in New York through the ministry of Asahel Nettleton. He was personally acquainted with many individuals and churches in that state who were also awakened and positively affected by the revivals in and around the year 1820. Some of their stories, along with assessments of Mr. Nettleton’s character and methods, are given in this short account.

Considered by many as the most useful Christian evangelist in American history, he operated in contrast to the "new measures" which developed under the leadership of Charles Finney and his followers. These "Recollections" provide a record of true God-given revival in several localities and the God-honoring methods employed.

This reset, modernized format version was published in 1999, revised and corrected in 2021. It contains 159 pages of the original material with an appended sketch of the great evangelist by his friend J. B. Waterbury. It is internally linked for maximum maneuver-ability within the document.
You will get a PDF (897KB) file