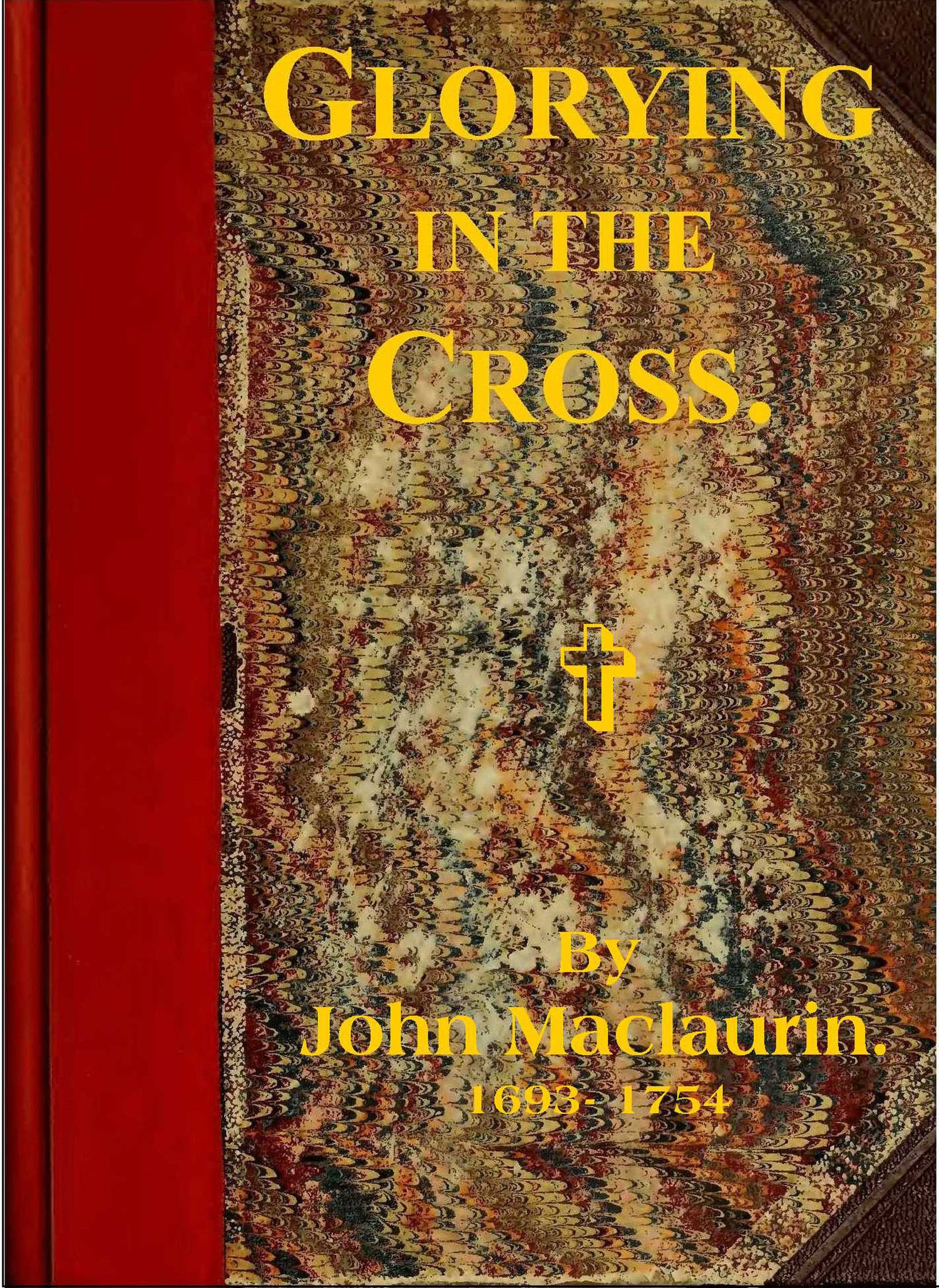 The author was the revered Presbyterian pastor, John Maclaurin (1693-1754). This sermon has been highly prized since the mid 1700's. Scottish Baptist Archibald McLean, who as a young man often sat under the ministry of Maclaurin, highly recommended the author’s writings and said that, “Every sentence of his Sermon on glorying in the cross of Christ, might serve as a text to preach from!” In his Preface to the American edition, J. W. Alexander wrote: “There is probably no single sermon in the English language which has required a higher place in the esteem of sound theologians and evangelical Christians, than that which is here. . . . The discourse is no less valuable for the instruction and edification of private members of the Church, than admirable as an exemplar for young preachers. Not only is it happy in style, but its subject is the very heart and life of the Gospel system. — Seldom has the most common of all pulpit topics been handled with such novelty of thought and impressiveness of representation; never, we suppose, was a more varied abundance of truth compressed within the same compass. Without an approach to undue amplification, the argument is perspicuous to common minds, while at the same time it kindles into a high and absorbing eloquence. The discourse may be cited as an example of the rule, that the greatest effects on the heart are to be produced, not by pictures, flowers, or declamatory bursts, but by pure doctrinal truth, uttered with a heavenly glow. If, after several perusals — and the sermon deserves many — the young reader find his heart warmed with love, and lifted in admiration of the adorable Redeemer, who is its grand subject, he will not err in ascribing this to the peculiarly scriptural and evangelical quality of the matter, and the corresponding ardor and tenderness of the manner. From first to last, the tendency of the performance is to exalt the Lord Jesus Christ.”

This reset, modernized format version also has the added features of: a Glossary, Scripture Links to references only cited in the text, and an exhaustive Scripture Index. All sections are internally linked for maximum maneuverability within the document.
You will get a PDF (2MB) file