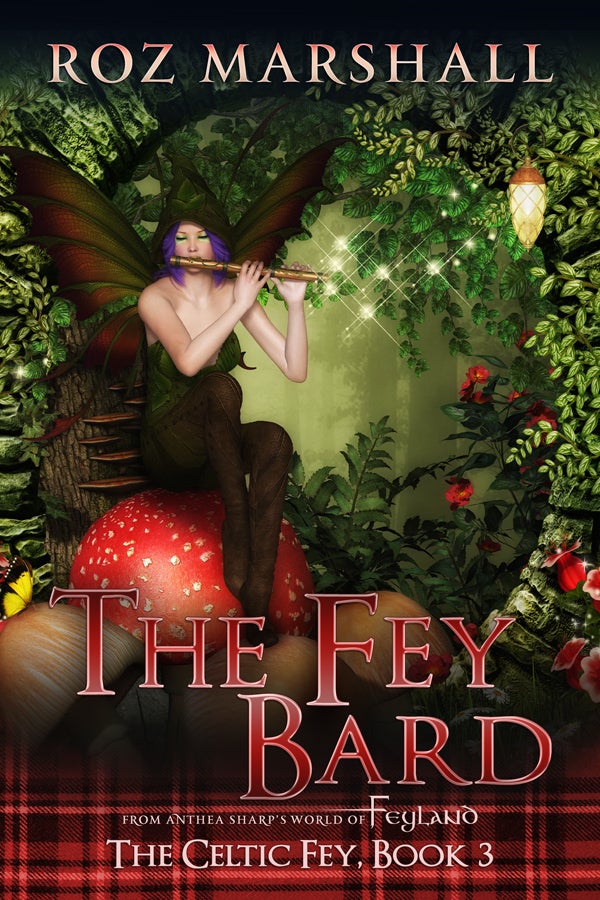 A magical song, a mysterious singer...

To be sure of his place at the Highland Music School, Andy Morris - wannabe musician from the wrong side of town - needs a song. But not just any song, THE song that will leave the tutors with their kilts in a commotion.

Unfortunately, standout songs are in short supply. Until he’s playing the virtual reality game, Feyland, and hears a fey bard play a haunting tune. It’s the song he needs, if he can just track down the singer.

But finding the singer - and her song - isn’t as easy as just walking up and asking her. When she disappears, as if by magic, and then appears on the streets of his hometown of Perth in Scotland, Andy’s quest to track down the mysterious musician has only just begun…

:: The Fey Bard is the third book in the Celtic Fey series set in Anthea Sharp's Feyland universe (with her kind permission). It is a stand-alone novelette with a full story arc, and it adds to the story started in Unicorn Magic.

This is a clean fantasy story which is set in Scotland (and the faerie realm) and uses British English spelling and grammar.

***
After purchase, your eBook file will be delivered by Bookfunnel, who will help you load it to your eBook reader :-)