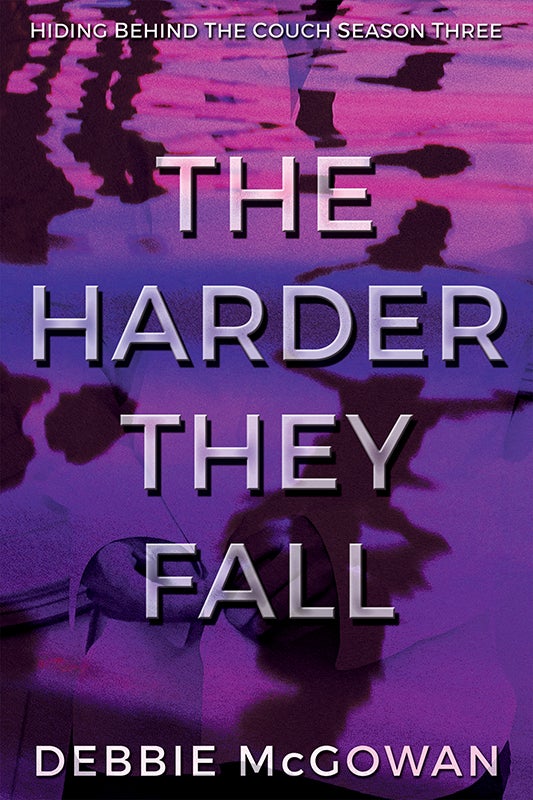 The Harder They Fall (Hiding Behind The Couch Season Three)

The Harder They Fall by Debbie McGowan

A fatal plane crash in Kathmandu. A fateful high school reunion. The wedding of the year and a honeymoon that eight best friends will never forget.

Emotions run riot in Debbie McGowan’s most recent addition to the highly acclaimed Hiding Behind The Couch series.

Delve deeper into the lives, lies and loves of your favourite characters in this touching tale where twists and turns abound.

Whilst Dan battles for his life in Kathmandu, back home preparations for Eleanor’s wedding are interrupted by events that exhume painful memories from the past, forcing Josh to finally come clean about his true feelings.

“A novel that sparkles and comes to life in your imagination unlike any other.”

“The strangest honeymoon ever, in which a hot tub and a Labrador play a leading role…”

“I can’t recommend this highly enough—there is no way you could fail to fall in love with these characters and be sucked into their lives.”

The Harder They Fall is season three in the Hiding Behind The Couch series.

The story follows chronologically from No Time Like The Present (Season Two). The story continues in Crying in the Rain (Novel – runs parallel with the second half of The Harder They Fall), First Christmas (Novella) and In The Stars Part I (Season Four).

WARNING: this story deals with themes of depression and suicide ideation.