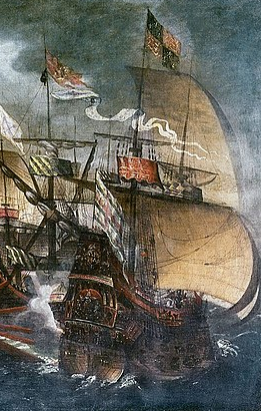 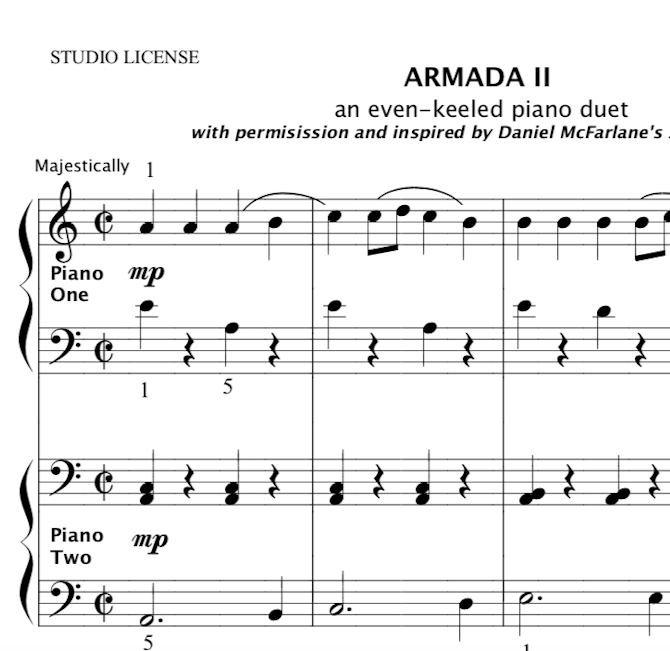 By Piano Every Day
ARMADA II PIANO DUET by Natale Farrell (Studio License)
This duet, written in A minor, is an "even-keeled" piano duet because it has about the same difficulty in both piano parts and each can be played alone as a sparate song. It could be played by two advanced beginner students.  The theme of the song was inspired by Daniel McFarlane's piano piece, Armada, from one of his Supersonic piano books. Natale was given permission to recreate and sell this new piece in its duet form.