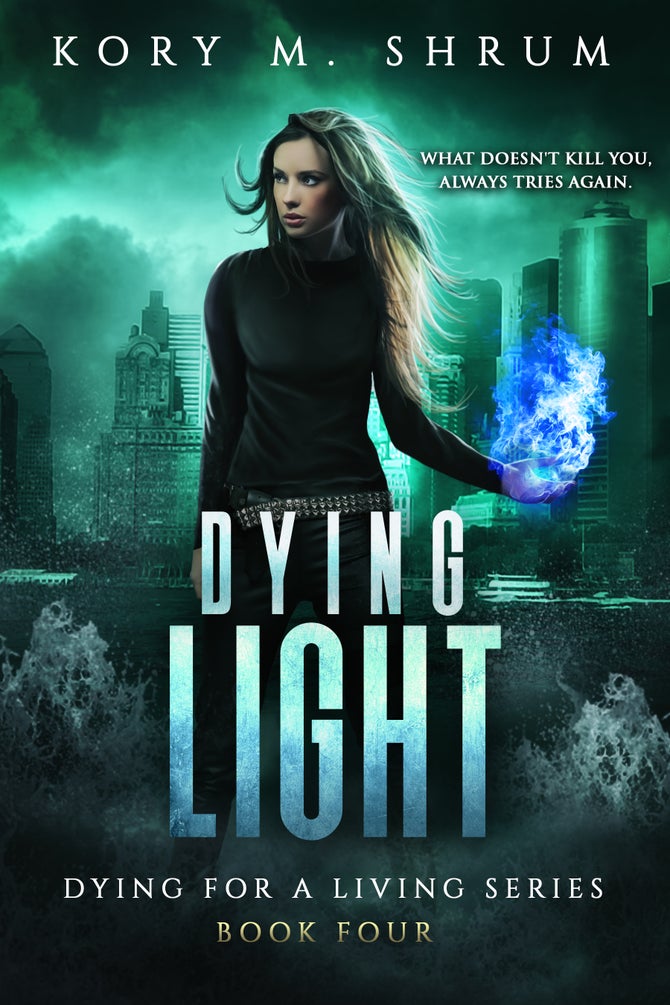 By Kory M. Shrum
Read the series with 700 five-star reviews. A contemporary fantasy series unlike any other.

In the wake of her handler's death, Jesse has never felt more alone. If she has any hope of defeating her sadistic, murdering father, Caldwell, she needs allies.

In her quest to forge alliances, Jesse goes to Chicago, Caldwell's very own stronghold. But in this attempt to take the fight to her father's door, Jesse learns his secret.

And it changes everything.

Now that she knows the truth, Jesse must decide if she has the strength to follow through with her brutal plan to save the world--even if it means letting good people die...

Dying Light is the fourth novel in the "smart, imaginative, and insanely addictive" Dying for a Living series. You do not have to read the series in order to enjoy it, but it is highly recommended.

★★★★★ "This is an excellent addition to the series ... and a book that I heartily recommend."

★★★★★ "What a great series. It has everything urban fantasy lovers want: fast-paced, action-filled, snarky protagonist, and a unique mythos/world."

★★★★★ "Along with great characters, the world building is fantastic and once you start, you won't want to put it down."

★★★★★ "Every character, scene, scenario, and plotline has a place and they will leave you wanting more."

★★★★★ "Another successful adventure that had me unable to turn the pages fast enough!"

★★★★★ "Most EXCELLENT read!! I LOVE how you never know what's going to happen next!"