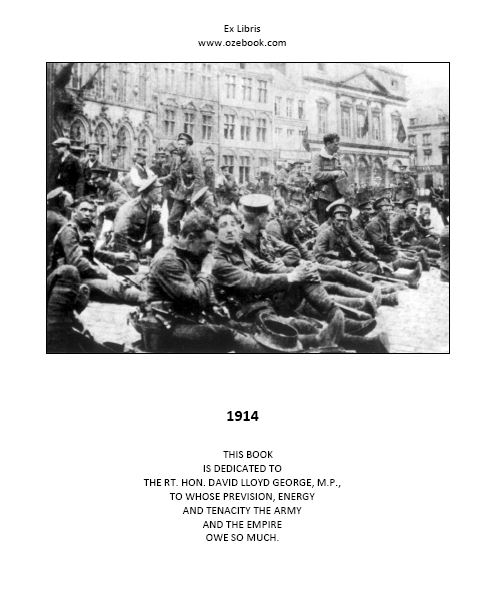 1914 by Lord French
Field Marshal John Denton Pinkstone French, 1st Earl of Ypres, KP, GCB, OM, GCVO, KCMG, ADC, PC (28 September 1852 – 22 May 1925), known as The Viscount French between 1916 and 1922, was a British and Anglo-Irish officer. Served as the first Commander-in-Chief of the British Expeditionary Force for the first two years of World War I. French oversaw the BEF in the Battle of Mons, battle of the Marne and 1St Ypres and the introduction of the Territorials before the disastrous Battle of Loos. French's disagreements with Kitchener and Haig saw him removed from command in 1915. This account of the fundamental campaigns of the beginning of the Great War highlights the difficulty of fighting against overwhelming odds with limited supplies and an allied army. Includes detailed maps....