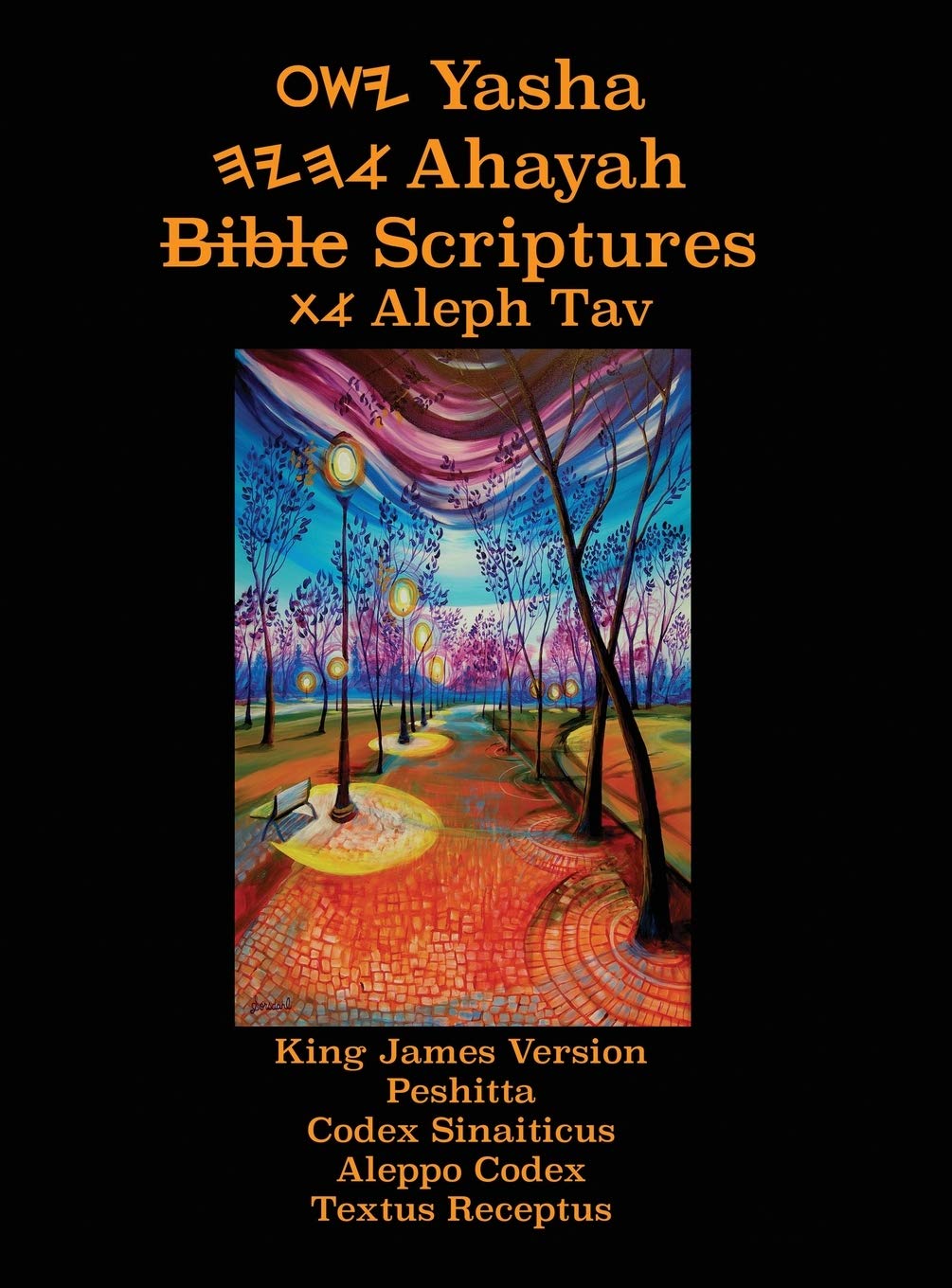 On Sale
CAD12.50
CA$12.50
Added to cart
The Yasha Ahayah Bible Scriptures Aleph Tav (YASAT) coming out of Babylon is an English version following the Antioch (Protestant) WORD of the 1769 King James Bible (KJV), the Textus Receptus, Peshitta, and the Jewish Aleppo Codex. This scripture restores the NAME of the Messiah Yasha taken from the Oldest Greek NT, the Codex Sinaticus uses the "nomina sacra" (Iota Sigma), which is YASHA in ancient Paleo Hebrew. Twenty-one other Alexandrian Papyrus parchment fragments from 300AD or before also confirm this. This scripture research uses both Antioch (Protestant/Jewish) TEXT "WORD" and Alexandrian (Catholic) "NAME" line for the Messiah.

In medieval times, the Jews who rejected the Messiah called His name Yeshu harasha or Yeshu rasha with Yeshu being an acronym for the formula "may his name and memory be obliterated" (see Toledot Yeshu). This is very close to Yasha, which means Saviour in Hebrew. Here for the very first time is a literal translation of the scriptures with the sacred name of Ahayah and Yasha, restored and preserved. Did you know in every bible translation, including the KJV, that our Heavenly Father's personal name Ahayah has been taken out and replaced with titles and even names of pagan deities more than 10,000 times? The YASAT is designed for those looking forward to reading the word as it was meant to be, by coming out of Babylon, which worshiped foreign Gods. Start giving glory to Ahayah and Yasha and not paganistic gods, like Lord, God, Elohim, EL, Jehovah, and Jesus to name a few. This scripture also replaces "Law" with "Torah Law," as the law was given to Moses on the temple mount, and many confuse the LAW with the voted (serpent laws) found in society.

At the time of this third publishing, I have restored the Rawach Qadash instead of the Pagan term Holy. Pharmaceutical has also been linked to sorcery/witchcraft in scripture, while natural herbs like marijuana have been proven to be in scriptures and the historical proof has also been included. I have restored the Aleph Tav in the Torah and part of the Tanakh. This edition builds upon the second edition. Many common terms used in most Bibles today have pagan origins, so I have done research into cleaner terms to use and have documented them at the back of this book as well as on my website ahayah.com under "PAGAN TERMS" to help fulfill Exodus 23:13.
You will get a PDF (14MB) file