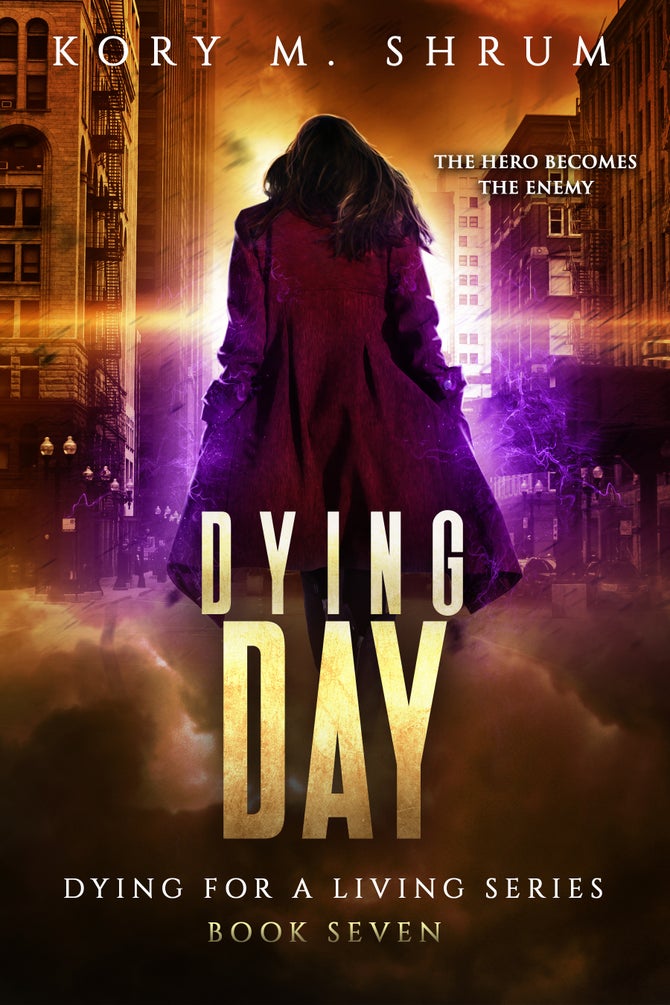 By Kory M. Shrum
Read the series with 700 five-star reviews! A contemporary fantasy series unlike any other.

She was the hero. Now she is the enemy.

Jesse Sullivan has defeated her father and saved the world from his dark machinations. But as the beloved face of The Unified Church, his death has made him a martyr and now his murderer is public enemy number one.

But it isn't the countless government agencies and freelance assassins who want Jesse's head that she should fear. It is the powerful entity who's come to reclaim the world she has stolen from him.

Dying Day is the seventh and final book in the Dying for a Living series. You do not have to read the books in order to enjoy them, but it is highly recommended.

Read the riveting conclusion to the Dying for a Living series and find out how Jesse Sullivan's story ends.

★★★★★ "Everything that happens adds to the story. There's no filler."

★★★★★ "Such a unique concept that was beautifully written."

★★★★★ "...a ride on an emotional roller-coaster that leaves you breathless."

★★★★★ "I can't say enough about this last installment of the Jesse Sullivan series. The pages could not be turned fast enough."

★★★★★ "Hands down one of my favorites and will be re-read again and again."