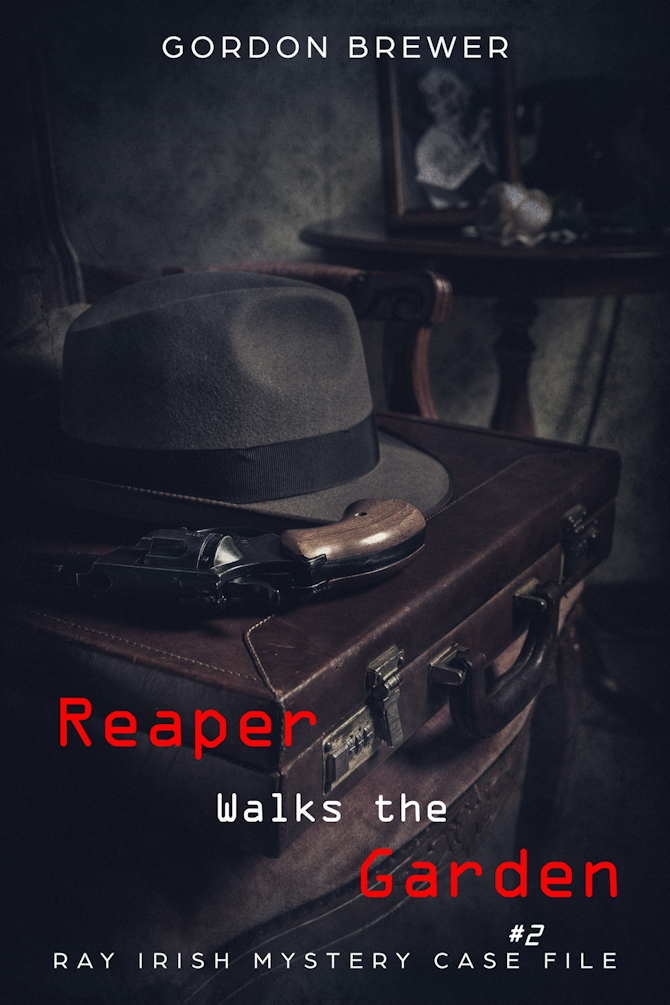 By Gordon Brewer - Author
A hard-boiled tale of debauchery and murder among the rich.

A vacation as the guest among the upper crust of Colonial Beach society gave Ray Irish a reason to see an old flame. However, he didn't count on helping the police to solve a murder while trying to keep himself from becoming the next victim.

The Ray Irish Mystery Case Files follow a hard-boiled private detective with a chip on his shoulder and a whiskey bottle in his desk drawer.
Set in in the late 1940s in the rough and tumble world of his adopted hometown, Oyster City, Irish has a reputation for his short temper and hard-headed luck. He’s a relatively honest private detective that trusts in honor and justice. However, his beliefs are continually tested when trying to survive in a corrupt city controlled by crooked politicians, wealthy crime lords, and colorful grafters.

Whether his case involves deadly racketeers, seductive grifters, or the wealthy and corrupt ruling elite, Ray Irish understands his fate always comes back to one thing.
He must discover the truth behind all of the lies.