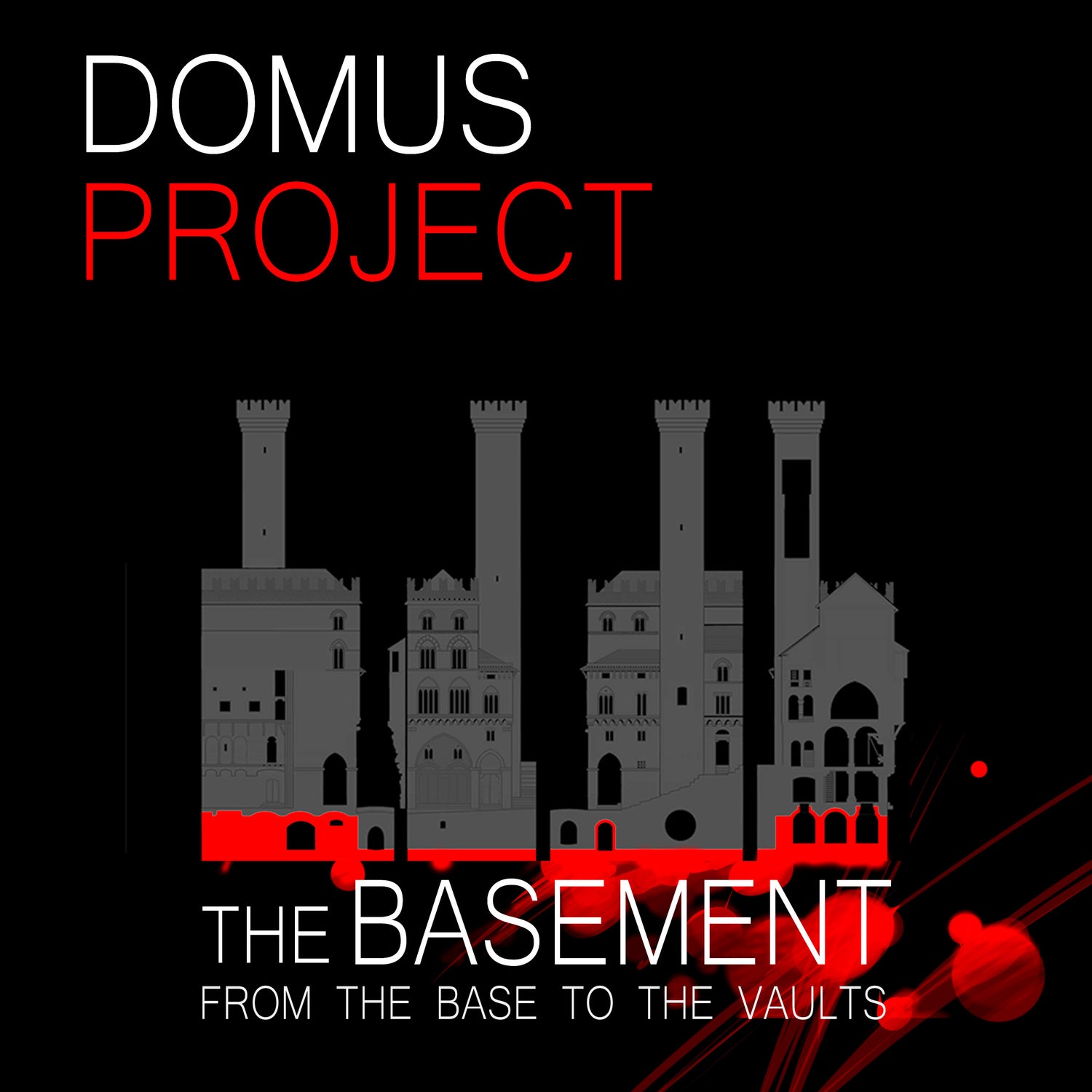 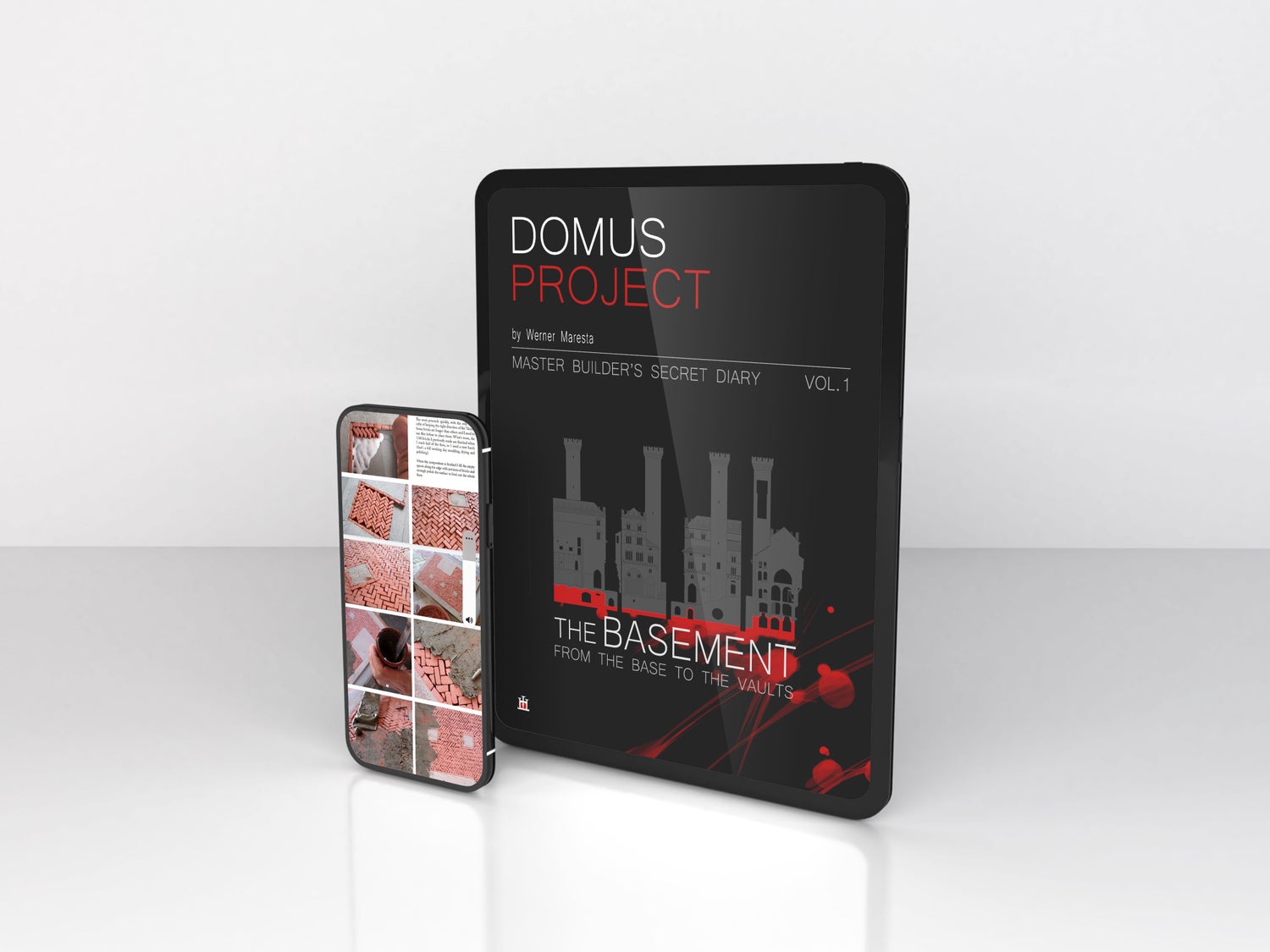 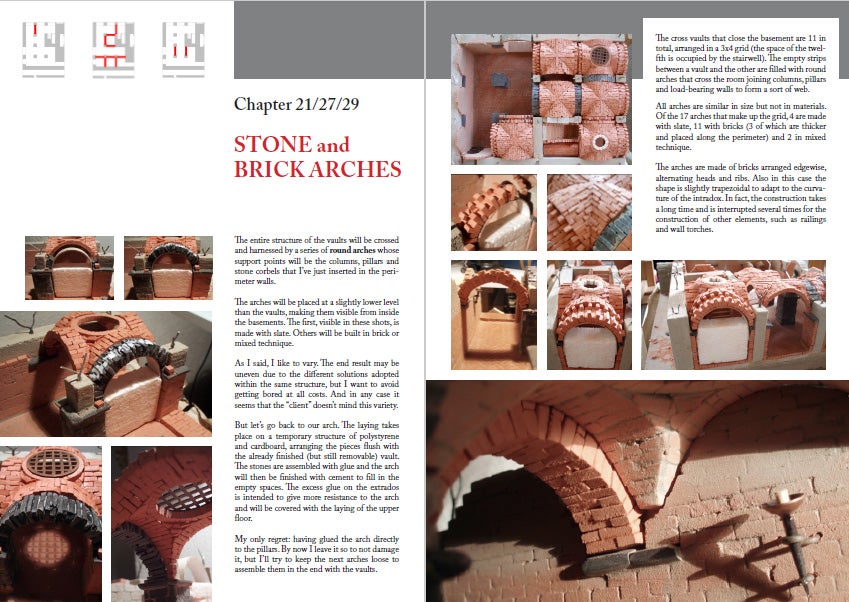 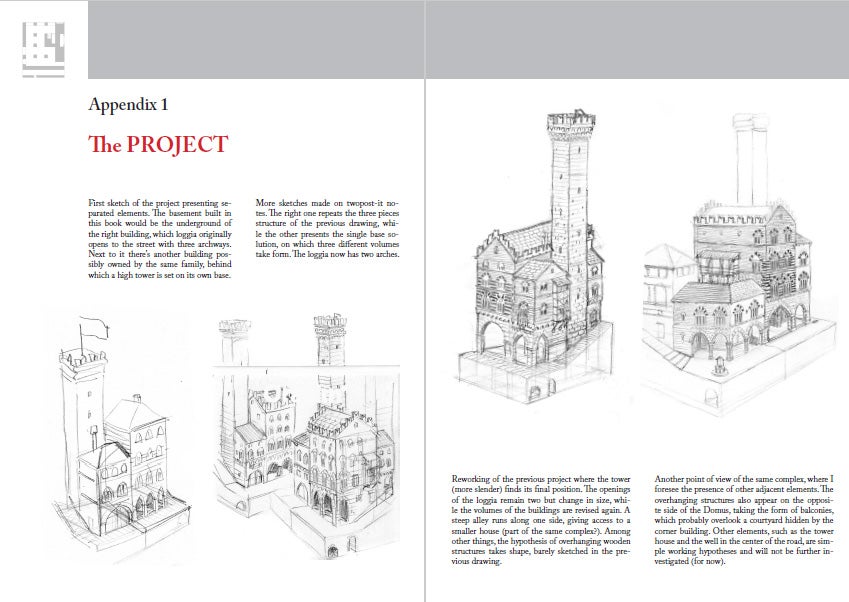 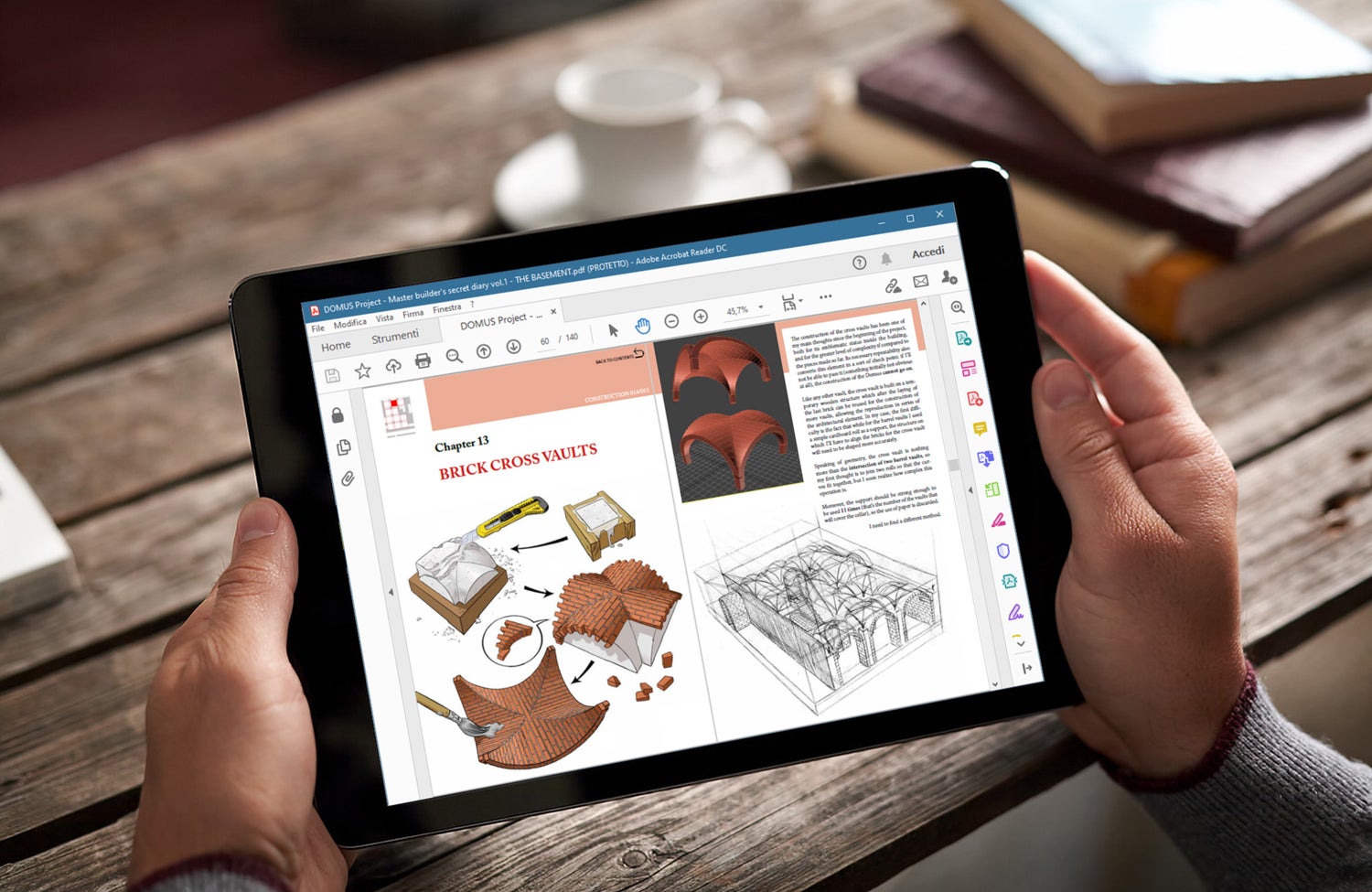 The DOMUS project is the 1:50 scale construction of an imaginary 14th century palace built with real contruction materials such as concrete, brick, stone, assembled one by one as if it were a real construction site.

The book shows the construction of the basement, from the reinforced concrete base to the cellar vaults. The assemby of walls, arches, vaults and other elements is described with step-by-step pictures and considerations about the techniques put into practice by the builder, including mistakes and afterthoughts.

Halfway between a diary and a manual, this volume is aimed at those who, coming from the world of static modeling, nativity scene or diorama, would like to approach structural modeling, a discipline that reworks real construction techniques adapting them to miniature.


These are the topics covered in the first volume:

140 pages | +500 pictures | sketches, plans and full description of the construction process with sizes, material and tools used.
You will get a PDF (15MB) file