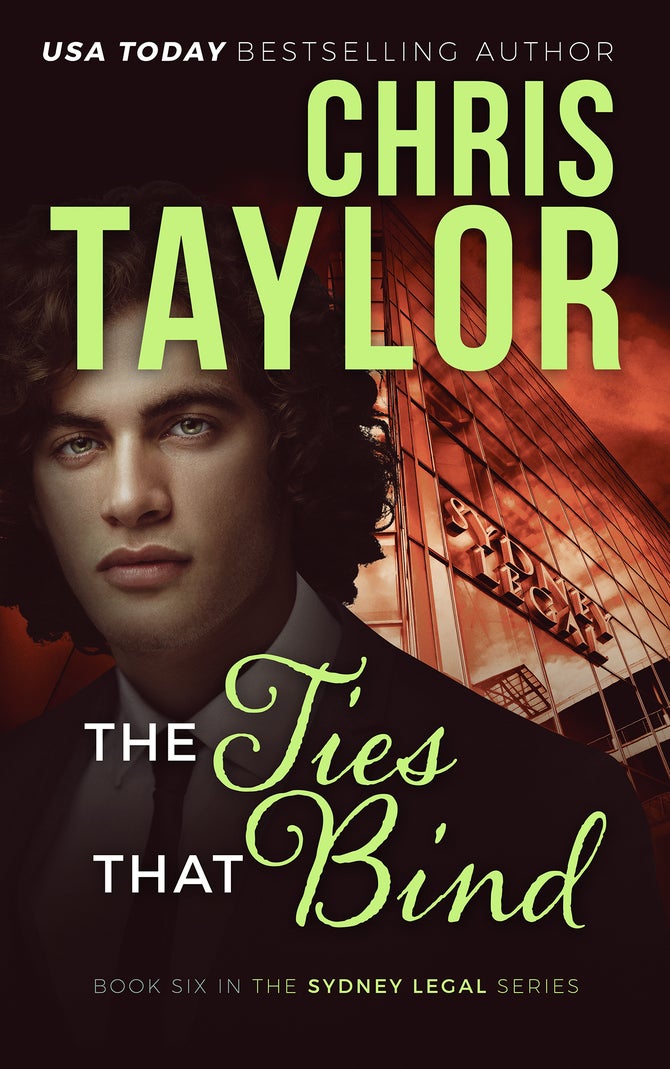 The Ties That Bind - Book Six of the Sydney Legal Series

Trey Walker is living the high life. A successful advertising executive at the impressive Baker & Saddler advertising firm, he’s dangerously good looking, drives a vintage red Mustang and has his pick of women. Life couldn’t get any sweeter. Then Trey receives an urgent call from his identical twin brother and in an instant, his life changes…

Wade Walker’s life has never been easy. He might have been born with looks to die for, but so far things haven’t worked out. In and out of dead end jobs, Wade is resentful of his brother’s success. Even so, he’s always been able to rely on Trey and the night of Saturday, September fifth is no different. Only this time, things don’t quite go as planned. A woman has been raped and the police are asking a whole bunch of difficult questions. Trey is taken away in handcuffs…

Kiesha Munro has a reputation at the prestigious Sydney Legal law firm for being their best defense attorney, but her rise to the top has been far from easy. She’s an aboriginal woman working in a white male-dominated world and even in the twenty-first century, it’s taken a whole lot of hard work, courage and determination to get there. When Trey seeks her out to represent him against rape charges, she’s initially reluctant to take him on.

But then she hears Trey’s story and she’s convinced he’s been wrongly accused. She’s determined to do all she can to prove his innocence and at the same time, protect her heart. With killer looks and a body that would get any woman’s pulse racing, Trey Walker is dangerous, but not in the way the police think. Of that she has no doubt…