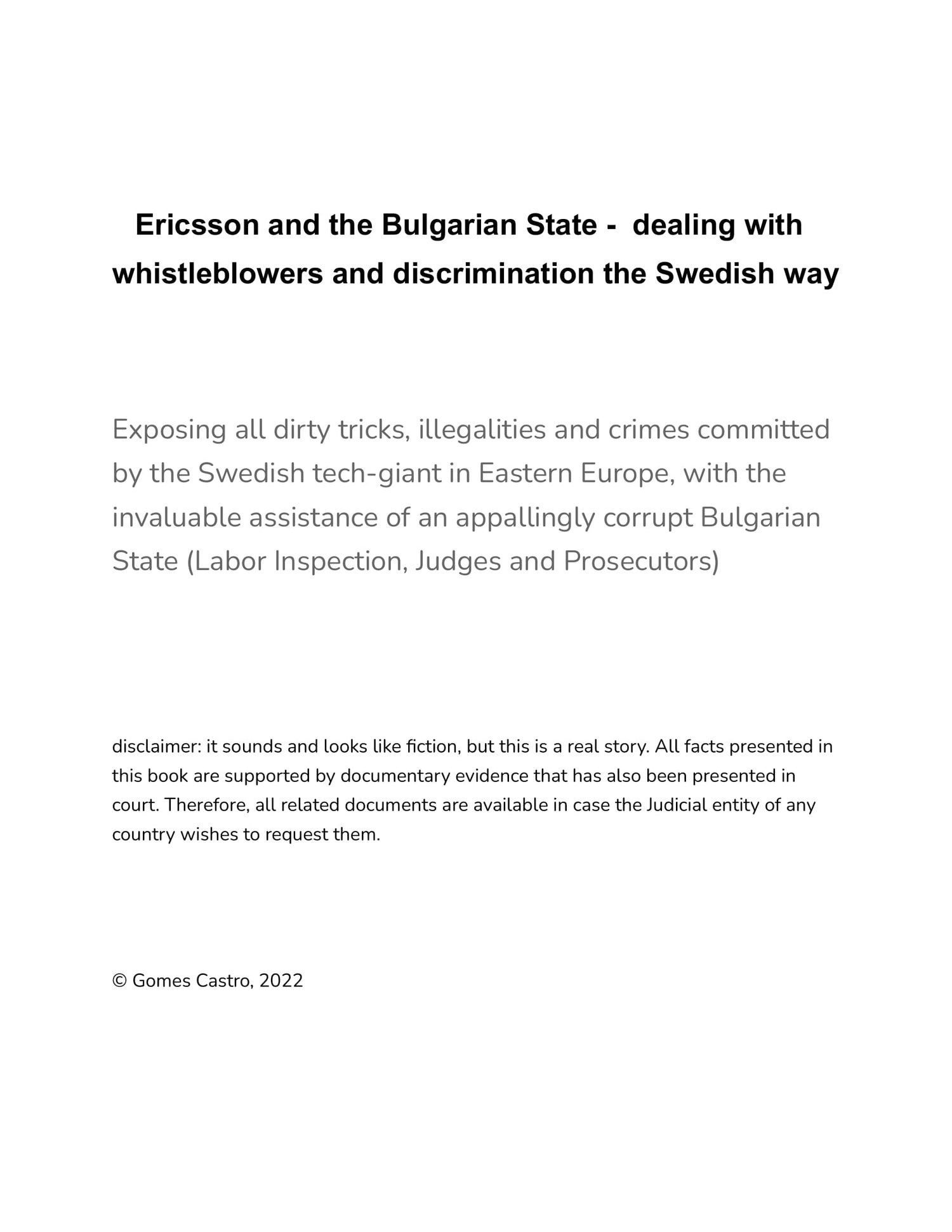 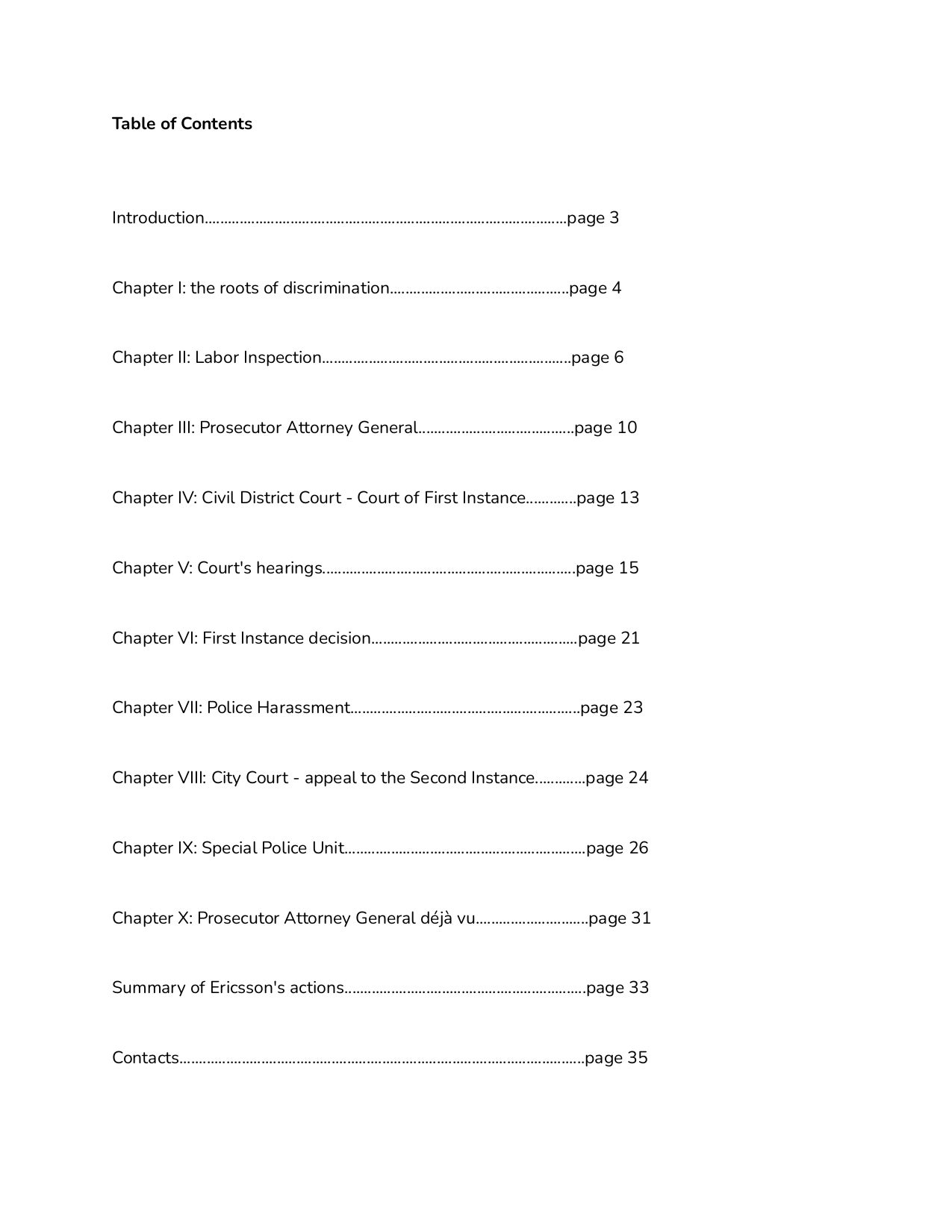 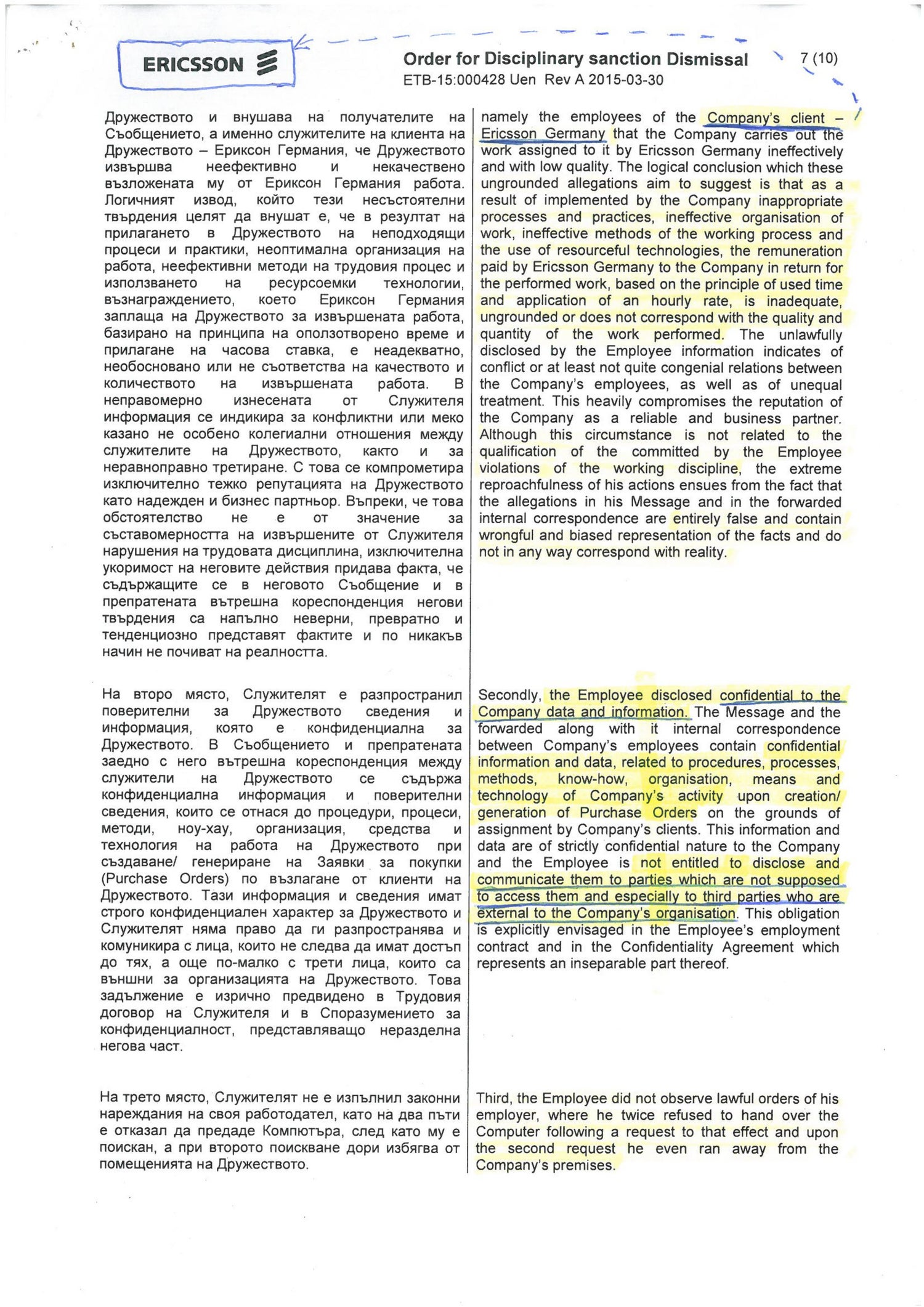 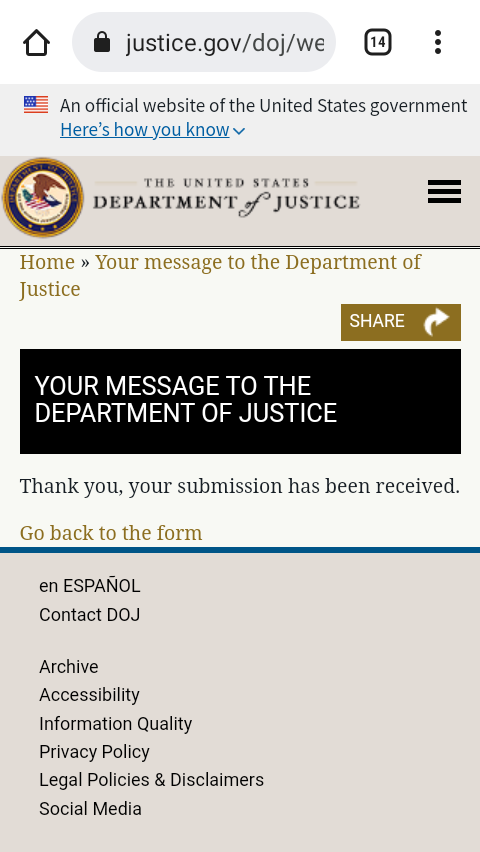 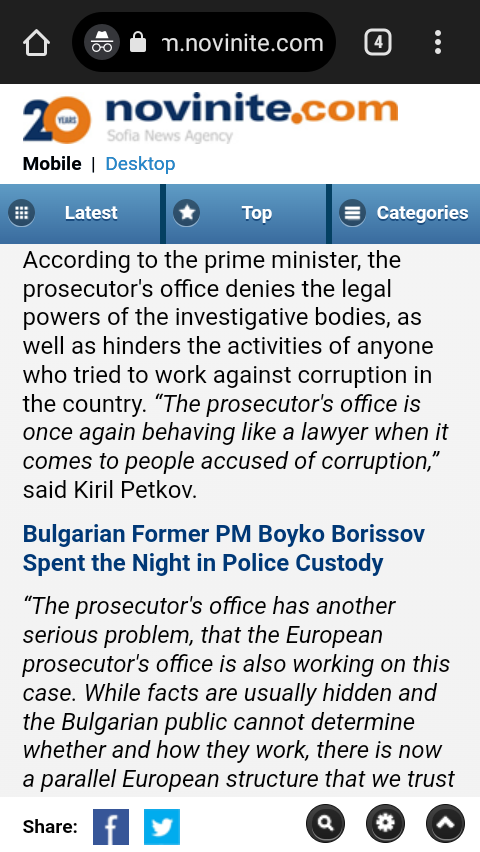 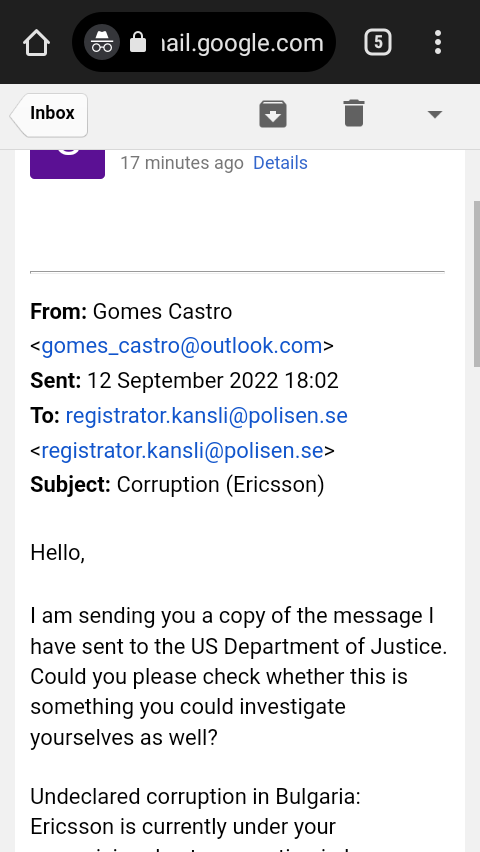 On Sale
€2.99
€2.99
Added to cart
I'm a former Ericsson employee, currently fighting against the company in court (and at Prosecutor Attorney's level as well, i.e. criminal investigation), a fight that has been dragging on for the past 7 years, and that directly involves Mr. Börje Ekholm (CEO) and Mr. Xavier Dedullen (Chief Legal Officer up until the scandal in Iraq broke out in early 2022).

Ericsson is an absolutely corrupt organization that corrupts everything and everyone that gets in their way. For them it became so natural that they even corrupted a State institution such as the Labor Inspection just in order to proceed with an illegal dismissal. In that moment, you realize that for them everything is fair game, that this is their modus operandi, and that they consider it so normal that they simply seem to have lost touch with reality (it is important not to forget that for several years they bribed and built a business partnership with ISIS, which says it all about their business integrity and Ethics).

In the end, they refuse to compensate the victim of their corruption, in fact further aggravating their corrupt actions and activities as they need to corrupt even more people and institutions in order to avoid being prosecuted.

Other illegalities and crimes committed by Ericsson include:

Interestingly enough, by the time the evidence was being fabricated, I was being made monetary offers to leave the company on their terms and being told that if I would choose not to accept them I would be fired on disciplinary grounds (fact that I reported to the Labor Inspection in due time and before it actually happened, i.e., before I was fired).

Unfortunately, in Bulgaria the public servants do not use their positions to serve and protect the citizens and to make sure the laws are respected, instead they use the citizens' complaints as a way of profiting and making money, be it for them directly or for the institutions they represent.

It is important to note that Ericsson behaves like this (i.e., providing false statements and fabricated evidence in court) with common people, but when the U.S. Department of Justice starts a criminal investigation and threatens them with bribery charges over alleged misconduct in Iraq, they immediately settle it and accept to pay over 1 billion dollars in fines, not to be prosecuted.                                This says it all about the company's activities and the character of the individuals involved.

With your purchase, you will be helping to expose and fight against the illegalities and crimes committed by such corporations against common citizens like you and me, and I would be grateful if you could share the link with your family and friends so that more people are aware of it.
Because at the end of the day, what they hope is that people in Sweden don't get to know about it, so that they can keep living the facade.
Facade, in which they flaunt around their positions, titles and social status while offering themselves millions of euros in salaries and special pension payments, all at the cost of destroying the lives and careers of voiceless people in poorer countries that no one cares about, seriously damaging Sweden's name and reputation along the way.
Thank you.

If you would like to buy but don't have a credit card, email:
gomes_castro@outlook.com
twitter: @essequamvid
https://ko-fi.com/gomesc

I'm attaching part of the dismissal letter to the images above (you can also find it at https://docdro.id/pafE1HW ), in which the different Ericsson offices refer to each other as clients of one another. That way, they transform a complaint against discrimination into the sharing of confidential information with a client.
As a result I was fired on disciplinary grounds, while most of the others directly involved continue to work for the company to this day, in high positions, some of which even got promoted.
This is the corporate culture and these are the principles being applied by Ericsson, and the question we need to ask ourselves is: what type of people, what leaders are they searching for, cultivating, incentivizing and promoting?
Asking and thinking about that question will definitely help you understand all the latest news surrounding Ericsson and its leaders.

Not happy with having corrupted the Labor Inspection, they then went on to provide false statements and fabricated evidence in court, and because I have proof that indeed everything is false and fabricated, they needed to yet again resort to corruption in order to receive State protection and avoid prosecution. After all, and apparently, public officials are cheaper than me.
All of this with their CEOs knowledge and green light.

Lately, I started being harassed by the authorities for denouncing corruption, which makes me believe that the amounts possibly at stake are extremely high.
As a last resort, I wrote this book and I'll be proceeding with informing the US Department of Justice (Ericsson is under their supervision due to overspread corruption, bribes and deals with ISIS) as well as the Swedish anti-corruption agency -  the messages sent to both organizations are available as part of the attached images on top of the page.

This book, and all of the facts presented in it, besides accounting for a truthful recounting of the events and, therefore, being easy to be checked and having both its authenticity as well as the identity of the author confirmed, is also protected by Copyright Law.
As such, any attempt to unauthorizedly sell or rent it by way of unauthorized reproduction or use in order to profit from it, will be legally contested and prosecuted.
You will get a PDF (187KB) file