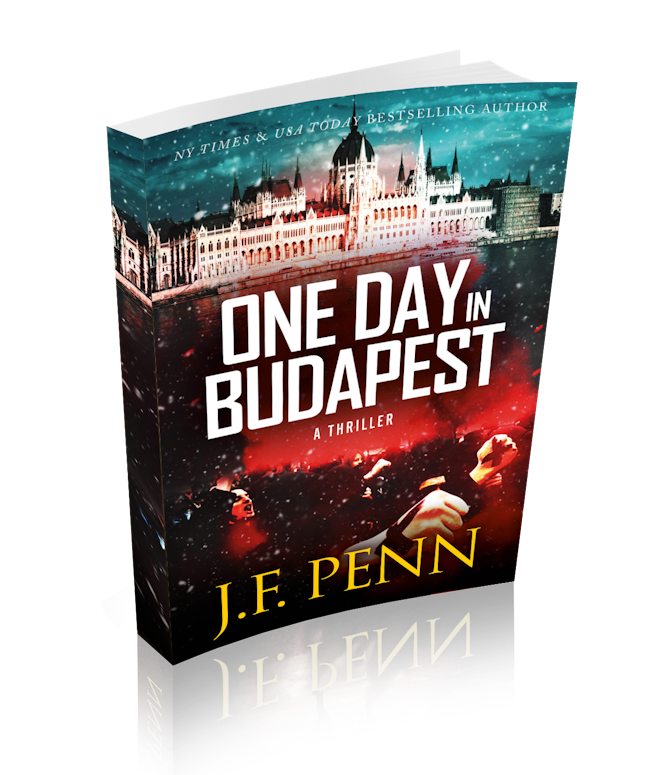 One Day in Budapest, ARKANE Thriller #4

By Joanna (JF) Penn
A relic, stolen from the heart of an ancient city. A terrorist plot that echoes back to the dark days of the Second World War.

Budapest, Hungary. When a priest is murdered at the Basilica of St Stephen and the Holy Right relic is stolen, the ultra-nationalist Eröszak party calls for retribution and anti-Semitic violence erupts in the city.

Dr. Morgan Sierra, psychologist, and ARKANE agent, finds herself trapped inside the synagogue with Zoltan Fischer, a Hungarian Jewish security advisor. As the terrorism escalates, Morgan and Zoltan must race against time to find the Holy Right and expose the conspiracy, before blood is spilled again on the streets of Budapest.

One Day In Budapest is a chilling view of a possible future as Eastern Europe embraces right-wing nationalism. A conspiracy thriller for fans of Daniel Silva, where religion and politics intersect.

Download includes mobi for Kindle, ePub for other e-readers, and PDF.