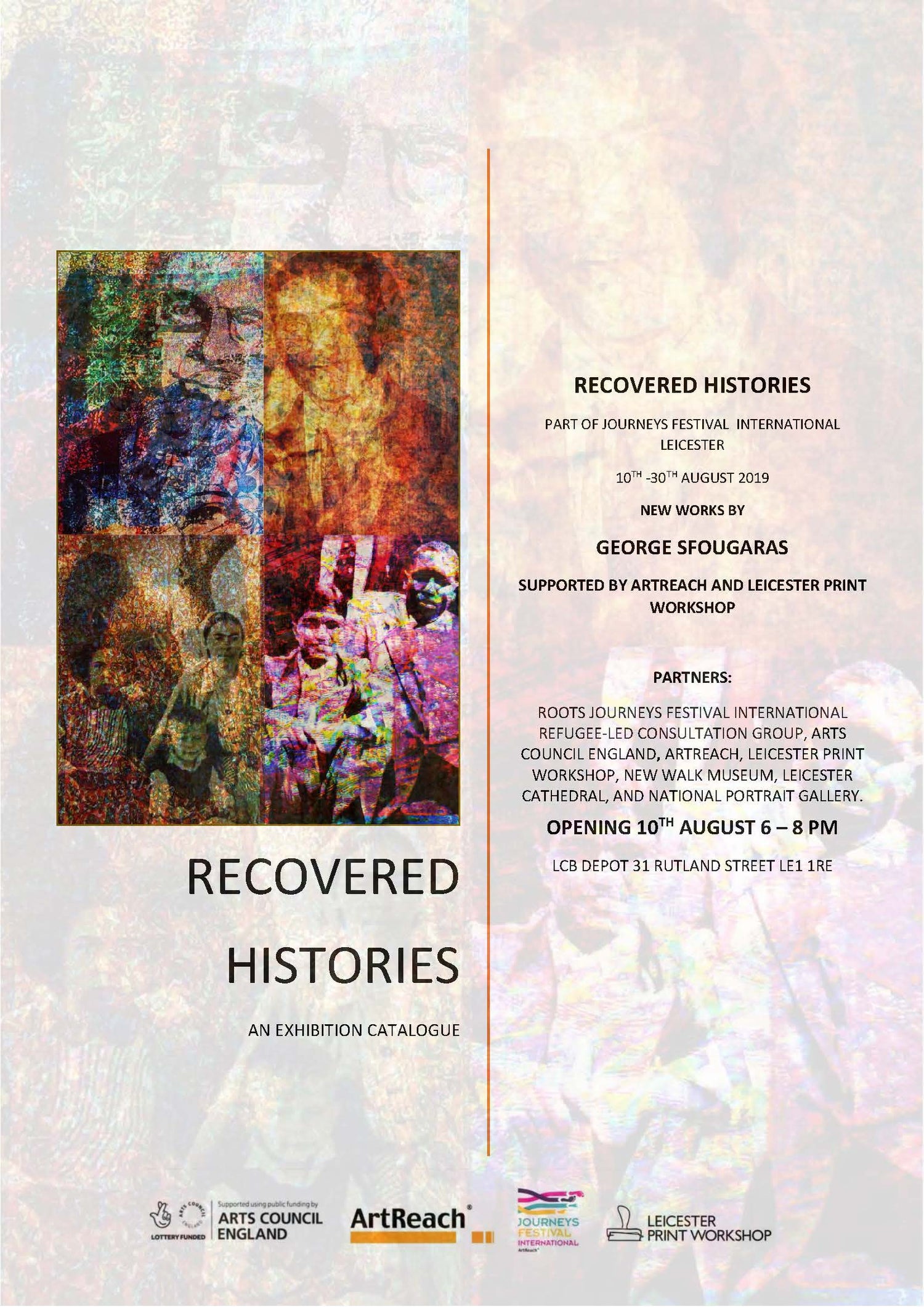 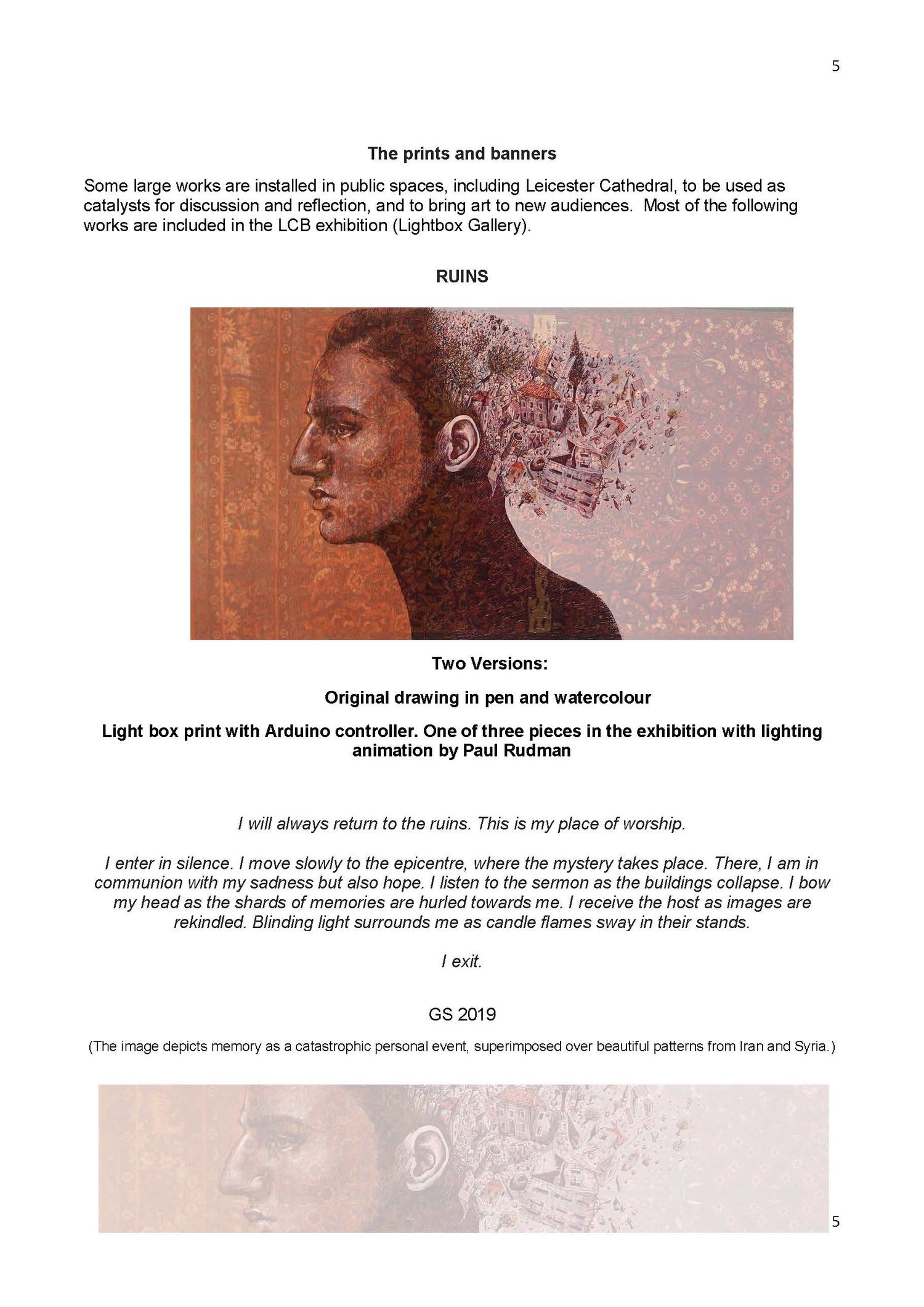 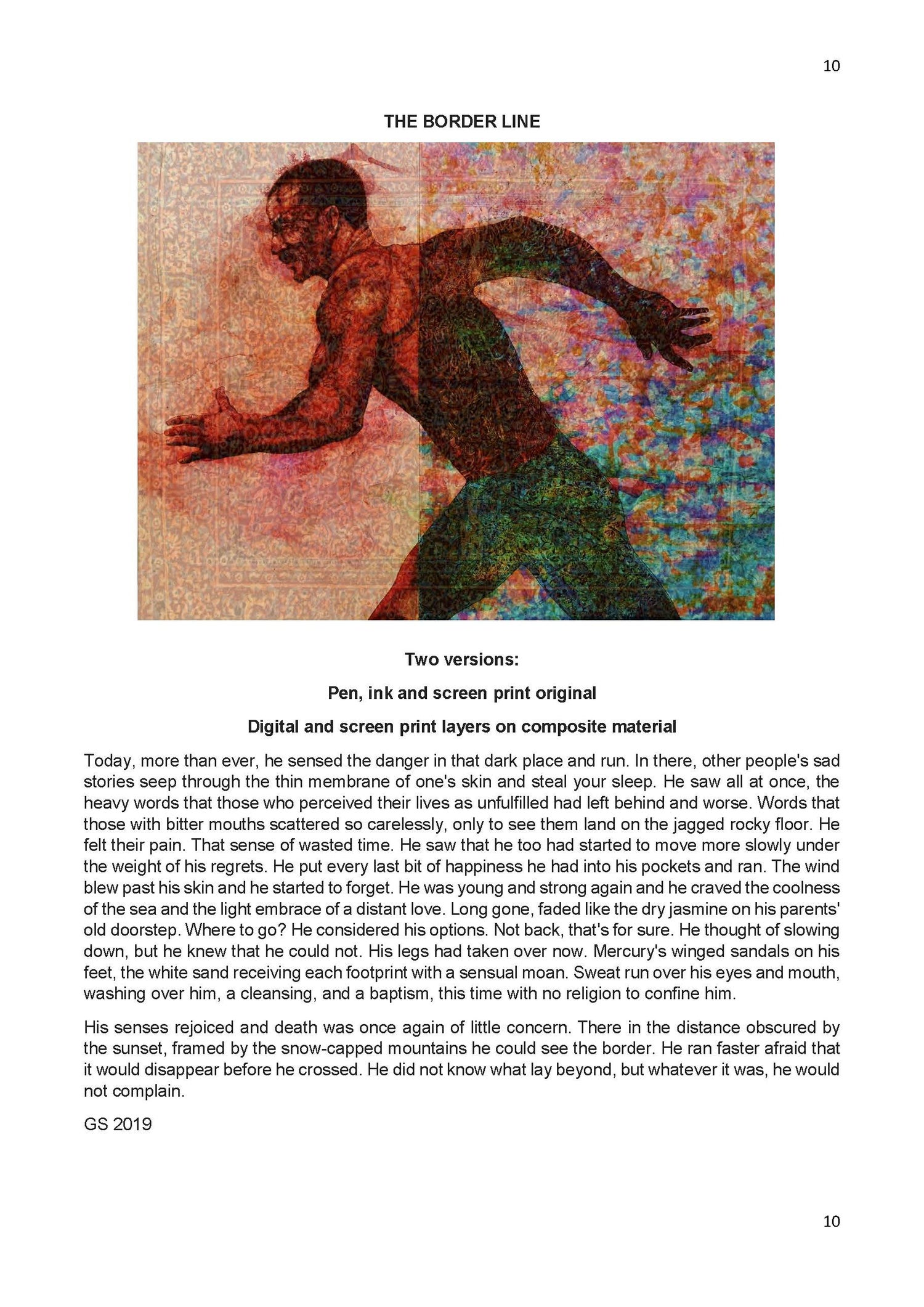 On Sale
£8.00
£8.00
Added to cart
Introduction by the artist
I have been working on the theme of layers for a while, the stories unfolding over archetypal faces
and in the form of annotated maps.
It is in this context that I started to make the works which contained several pictorial planes, covering,
hiding, uncovering and re-covering parts of the many layers. I played around with the idea that most
often we see only the surface, when beneath there is a wealth of knowledge and information. The
works have been informed by my own experiences, from the resettlement of my parents on the basis
of religion, to my own, as an adolescent migrant. I also had the privilege of working with others whose
lives have been shaped by the pain of displacement.
The physical journeys and their emotional impact are at the core of this body of work. The desirable
trajectory of the recovery process is described as follows: Succumbing, Surviving, Recovering and
Thriving. In the real world, however, recovery is a cyclical process. The above words were the original
title of the project. I used them to help me compose the images and patterns. In essence, they are
the dark and the light in the works.
The banner works are on material that alludes to the hessian sacks that contained the crop of raisins
my grandparents harvested every year. This was a kind of agriculture brought to Crete from Asia
Minor with the refugees. The hands that appear in places sometimes almost hidden have the dual
meaning of giving and of taking, of offering help and of committing violence. The patterns used allude
to cultural inheritance. I have used the motif of the Tree of Life, which exists as a powerful symbol in
many cultures. Some hand-printed layers become apparent only when we examine the surface,
particularly some of the digital prints, which at first appear to be totally mechanical. In the back-lit
works, the good and the bad memories flicker through the top layer. Light and curiosity reveal new
details the way that research does.
Faces from the several families are layered, manipulated or juxtaposed alongside these and other
elements. The surfaces reveal and conceal intermittently, or have information that is obscured or has
been removed after being applied, leaving but a trace. The films, particularly the film by Kate
Drucquer, add another narrative strand and animate these histories.
Finally, there are some parts that will only appear when the audience leaves. What could not easily
be seen in the light will appear for a while in the darkened gallery space. Memories, like the
phosphoric ink used in these layers, will appear fleetingly, like ghosts in the night.
This is a body of work which has taken me into new techniques and methods but importantly has
brought me into contact with many wonderful people. Their contributions have been invaluable in
making this work. There is further information about these partnerships and the works in the
catalogue. I am indebted to Rita Hindocha for illuminating my motives in her generous foreword.
To recover the past is not an act of nostalgia or morbid curiosity. It is an important function of a time-limited life: to learn from those that preceded us and to hand down important information. We cannot
forget the mistakes of the past, nor the people and the experiences that have shaped us. In recovering
those individual and collective narratives we are able to feel, acknowledge, learn and forgive.
George Sfougaras, July 2019
You will get a PDF (7MB) file