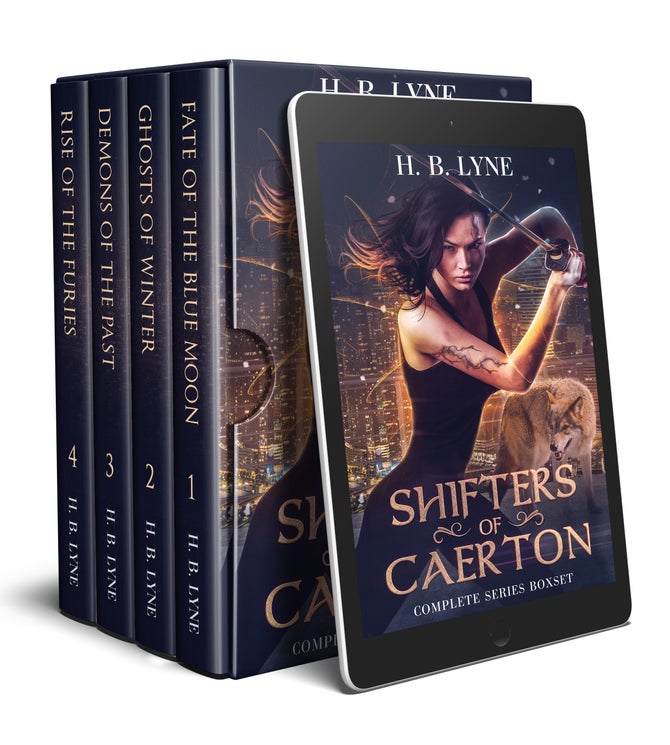 Ariana Yates has always wanted a somewhat normal life. As long as she can keep winning martial arts trophies. She thinks she has it all – a career, a reputation and maybe a decent guy in her life.

But when the moon's phase shifts, Ariana gets sick and she is transformed into a shifter with incredible power. She is plunged into a dangerous shadow world, full of demons, shapeshifters and threats to humanity—as well as a secretive cult intent upon destroying the world.

To protect those she loves most, Ariana must distance herself from them and take control of her new powers…before her enemies destroy her. But can she overcome her humanity and embrace the beast within? Does she even want to?

For the first time in one complete omnibus, Shifters of Caerton is a dark urban fantasy thriller that will intrigue you and twist your world upside down.

Who is hiding the deadliest secret? Buy Shifters of Caerton today to uncover the truth.

Plus the short stories:

From the Ashes
The Storm Riders' Vigil
Dark Echoes

This series was previously published under the titles Echoes of the Past: Seeds of Autumn, Ghosts of Winter, Tides of Spring; and Reaping of Summer.