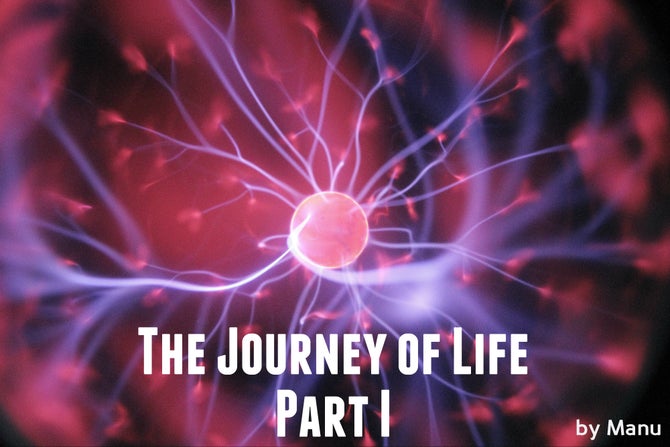 The Journey of Life - Part I

By In Me I Trust

You are the result of a long journey already travelled, but one that is most certainly not at its end!

This book draws the picture of what the most recent evolutions in human knowledge have delivered as to the birth of this Universe and… of the human race. You get an overview of what the sciences, as these have been developed in the Western world the past centuries, have discovered so far, from the birth of the Cosmos up to the day you are reading this book. In many cases the scientific knowledge of current times is a translation and rediscovery of what the “wise” of ancient times already had discovered, and tried to convey in symbolic.

After this reading Part I you will be able to converse about the beginning of this Universe, about the different models circulating these days on this topic, about our Solar system and its birth, and about life on Earth… up till today. Also about what separates you as a human being. This Part I gives you an overview of the most recent insights which humanity has acquired through the scientific way of thinking and analysis, mixed with what the sages of olden days already knew – things that are at least just as important to understand what Life, your life, is all about.

From the "In Me I Trust" book series, also read "The 7 Seals", "Symbolism & Sacred Geometry", "Duality at the Surface, Oneness Underneath", and "The Journey of Life - Part II".

From the author also read "In You you should trust".