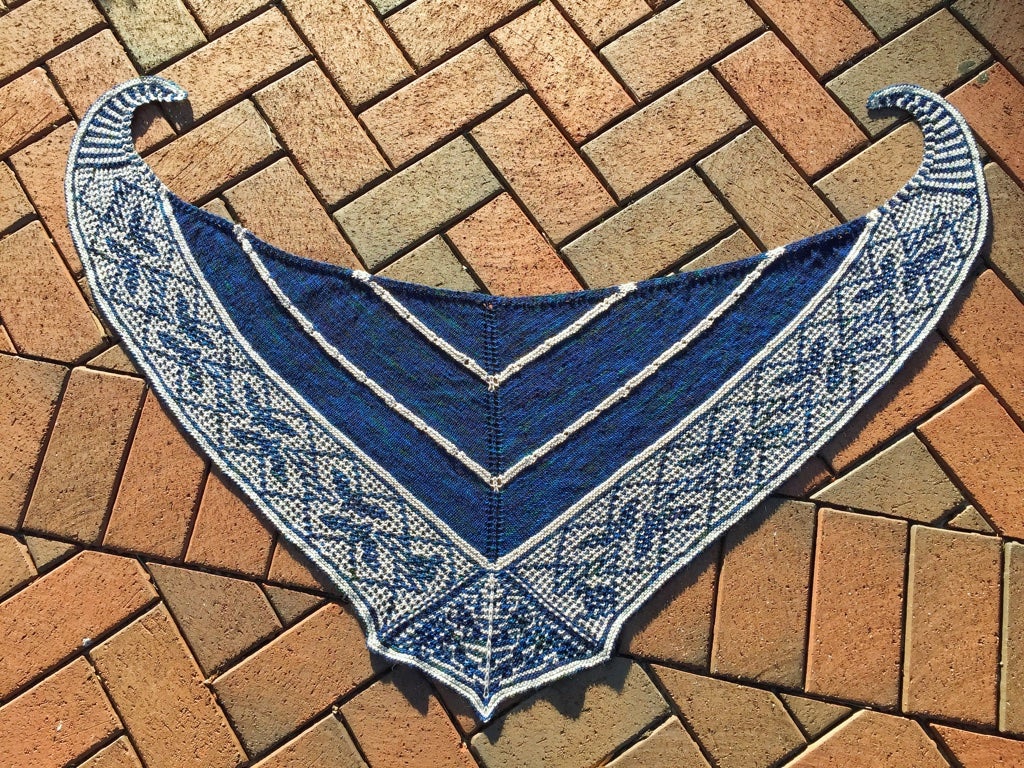 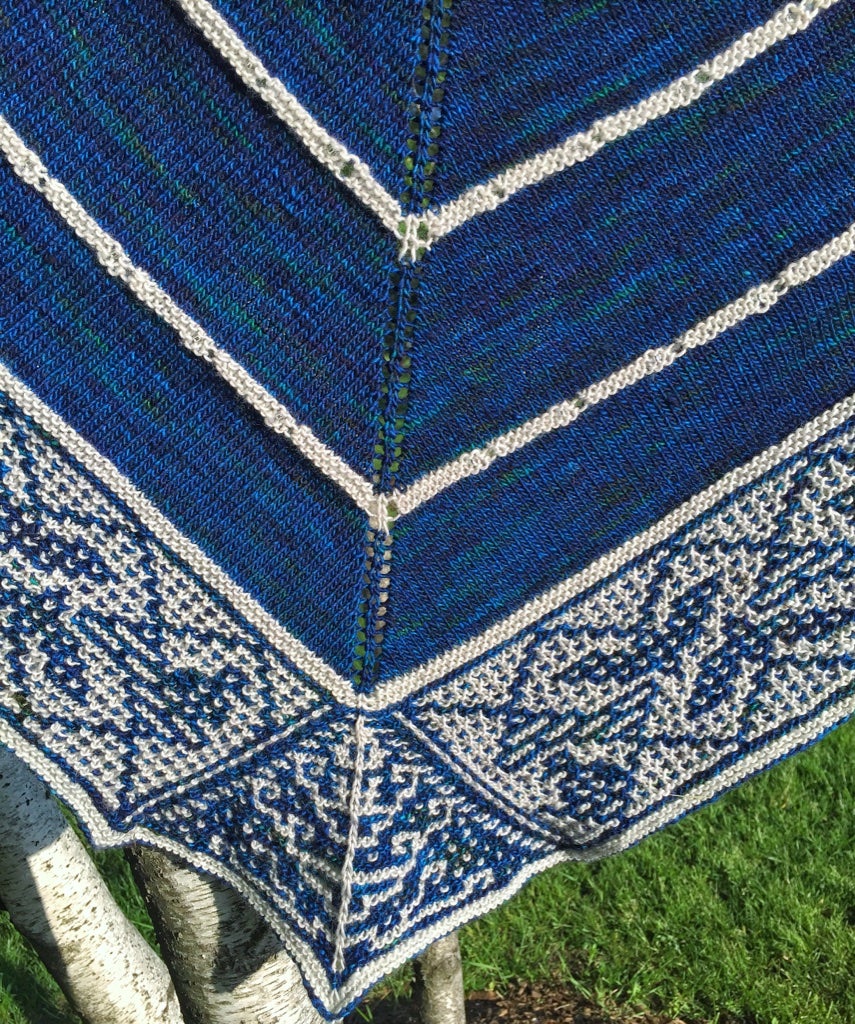 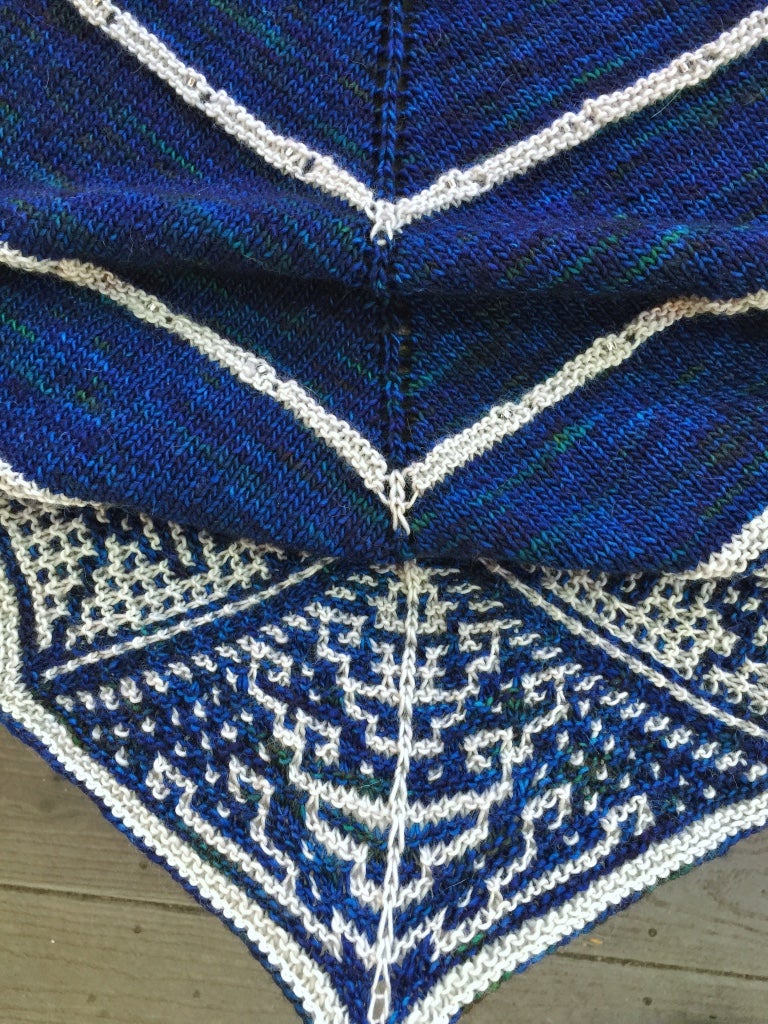 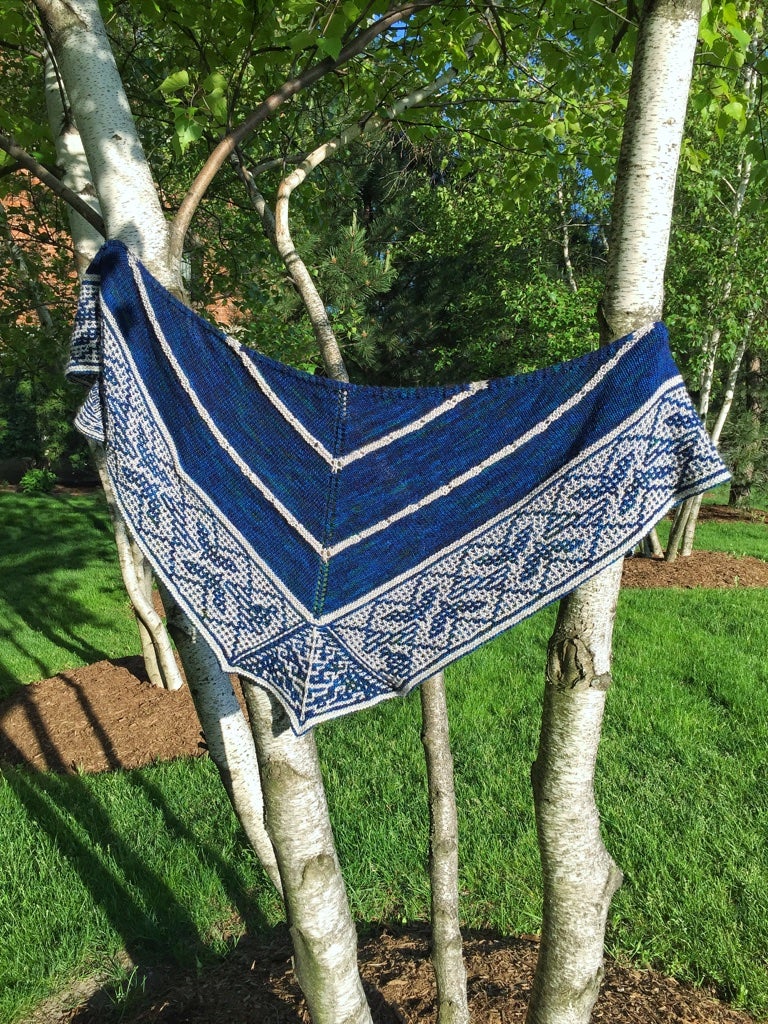 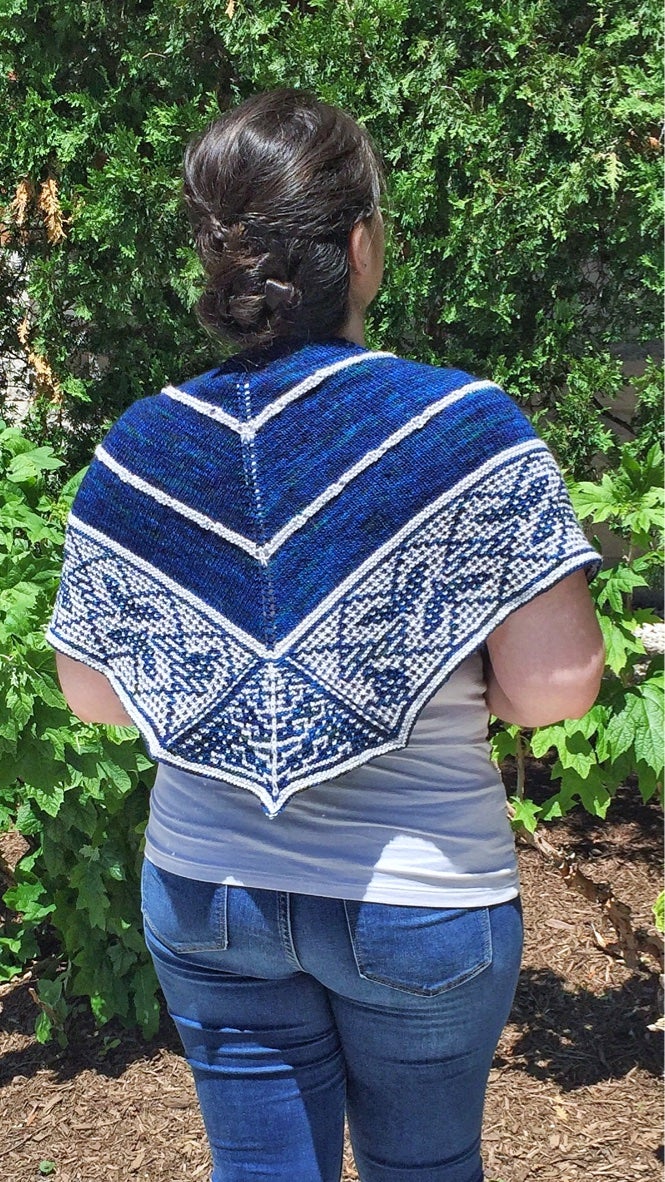 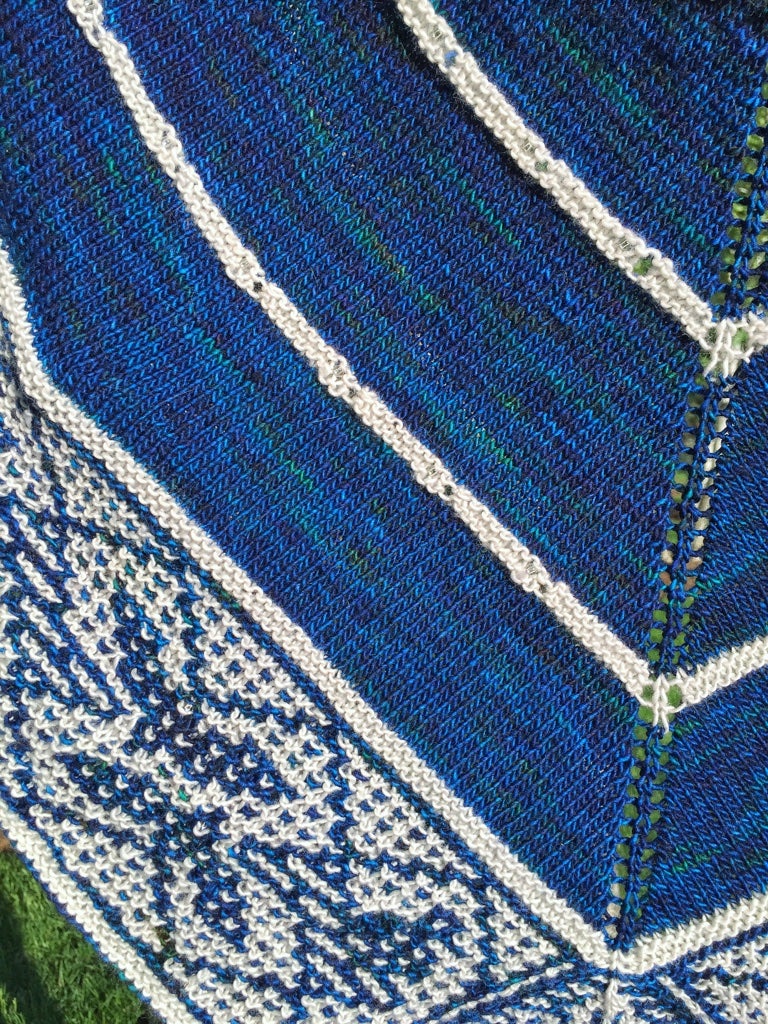 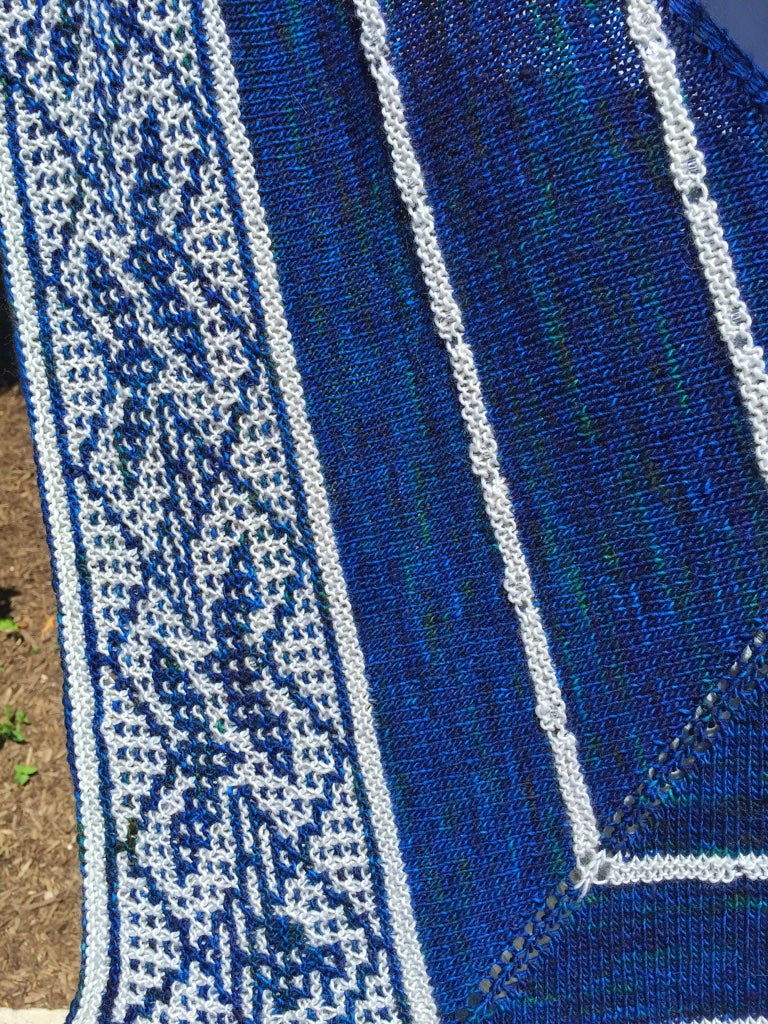 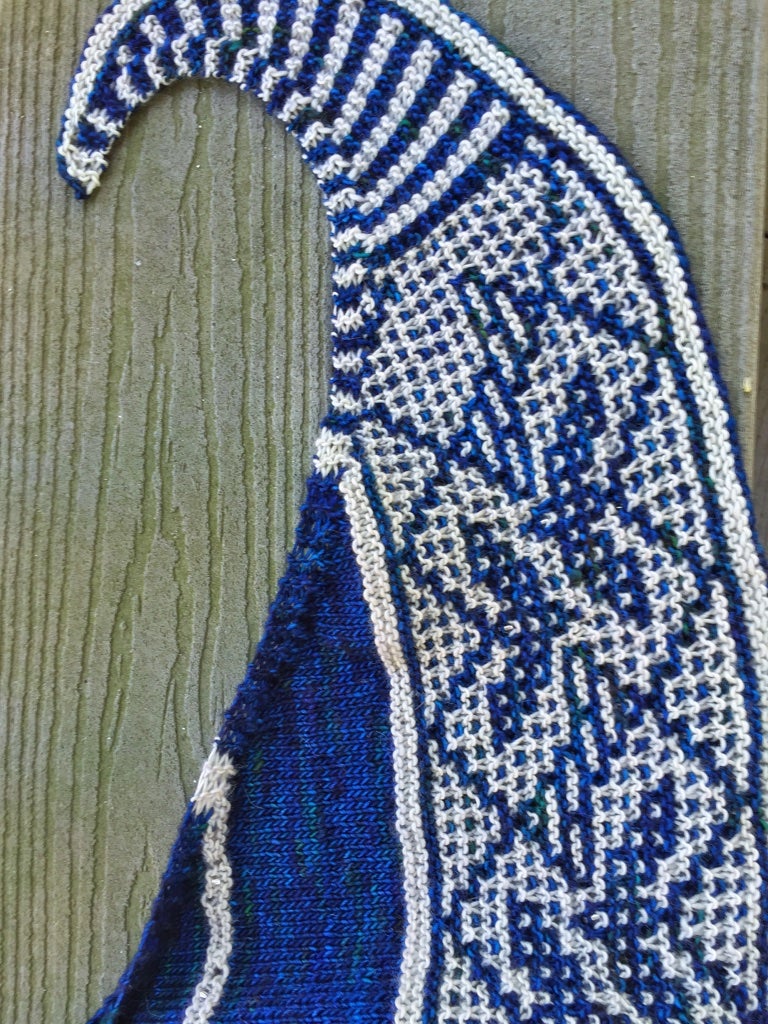 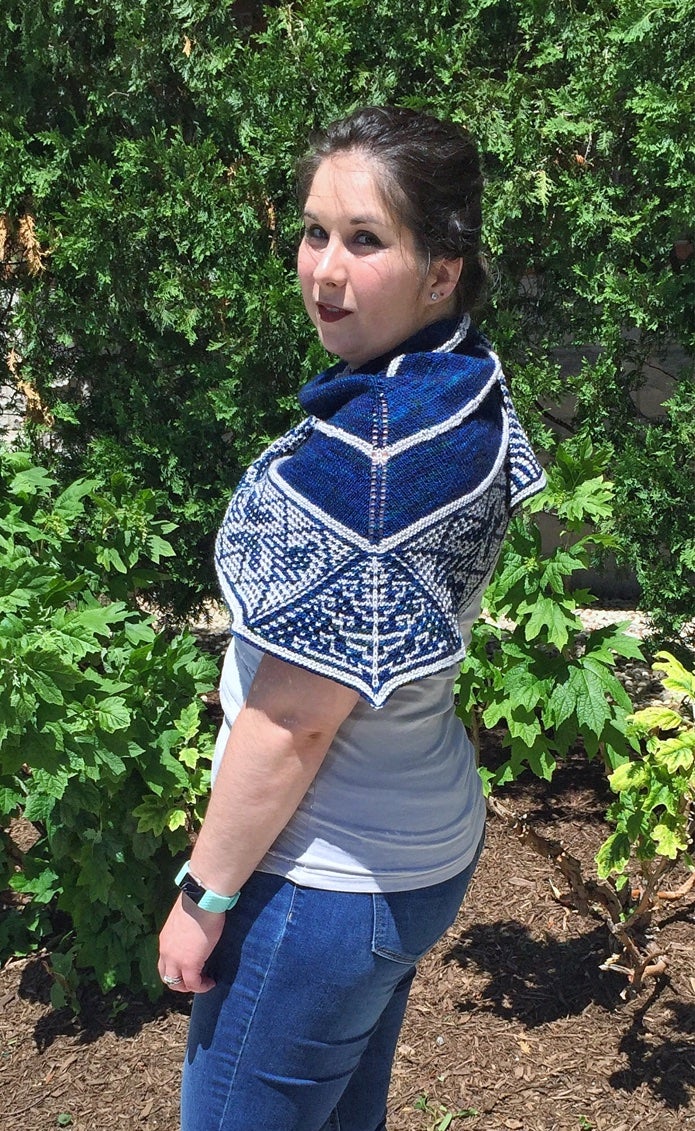 On Sale
$7.00
$7.00
Added to cart
I’ve been a mythology nerd pretty much my entire life. Greek, Norse, Japanese, you name it, I love it all. So, when I picked up Neil Gaiman’s excellent book American Gods, I was immediately enthralled by his modern take on my mythological favorites. I found Mr. Wednesday, Gaiman’s sly, American version of Odin, to be particularly magnetic. What con will he pull next? As I followed Mr. Wednesday, his ravens, and the other gods through the novel, a design started taking shape in my head, heavily influenced by Mr. Wednesday’s Norse origins as Odin. I greatly enjoyed using two of my favorite knitting techniques - beading and mosaic knitting - to weave different aspects of Mr. Wednesday/Odin’s mythology into this shawl design:
Wearing the finished product and knowing all the mythology woven into it makes the book nerd in me so happy. If you want to please your inner book nerd, grab a glass of mead, pop on the audiobook (or TV show!) of American Gods, and give Mr. Wednesday a little faith to go on as you knit up some literary fun!

This pattern has been tech edited and test knit.
You will get a PDF (1MB) file